Octopus cooked sous-vide is very flavorful and tender, and sliced thinly as carpaccio is a great way of serving it. Last year I prepared octopus carpaccio, but the slices fell apart. I tried adding gelatin and that didn’t help. Then I decided next time I would try to use a ‘meat glue’ enzyme called transglutaminase. I didn’t get around to doing that, and then I forgot about it until the succesful experiment I performed with Activa and duck breast. I prepared it exactly the same way, except that I added 2% transglutaminase by weight. And guess what? It worked! Perfect slices that didn’t fall apart. 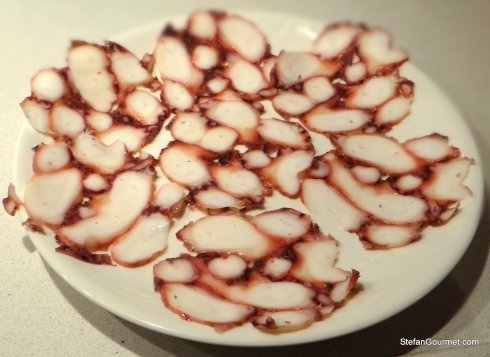 When you prepare this, I recommend you to serve it with parsley, lemon juice, extra virgin olive oil, and perhaps some cubes vine tomatoes. 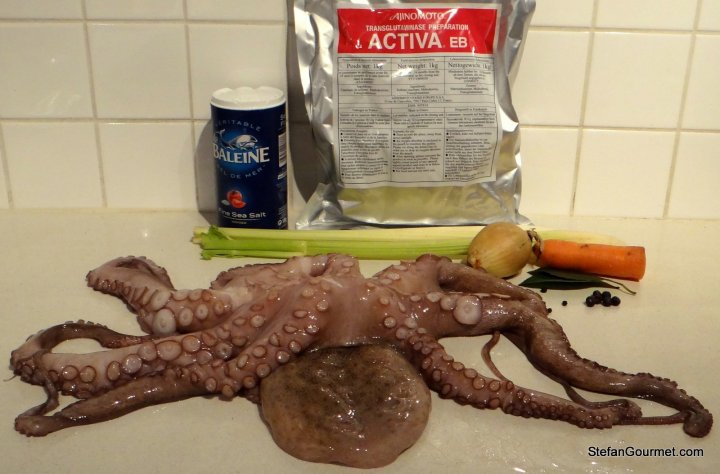 For 6 servings as an appetizer

Cut the tentacles off the octopus, but leave them whole. Vacuum seal the octopus with the bay leaves, carrot, onion, celery stalks, juniper berries, black pepper corns, and salt. 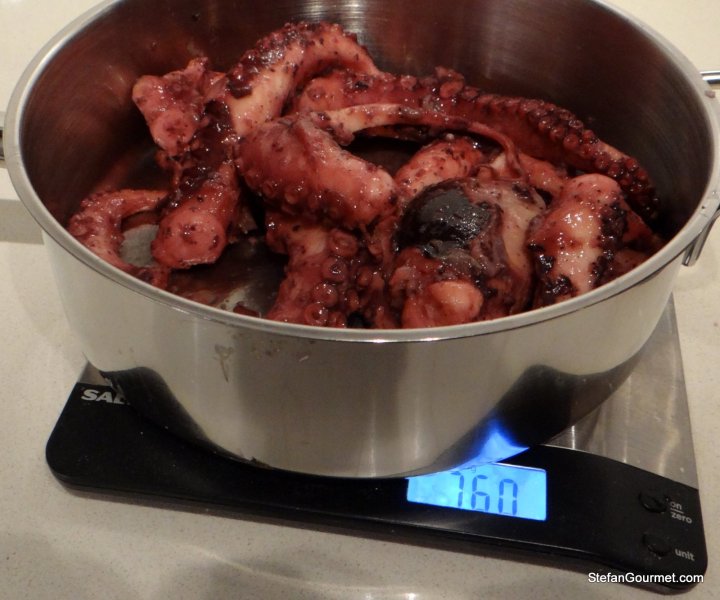 Drain the octopus and discard the aromatics. I checked the weight. Octopus loses a lot of liquid when it’s cooked, less than half of the original weight is left. 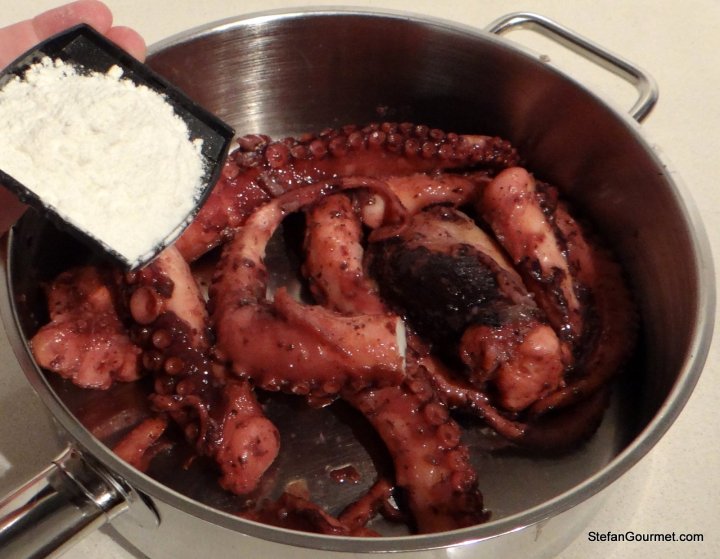 Calculate 2% of the weight of the cooked octopus and add that amount of transglutaminase.

Toss the octopus with the transglutaminase until it is coated on all sides. (Make sure to clean your hands and anything else that was touched by the Activa quickly, as it is very sticky stuff indeed.)

Take a plastic water bottle (still water, not carbonated) and cut off the top. The bottle needs to be at least 1 litre/1 quart. Arrange the octopus in the bottle. The tentacles should be arranged as vertically as possible to get nice slices later.

Press down on the octopus with an appropriate object — I used a bottle of olive oil that I cleaned first.

Make incisions in the plastic bottle above the octopus, about 1.5 cm (1/2 inch) apart. Cut off the top of the bottle such that the strips of plastic that are sticking out are about the same length as the diameter of the bottle.

Fold the strips towards the center to close the bottle, and wrap with plastic wrap. Allow to firm up in the refrigerator with a heavy object on top for at least 4 hours. 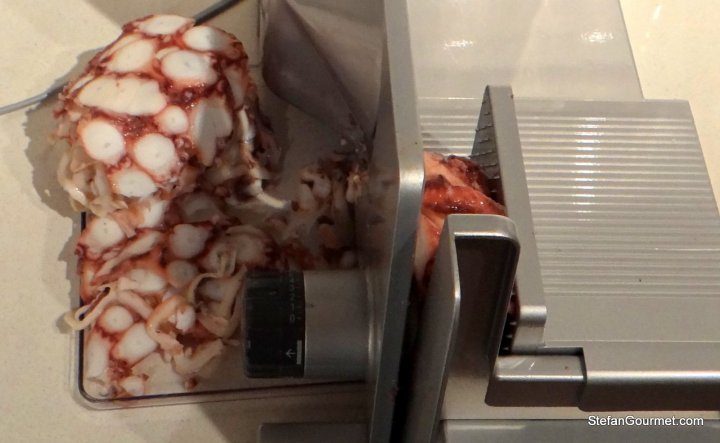 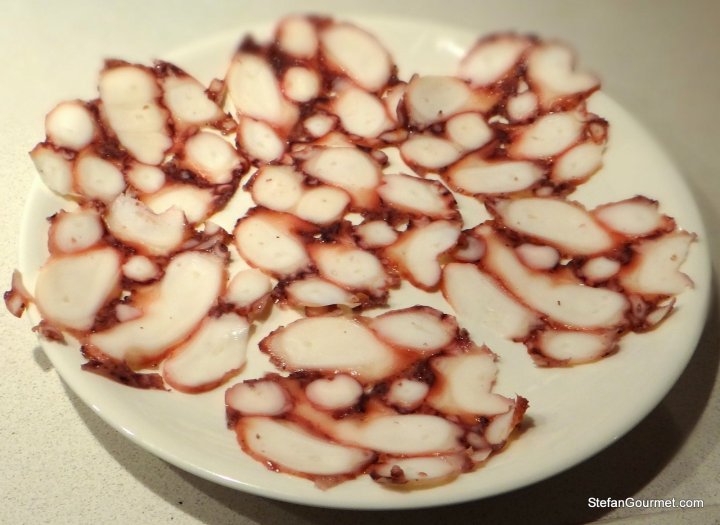