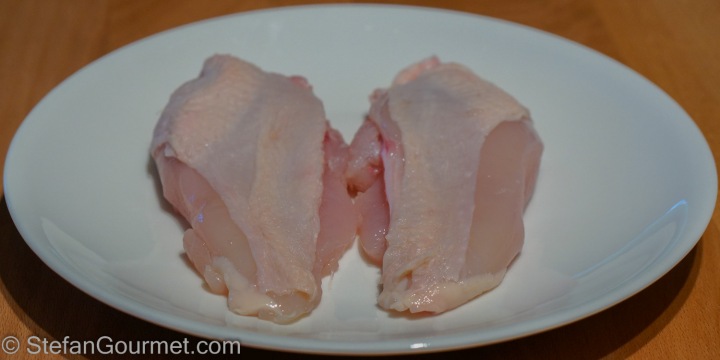 I started with the breast of a free range chicken. Both halves came from the same chicken, so it is a fair experiment.

I seasoned them with salt and freshly ground black pepper, and vacuum sealed them.

Then I quickly chilled it in (ice) cold water and refrigerated it, while the sous-vide cooker heated up to 60ºC/140ºF for the other chicken breast.

I cooked that one for 1 hour at 60ºC/140ºF and also chilled and refrigerated it. To try and make the comparison as fair as possible, I chilled both. 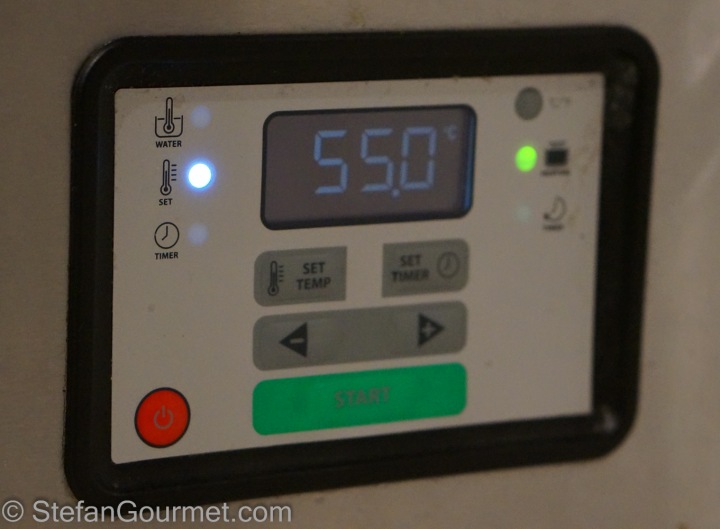 When it was dinner time, I set the water bath to 55ºC/131ºF to warm up the chicken breasts for 20 minutes or so, just enough to warm them through. This temperature will hardly ‘cook’ them any further.

I patted them dry with paper towels…

…and browned them quickly over high heat in clarified butter.

The verdict? I can see why Modernist Cuisine says they prefer the texture at 60ºC/140ºF, but I must say that both are fine and the difference is so small that I don’t think most people would notice it outside of a side by side experiment.

Another advantage of using 60ºC/140ºF is that a shorter cooking time will suffice to achieve pasteurization (20 minutes instead of 33).