Cannoli are Sicilian tubes of deep-fried pastry stuffed with sweetened sheep’s milk ricotta. Traditionally they were prepared for carnevale, but nowadays they are prepared year round and not just in Sicily. The stuffing can be enriched with chocolate chips, candied fruit, or nuts such as pistachios. I served them as dessert for Christmas this year. 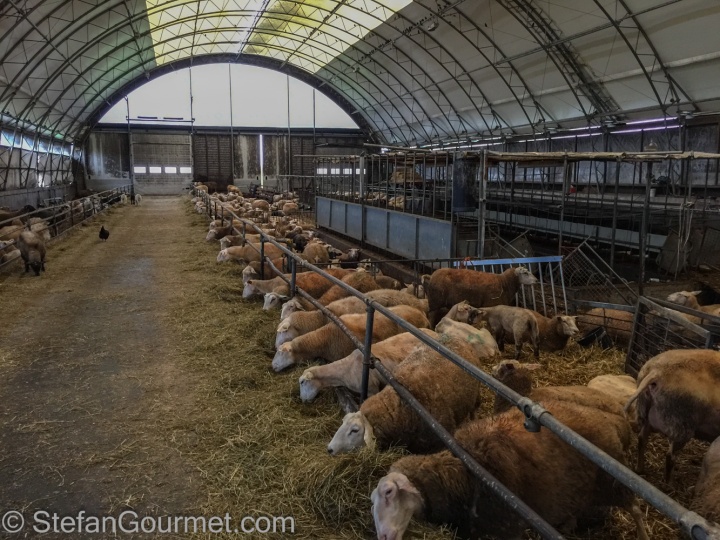 In the Netherlands we do have sheep, but mostly for their meat (lamb, not mutton). There are only a few sheep dairy farmers, and that milk is mostly used to make cheese. But I managed to find a sheep dairy farmer at ‘only’ 60 miles away and so I went home with 4 litres of fresh sheep’s milk to make my own sheep’s milk ricotta!

Back home I turned this into ricotta, which is an easy process that I described before in more detail. It comes down to heating the milk to 80ºC/180ºF, adding 30 ml (2 Tbsp) of distilled vinegar per litre (1.05 quart) of milk, stirring, allowing the milk to curdle for two hours, and then allowing to drain in a cheese cloth for two more hours. Each litre (quart) of sheep’s milk will get you about 250 grams (1 cup) of ricotta.

The sheep’s milk ricotta had a very elegant taste, less pungent than I had expected, and I thought the texture was a bit too dry. So I added back a bit of the whey that had drained from it, and processed it in the food processor until it had the right consistency.

For real Sicilian cannoli you need another ingredient that is not common everywhere, which is lard (strutto in Italian). Lard (reuzel in Dutch) is simply rendered pork fat and should not be confused with Italian lardo (cured fatback, similar to pancetta and guanciale but mostly fat with hardly any meat). If you can’t find lard, you can simply make your own by buying fresh pork fat and rendering the fat from it. Original cannoli need lard for both the dough and deep frying, but nowadays the deep frying is often done in vegetable oil.

Finally, you will also need metal tubes as shapes for the cannoli (“cream bun tins”). They should be about 13 cm (5 inches) long and have a diameter of about 2-2.5 cm (1 inch). A non-stick coating and a slightly conic shape will make it easier to remove the cannoli once they are fried.

And now the recipe for the cannoli, which I have based upon GialloZafferano. Sicilians have a sweet tooth. If you don’t like desserts to be very sweet, reduce the amount of sugar to be mixed with the ricotta.

oil or lard for deep frying

Mix with a paddle attachment until the dough comes together. The dough should have the same consistency as fresh pasta dough. Add a bit more flour if the dough is too wet and sticky or a bit more marsala if the dough doesn’t come together.

Switch over to the dough hook and knead for 5-10 minutes or until the dough is smooth and elastic.

Wrap the dough in plastic film and refrigerate for half an hour. 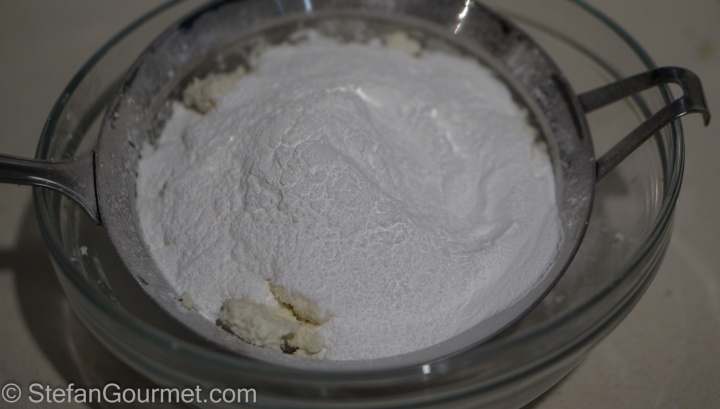 Meanwhile, combine the sugar and ricotta and push through a sieve to make the ricotta smooth. (As an alternative, a blender or food processor also does the trick. It’s not traditional, but I doubt you could tell the difference.) 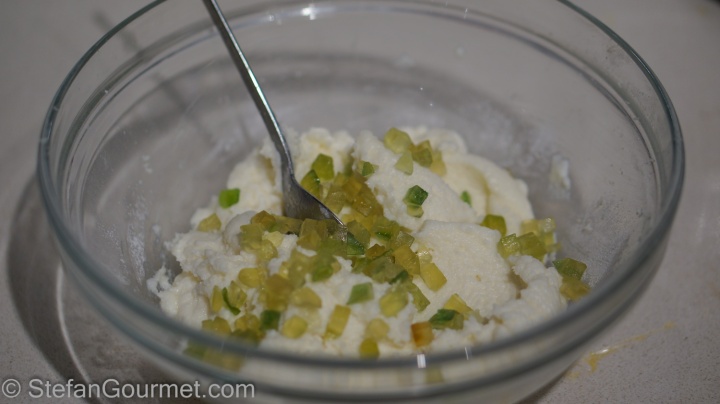 Add the candied citron or chocolate chips to the ricotta and stir to mix.

Transfer the ricotta to a piping bag and refrigerate until needed. 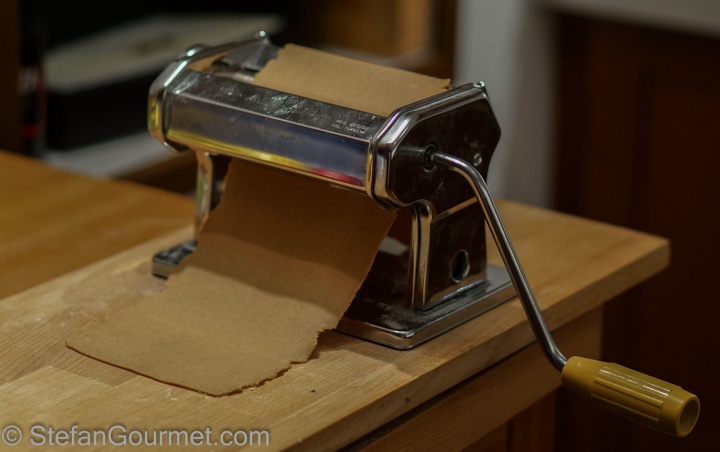 Once the dough has rested, roll it out like fresh pasta dough. On my pasta machine with 1 the widest setting and 9 the thinnest, I roll it out to setting 6.

Cut out circles with a diameter of 10 cm (4 inches) with a cookie cutter or similar tool.

Stretch each circle into an ellipse with your hands or a rolling pin.

Roll the dough around the cannoli tube. Brush a bit of egg white on the dough to seal. This is important, as otherwise the cannoli will open when you fry them. (Believe me, I found this out the hard way.)

I used only 4 tubes, as they cool off quite quickly so you can re-use them.

When lifting the pastry tubes out of the oil, make sure to tilt a little to allow the oil from inside the tubes to drain.

Allow to drain on kitchen paper. 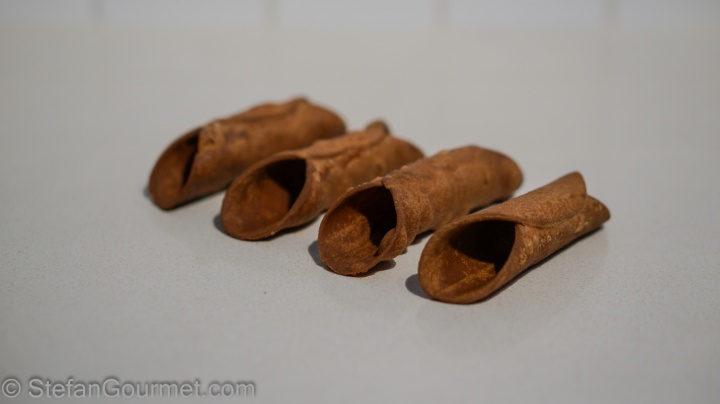 To remove the metal tubes, hold down the tube with one hand while lifting the pastry with your other hand. Do this carefully to avoid breaking them.

Allow the pastry rolls to cool to room temperature, then store them in an airtight container until it is time to serve them.

Fill the cannoli only at the last minute, as the filling will make them soggy. Ask someone to hold the cannoli while you fill them.

Garnish the cannoli with a candied cherry and powdered sugar.

A Sicilian moscato passito is a fitting choice that works well.