I prepared this dish a couple of months ago and neglected to blog about it. Although Stefano presented it as a summer dish, it is great for autumn as well. Celery is often used in Italian cooking together with onions and carrots, but in this dish it shines on its own. Celery is braised in a tomato sauce, and then served as a side dish on its own, or over pasta. I did the latter. Kees usually likes all the food I cook, but in this case (as I could have expected, because I know he hates celery) he refused to eat it. But if you like celery, this is really nice. The celery needs to be braised until it is tender, which can take quite a while. The reason for that is that the acidity of the tomatoes actually keeps the celery firm. For a shorter cooking time, you could first blanch the celery in water with a bit of baking soda. Baking soda is alkaline and has the opposite effect of acid on cooking the celery. 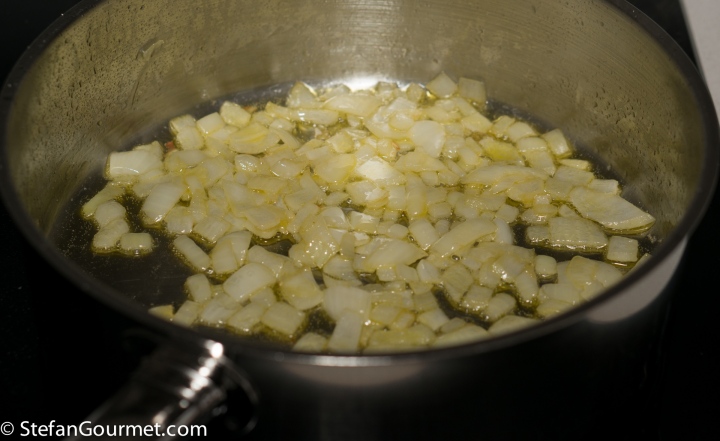 …until the onion is soft and fragrant. Then add the minced garlic, and stir for another minute, making sure not to allow the garlic to brown (which would make it bitter).

Puree the can of tomatoes in the food processor, and add to the onions.

Season with salt and bring to a boil.

As soon as it boils, reduce the heat to a simmer.

While the tomato sauce is simmering, peel away and discard the tough fibers on the outside of the celery.

Reserve some greens from the celery.

Add the celery to the tomato sauce.

Stir to mix and bring back to a boil, then reduce to a simmer. 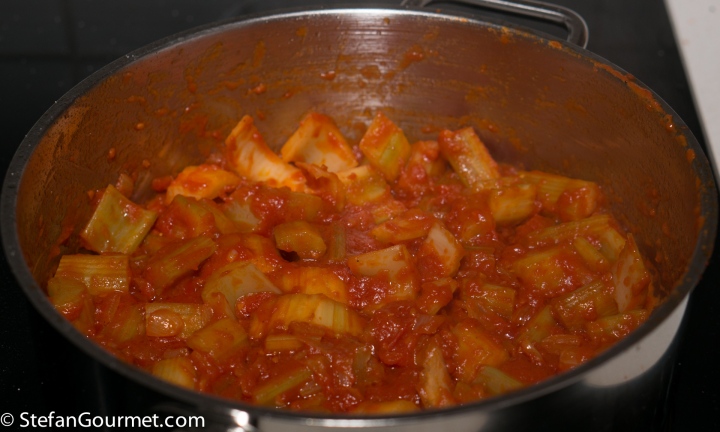 Cover and allow to simmer until the celery is tender, which could take as long as an hour.

If the celery is almost tender, bring a pot of water to a boil. 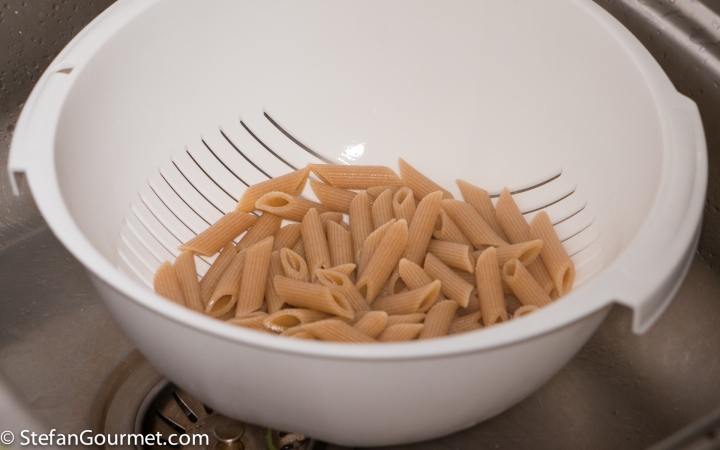 Boil for a minute less than indicated on the package for al dente, then drain.

Add the pasta to the celery. 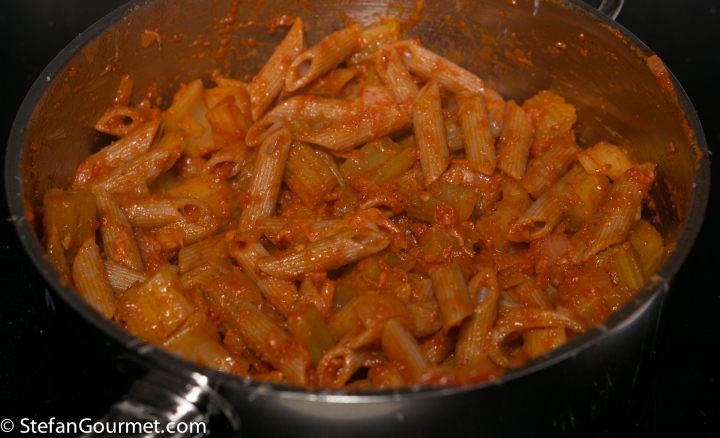 You can’t see it very well in the photo, but inside that rolled up eggplant under the melted mozzarella, basil and tomato sauce is a juicy piece of monkfish. This Monkfish alla Parmigiana is a very tasty dish indeed.