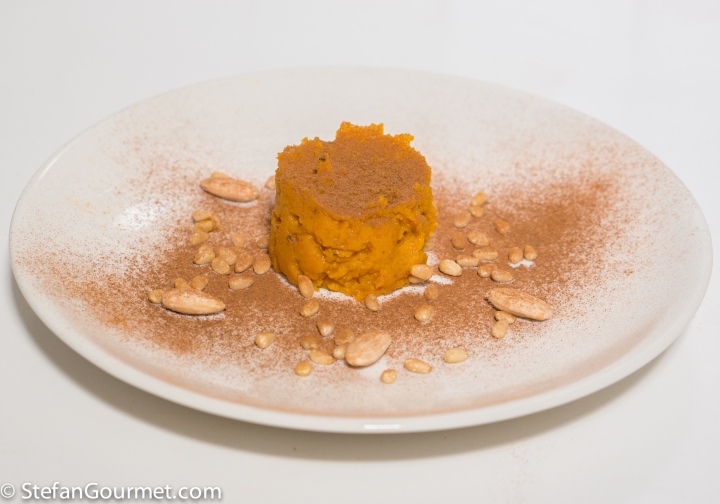 In a restaurant in Évora in Alentejo, Portugal, I had a simple local dessert that consisted of sweet pumpkin puree with pine nuts, almonds, and cinnamon. It was quite nice and prepared something similar back home; less sweet and using honey instead of sugar. 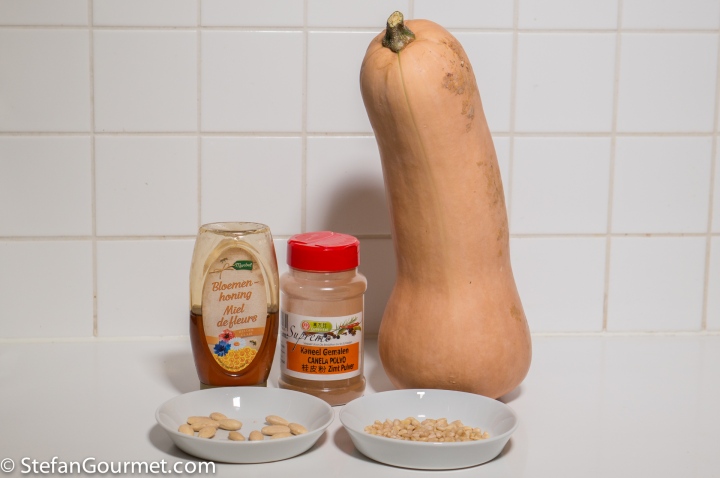 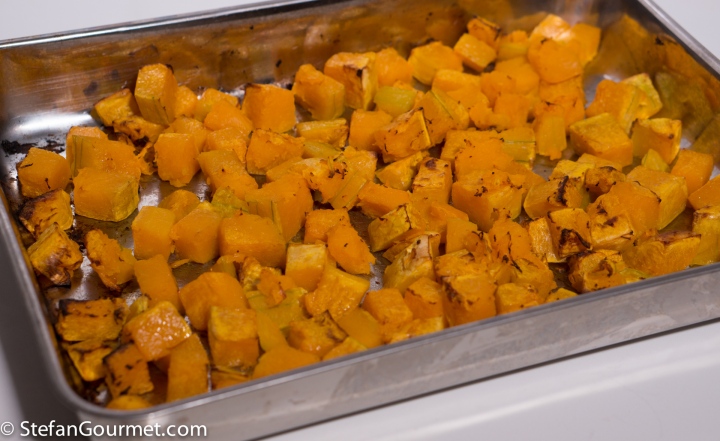 To add depth of flavor, it is nice to roast the pumpkin rather than steam it. Peel and dice the pumpkin, and toss it lightly with olive oil. Roast in the oven at 225C/440F, turning every 15 minutes, until tender and slightly charred, about 45 minutes. 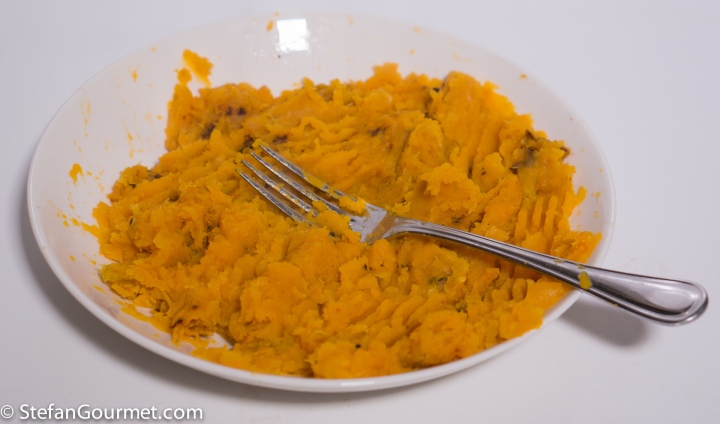 Puree the pumpkin with a fork… 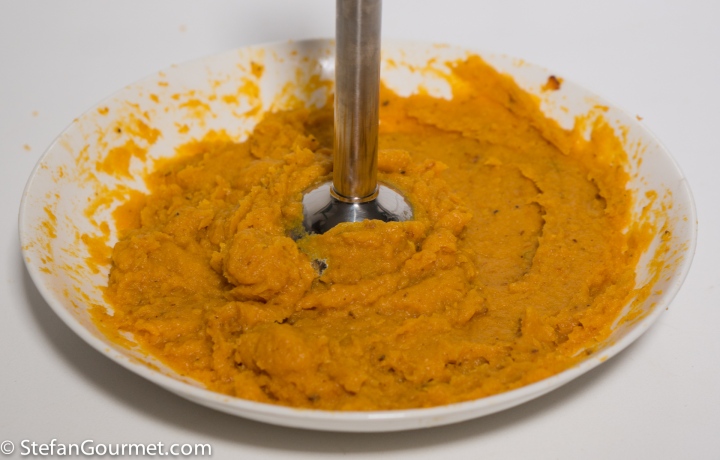 …but you could also use a blender or an immersion blender. 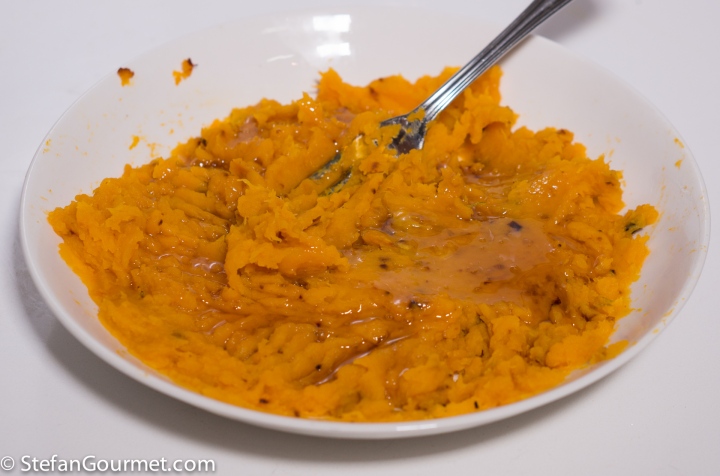 Season with a pinch of salt and add honey to taste.

Serve the with the toasted pine nuts, toasted almonds, and cinnamon. 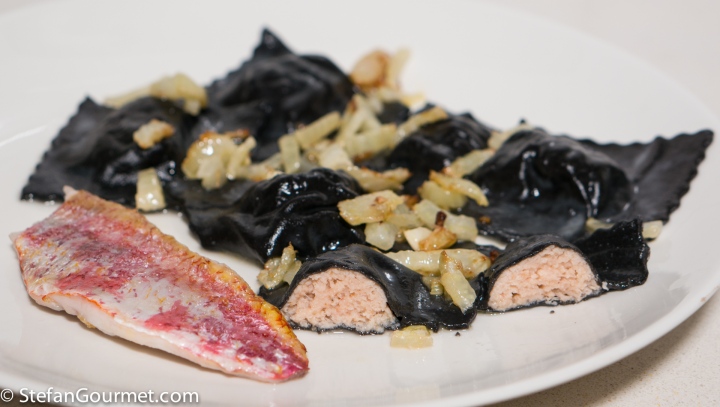 Black ravioli with mullet and fennel.