Barolo Chinato is a spiced wine from the Italian region of Piemonte that was invented as a medicine in the late 19th century by pharmacist Giuseppe Cappellano in Turin. Commercial versions of Barolo Chinato are matured for over a year in oak barrels, but it is possible to make a very acceptable version at home. That is great, because Barolo Chinato is very good with chocolate and chocolate-based desserts, and it is quite hard to find outside of Italy. After maturation in the bottle only it is not the same as the commercial product, but a very acceptable substitute. It is very easy to make and only requires some patience (about a month).

Barolo Chinato is made by steeping spices in pure alcohol, which is then added to Barolo DOCG wine together with sugar. After that it is matured.  Barolo Chinato has 16-17% alcohol by volume and about 20% sugar. The only spice that is mandatory is china bark, which has given Barolo Chinato its name. Other ingredients used include elderflower, roasted cocoa beans, raisins, gentian root, rhubarb root, wormwood, cinnamon, coriander, cardamom seed, clove, ginger, orange rind, juniper, iris flowers, mint, vanilla, and bay leaf.

Barolo Chinato has a complex and spicy flavor with nice bitters. Barolo Chinato should be made with good Barolo DOCG, but it is possible to make something similar using any full-bodied red wine. Lidl had a limited-time offer of an acceptable Barolo DOCG (12 euros/US$ 16), and that is what I used.

The nice thing about making your own Barolo Chinato is that you can adjust the spices used and the sweetness to your own liking. For my first experiment, I used this recipe that I found on an Italian blog. Francesca Lopresti says that it is an old recipe from 1932, which she got from a Piemontese noblewoman. The only thing I changed is the addition of sugar, because I think it is an omission in the recipe. 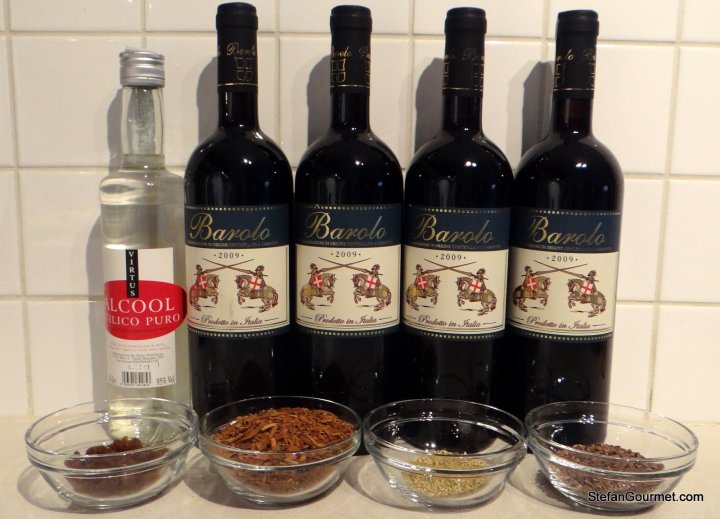 3 grams (about 1 Tbsp) of dried elderflowers 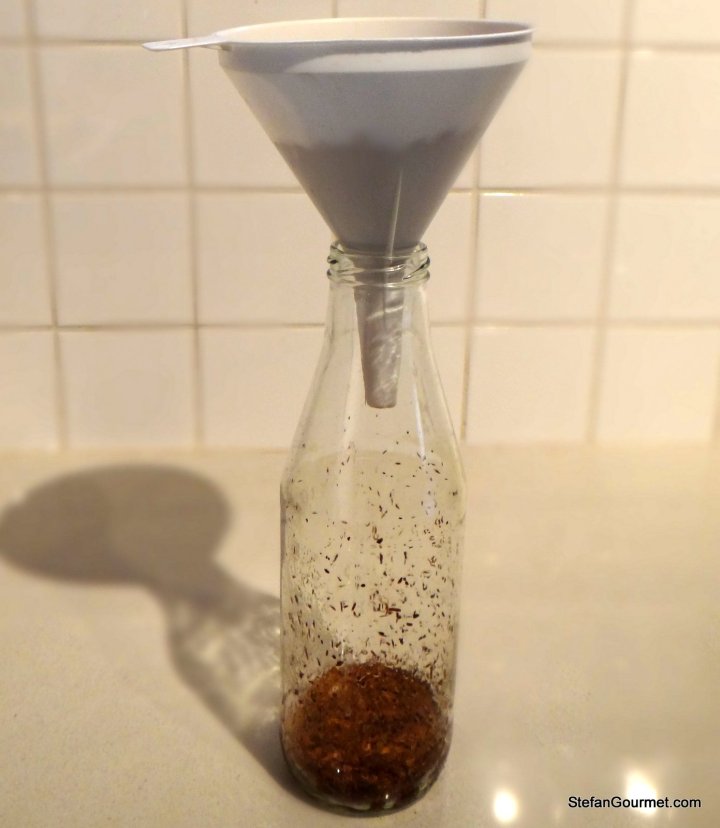 Shake to mix. Allow to macerate in a cool and dark place for 15 days. (You can shake the bottle every now and then for better flavor extraction.)

After the 15 days, filter the mixture with a cheese cloth. 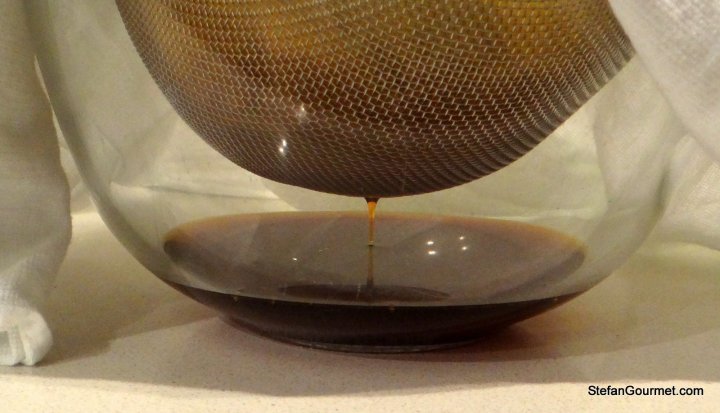 Wait until all the liquid has dripped out.

Pour the wine into a large pot. 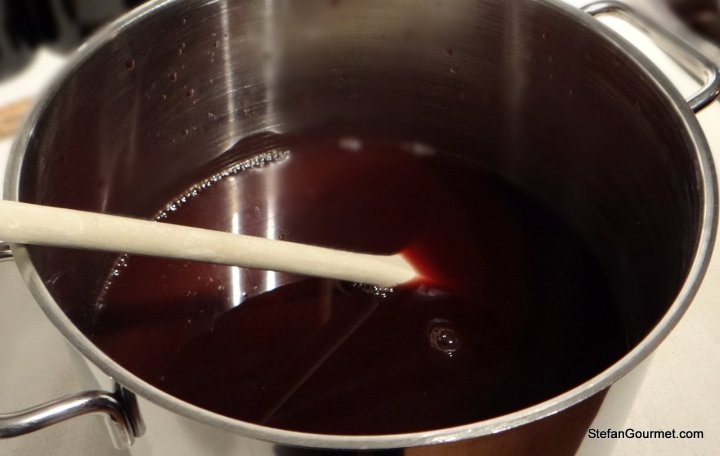 Stir until the sugar has dissolved completely. 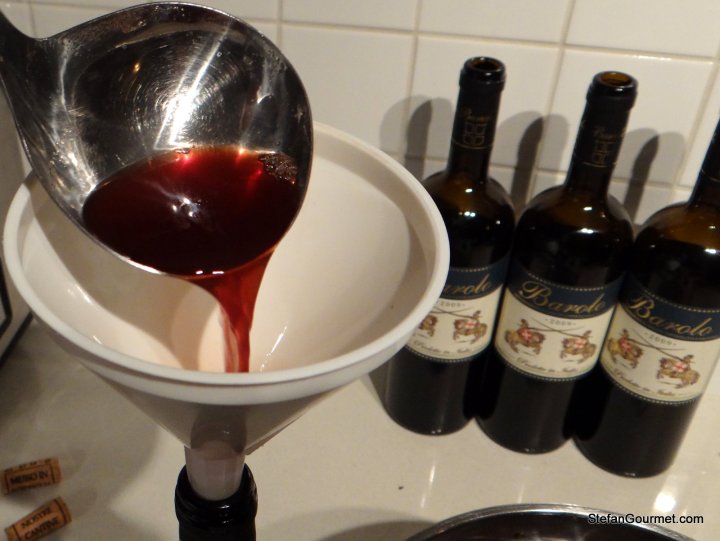 Transfer the spiced wine to glass bottles using a funnel. You can use the bottles that the Barolo was in, but the sugar and alcohol will have increased the total amount to about half a bottle more. Close the bottles with corks, and allow to mature for at least 15 days before drinking.

Serve between 18ºC/64ºF and 20ºC/68ºF by itself or paired with chocolate or a chocolate dessert. It is amazing with bunet, a traditional dessert from the same region.