This was the secondo of our Christmas dinner — yes I am running behind a little in posting as I also still have to post the primo — loin of hare with a sauce of port and amarena cherries and brussel sprouts with pancetta. The combination worked very well.

The sprouts were very nice as I used small ones, cooked them sous-vide, fried some pancetta and then tossed the sprouts in the pancetta fat and served it with the pancetta.

Unlike rabbit, hare is red meat and always wild as hare cannot be farmed. This gives the meat a deep flavor that can easily stand up to the strong flavors of sprouts, pancetta, and amarena cherries. Hare is unfortunately not commonly available in the US.  Loin of hare should always be served on the rare side of medium rare as it otherwise will be dry and taste of liver/metallic. Here’s what I did…

a few sprigs of fresh thyme

Remove the loins from the bone with a sharp knife. Don’t forget the tenderloins ont he bottom. Reserve the carcass.

The loins are quite thin so it is easy to overcook them. Since I have a big bag of Activa (meat glue) to use up, I decided to glue the two loins together, head to tail so the thick part of one loin would be joined with the thin part of the other and vice versa. This is entirely optional, but it does make for a nicer shape.

If using the Activa, vacuum seal and allow to bind for at least 6 hours in the refrigerator. 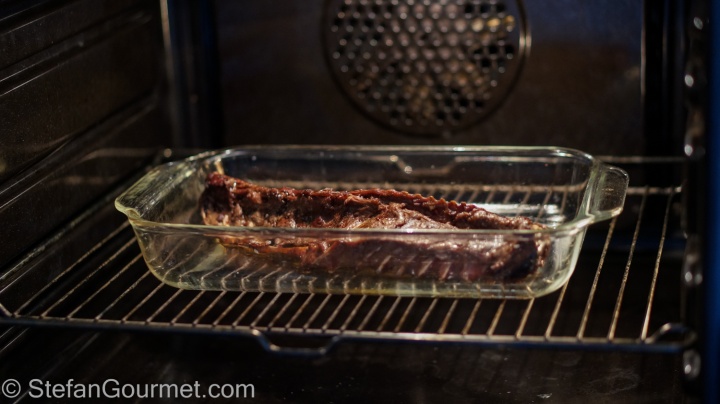 When it has finished roasting, put it in a stock pot or pressure cooker. Add the carrot, onion, celery, juniper berries and black peppercorns. Bring to a boil or bring to pressure.

Pressure cook for 1.5 hours or allow to simmer in a stock pot for 3 hours.

Then strain the stock with a fine sieve, discarding the solids. 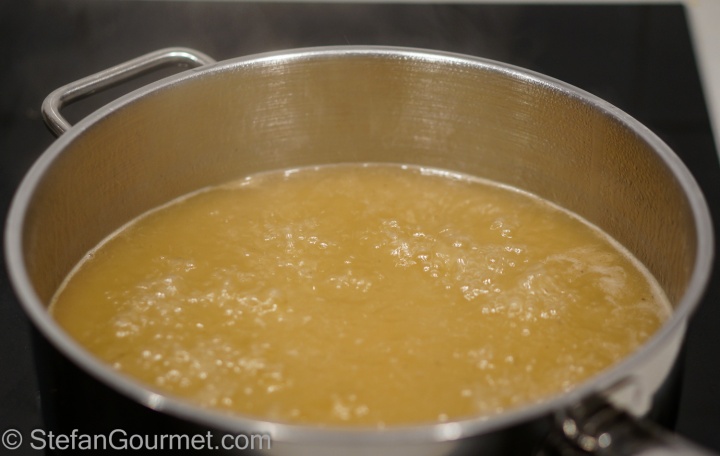 Bring the hare stock to a boil, then reduce the heat to a nice simmer…

…and reduce it until only about 4 Tbsp are left. 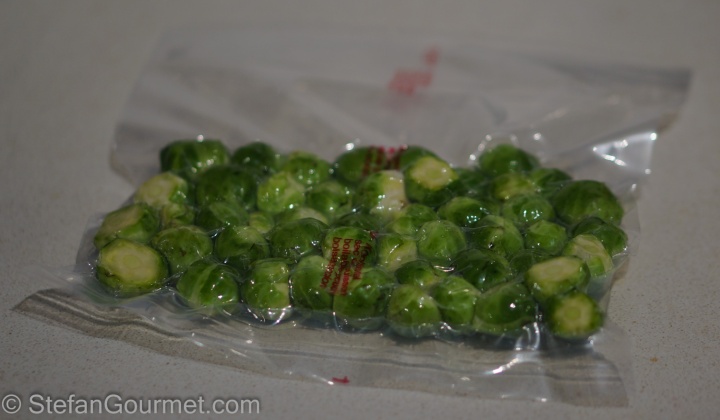 The easiest way to parcook them is sous-vide, which ensures that the sprouts will keep a bite and a nice flavor. To that end, vacuum seal the brussels sprouts and cook them sous-vide for 30 minutes at 84ºC/183ºF. Otherwise, parboil them in water for about 10-15 minutes or until barely tender.

Preheat the oven to 100ºC/225ºF. Season the hare loin with salt and freshly ground black pepper. 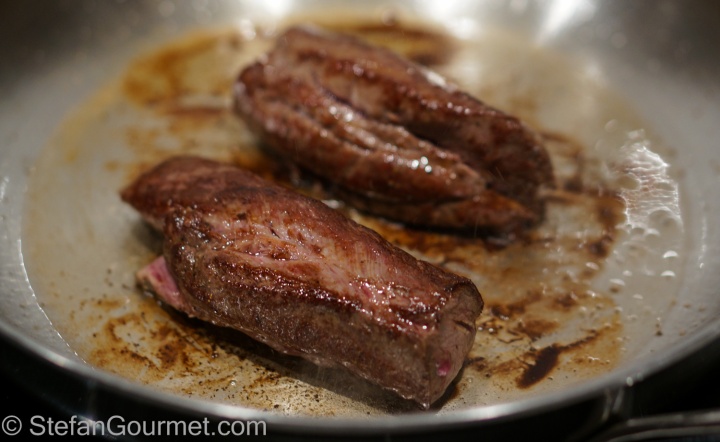 When the loins are nicely browned on all sides, insert the probe of a meat thermometer such that the tip of the probe is in the center, and cook in the oven until the core has reached a temperature of 55ºC/131ºF. Then wrap in aluminum foil to rest.

Meanwhile, fry the diced pancetta in a non-stick frying pan over medium heat without adding any fat. Stir now and then until the pancetta is starting to get golden and some fat has rendered from it. Then toss with the brussels sprouts. Taste and adjust the seasoning with salt and freshly ground black pepper. Keep warm over low heat.

Add the shallots, garlic, bay leaf, and thyme to the pan in which you browned the hare. Cook over medium heat until the onion and garlic are golden but not brown. 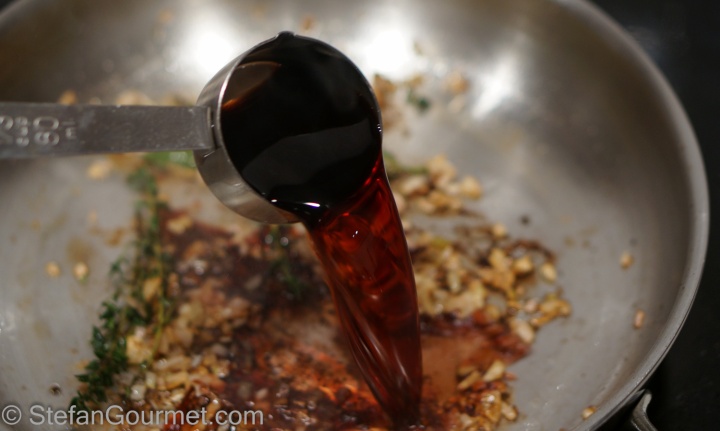 Deglaze with the port, scraping with a wooden spatula to include the browned bits into the sauce.

Strain the port into the pan with the reduced hare stock.

…the cherries and any juices that leaked from the hare while it was cooking in the oven. 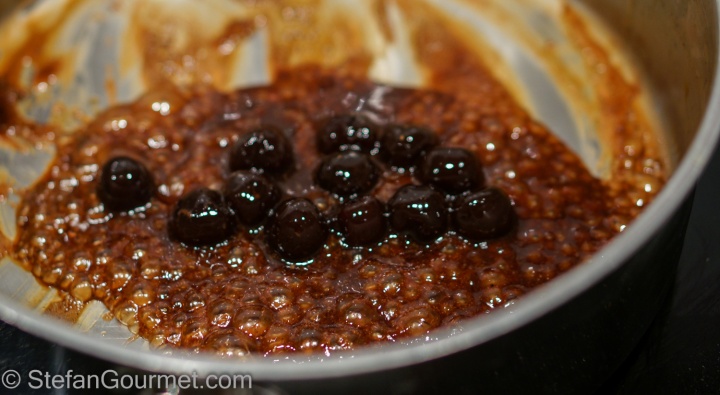 Cook over medium heat until the sauce is nice and thick.

Slice the hare and serve it on preheated plates with the sprouts and the cherry sauce. Garnish the sprouts with the slivered almonds. Season the hare with a bit of additional salt and pepper. Serve at once.

This is great with a full bodied red that can handle the flavor of the hare, cherries, and sprouts, such as an Amarone.

These pumpkin gnocchi are similar to the gnudi I posted about recently, in fact they could also be called pumpkin gnudi.