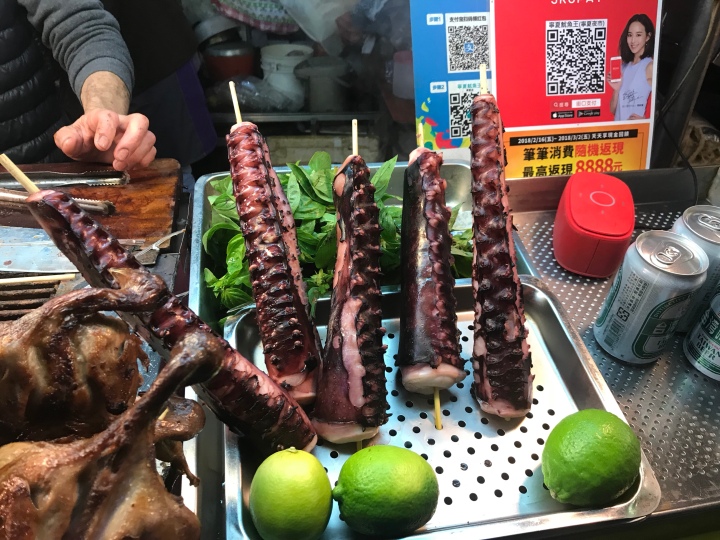 BBQ’ed octopus is a popular street food at Taiwanese night markets. The photo above was taken at a night market in Taipei, but we saw it everywhere. Large octopus legs are put on a skewer and cooked slowly above a charcoal fire, brushed with soy sauce. If they have not been cooked for long enough they can be quite tough. And so when I wanted to recreate another wonderful food memory from Taiwan, I decided to cook the octopus sous-vide first, to make sure that it would be tender. It turned out great. You could also boil the octopus before grilling if you don’t have sous-vide equipment (click here for instructions). 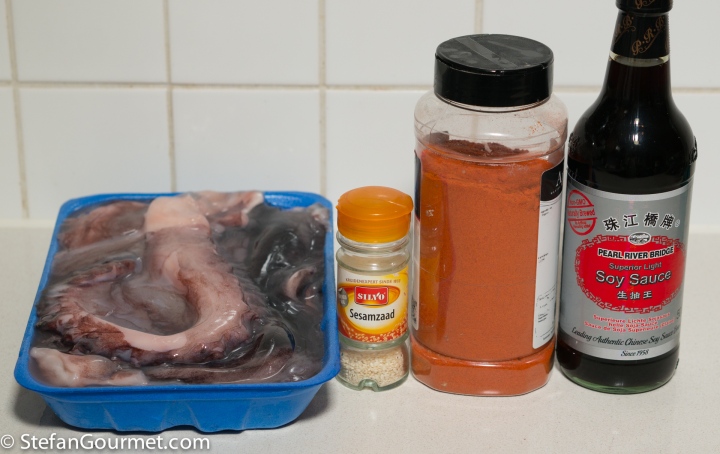 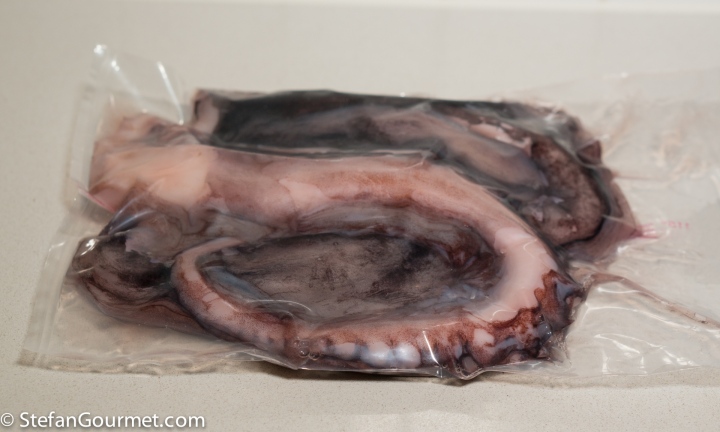 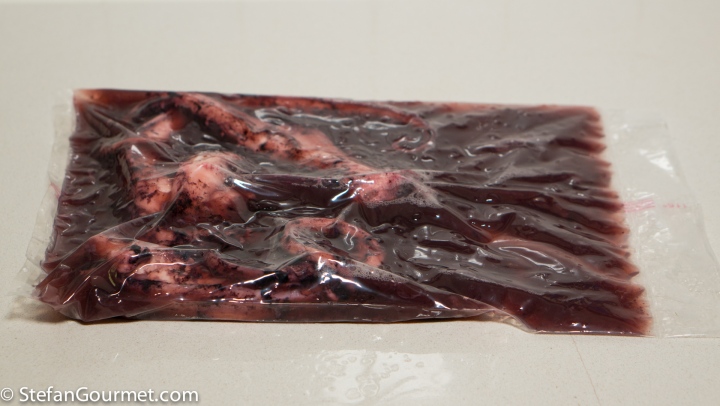 The octopus will lose a lot of liquid when cooked. Save this for another use (such as risotto). 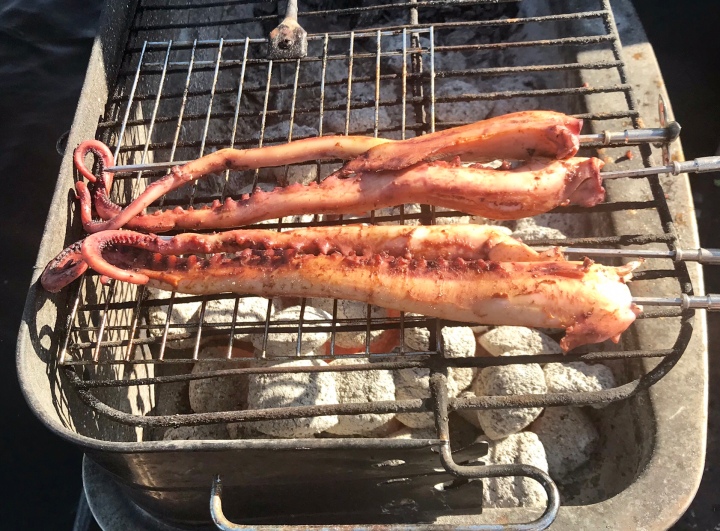 Pat the octopus legs dry with paper towels. Insert a skewer into each leg. Brush them with soy sauce and grill them over hot charcoal. 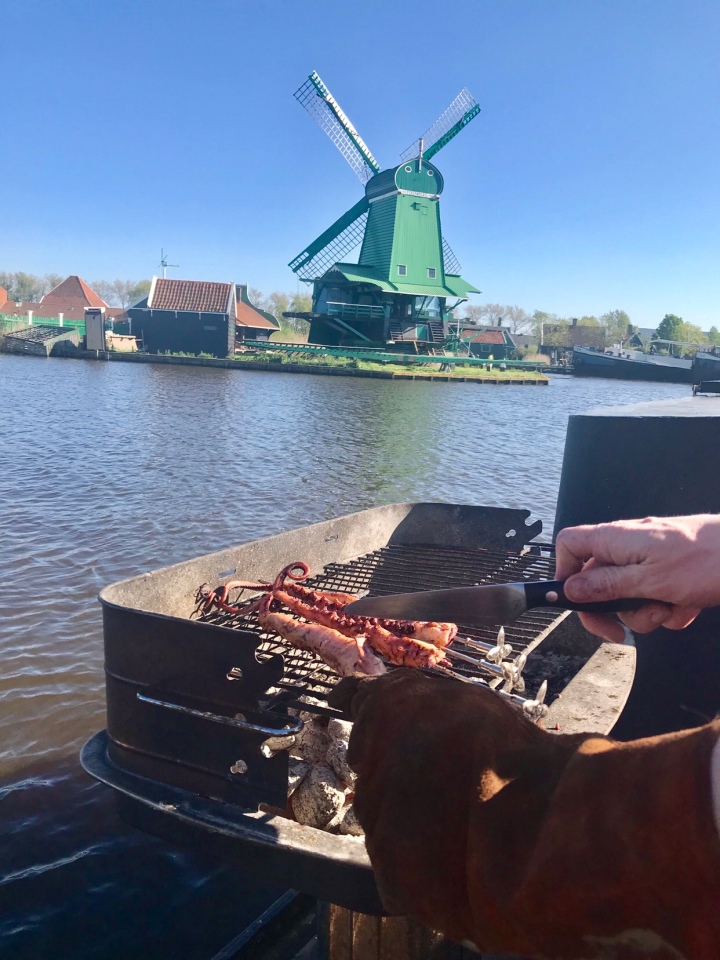 Cut into the octopus meat around the skewer to get some more charring and flavor. (It can’t be clearer that the octopus in the photo was prepared in the Netherlands, not in Taiwan.)

Keep brushing it with soy sauce. 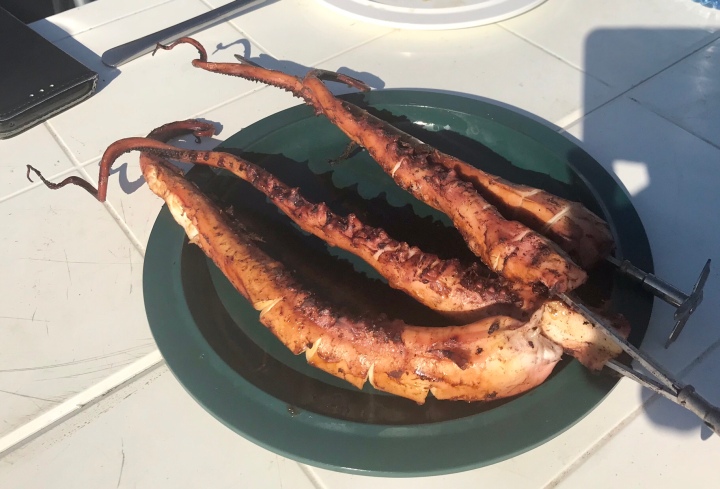 Cook the octopus briefly over high heat. It is already cooked, so you just grill it for the flavor. If you grill it for too long, it will dry out. Remove the skewers. 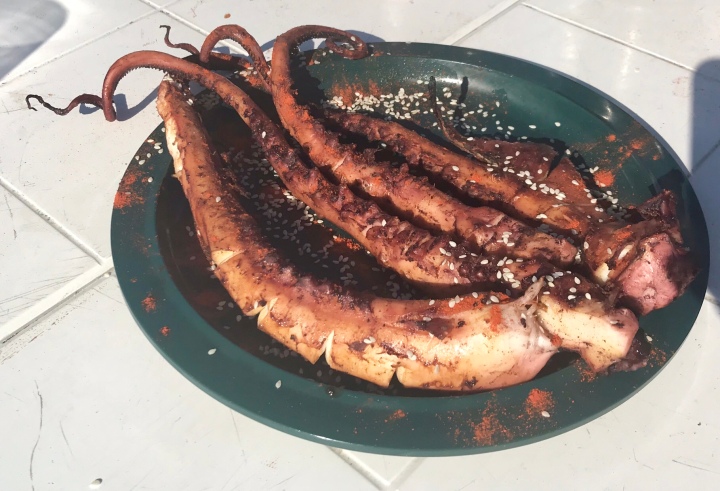 Serve sprinkled with sesame seeds and ground chillies. In Taiwan it was sometimes also served with Thai basil.

You could think of this pasta with celeriac, walnuts, and chicken as a pasta version of a Waldorf salad.