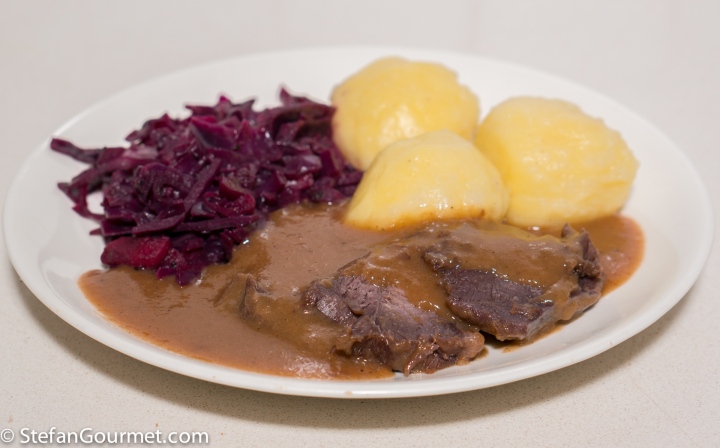 When I posted the recipe for Sauerbraten recently, I promised I would also share the recipe to prepare the accompanying large potato dumplings called Klöße (singular Kloß). Kartoffel is German for potato. There are many variations of the recipe. The ones I made are much bigger and more creamy than their Italian cousins, potato gnocchi, because they are enriched with butter and egg yolk. They are a festive alternative for regular boiled potatoes with dishes that come with a lot of sauce, like Sauerbraten. 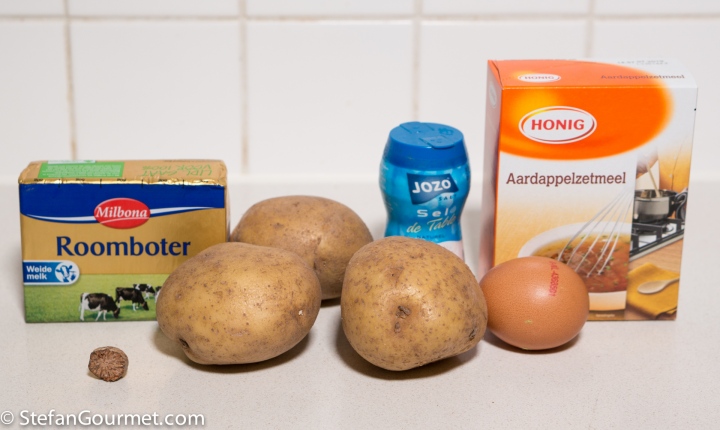 Peel the potatoes and cut them into chunks. Rinse them with cold water. Put them in a pot and barely cover with water. Bring to a boil.

Cover and boil the potatoes until they are tender, 20 to 25 minutes.

Drain the potatoes and put the pot over low heat to allow to dry them for a minute.

Rice the potatoes using a potato ricer or a food mill. 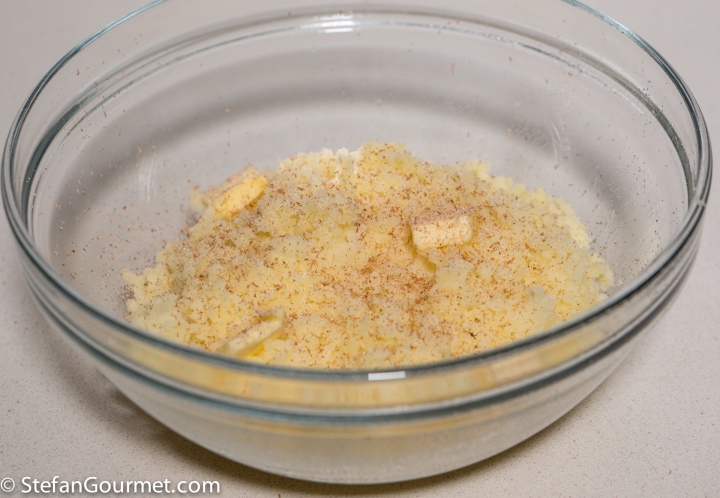 Knead with your hands to include them into a homogeneous dough.

Now shape into 6 to 8 balls using your hands. This is easier if your hands are either moist or dusted with flour.

Bring a pot of water to a boil. When the water boils, reduce the heat so that it simmers gently. Now gently add the Klöße to the hot water. 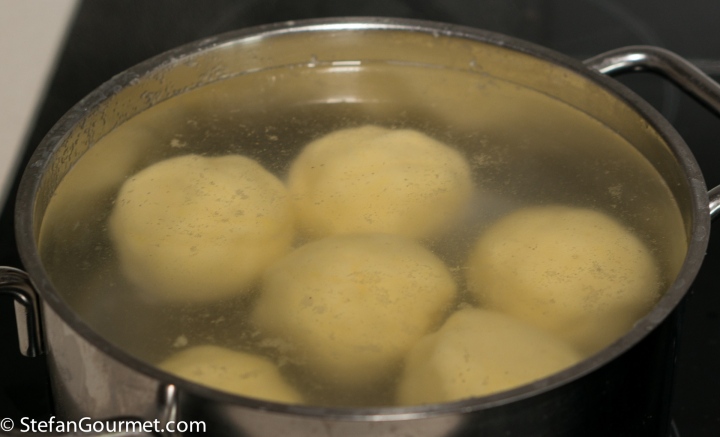 Increase the heat if needed so that the water simmers.

…until the Klöße are truly floating, 10 to 20 minutes.

Lift them out of the hot water with a strainer, and serve.

Shrimp-Crusted Grouper with Spinach and Butter Beans is a dish that was inspired by something I had on Ocean Drive in Miami Beach at A Fish Called Avalon.