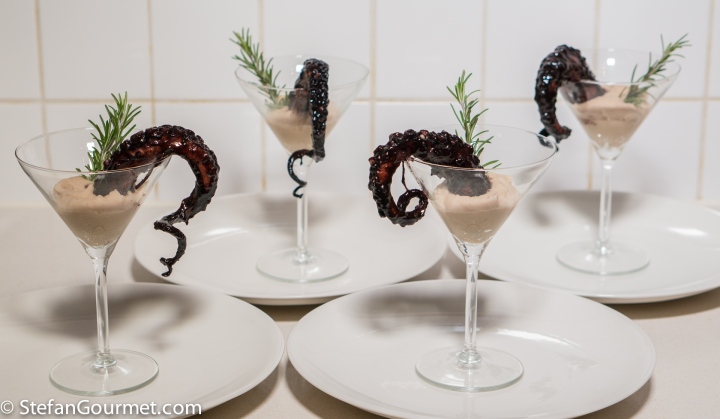 Octopus is called polpo in most of Italy, but polipo in Puglia (even though technically the latter is incorrect, because polipo means polyp, an entirely different sea creature). In Puglia octopus is often stewed in a local red wine from the grape variety Primitivo, which is known as Zinfandel in California. It is often served as antipasto, but can also be served as secondo piatto. The octopus works very well with the red wine. The flavors blend excellently and this dish has great depth of flavor.

Since I was serving it as antipasto for our Christmas dinner, I wanted to serve it in a special way. As octopus is often served with a puree of fava beans or chickpeas in Italy, I thought I would do something similar. Since I had only cannellini beans on hand, I decided to use those (also inspired by Chef Mimi’s preference to substitute white beans to make hummus) for the puree. But for a typical antipasti spread, you could also just chop the octopus into pieces and serve it with the red wine sauce only.

As usual you should use a good enough red wine for the sauce, as an acidic wine will lead to an acidic sauce. Luckily most Primitivo/Zinfandel will be appropriate, as this grape variety is not known for its high acidity.

1 bottle of red wine, preferably Primitivo/Zinfandel, or as much red wine as needed to cover the octopus

Clean the octopus if needed. This means removing the beak as shown, and removing anything that is inside the head cavity. For a traditional presentation chop it into chunks. For my presentation, leave the legs whole.

Heat 2 tablespoons of olive oil in a saucepan that has the right size to hold the octopus snugly in a single layer (or in two layers). Add carrot, onion, celery, garlic, bay leaf, and thyme. 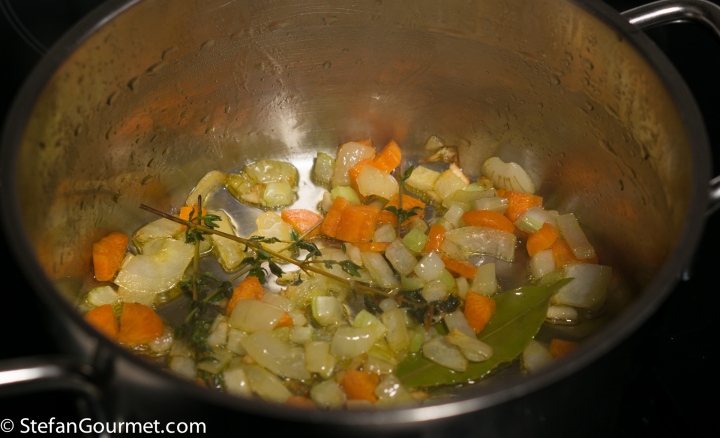 Stir over medium heat until the vegetables are golden, making sure not to brown the garlic too much.

…and stir until the outside of the octopus has colored, about 1 minute. 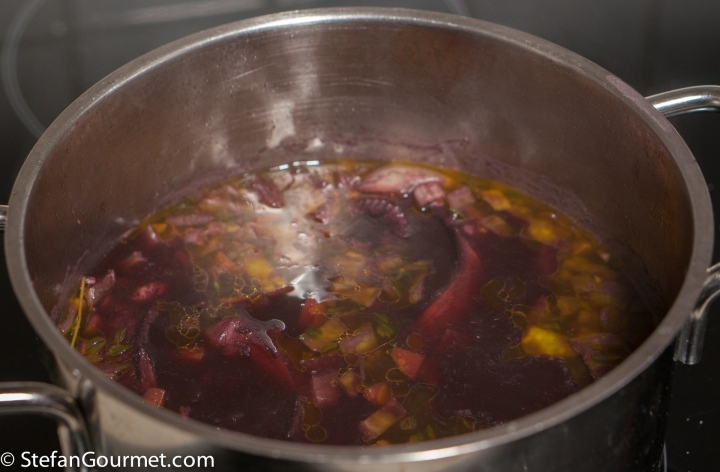 …until everything is barely covered…

…then bring it to a boil. Season with salt.

Reduce the heat such that the liquid keeps simmering gently. Cover the saucepan, and cook for about an hour…

…until the octopus is tender. You can test this by inserting a skewer into the octopus.

Now sieve out the solids from the wine.

Set the octopus aside. Bring the wine to a boil, and allow to reduce over medium heat… 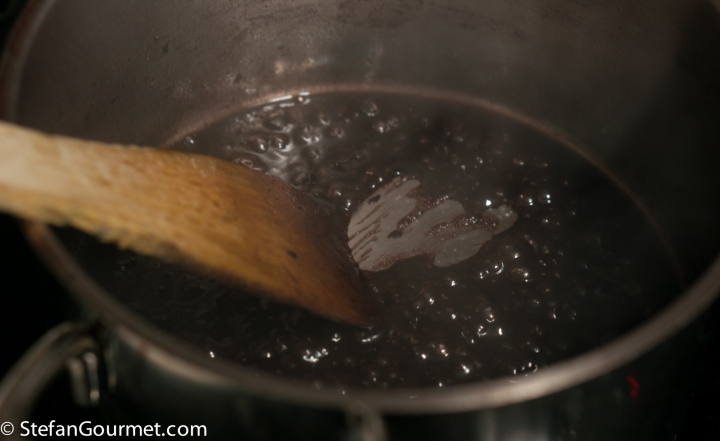 …until the sauce is very thick. Taste and adjust the seasoning with salt and freshly ground black pepper.

To make a white bean (or chickpea or fava bean) puree, use a blender and blend them with a bit of the cooking liquid or water. (Not too much, because the puree should be thick.) 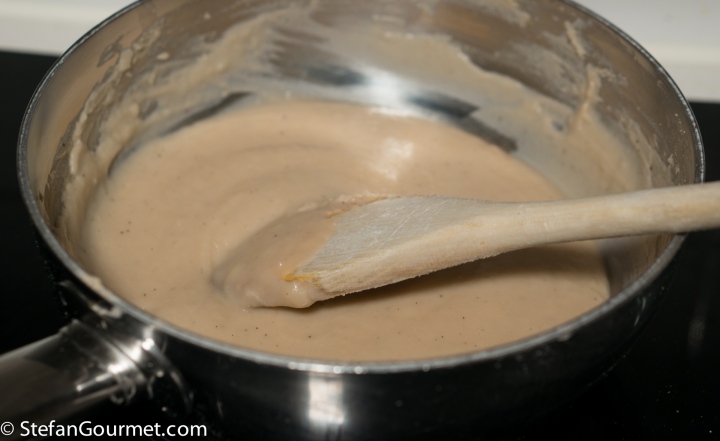 Serve the octopus warm with the red wine sauce. If you like you can copy my presentation using a bean puree and sprigs of rosemary.

This is one of those exceptions where seafood is good with red wine. Many red wines will work very well with this.