When Conor wrote about pork ribs, I knew I had to try pre-cooking them sous-vide rather than boiling. Sous-vide cooking allows us to get ribs that are both tender and succulent. Since I had never made pork ribs before, I wanted to experiment a little before serving them to my friends at a BBQ. For this trial run I seared the ribs in a hot frying pan rather than firing up a BBQ, since it was only the two of us on a week night.

I tried two flavors: Conor’s paprika – honey – soy marinade and Italian style sage and garlic. The ones with honey turned out slightly on the sweet side, so I’ll use less honey next time. Kees preferred the Italian style ribs, but that might be due to the sweetness of the other ones.

I used meaty pork ribs for this, but this could probably also be used for spareribs. 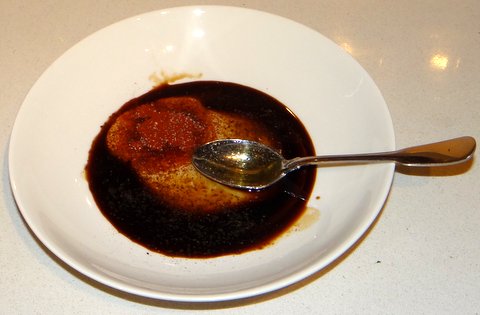 For Conor’s marinade, combine ingredients in a dish. I used about 2 Tbsp Japanese soy sauce, 2 Tbsp honey, 1 Tbsp paprika and 1 tsp freshly ground black pepper. Next time I will use less honey and probably more pepper. 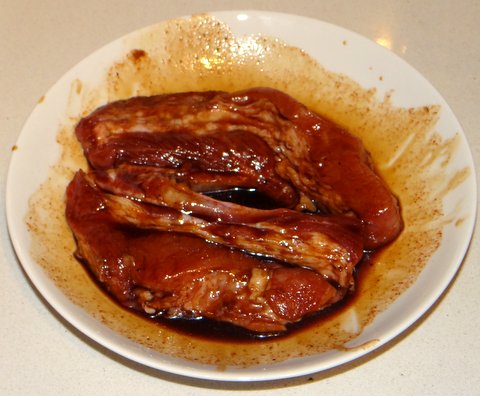 Add pork ribs and toss to coat them with marinade.

Put ribs in a ziploc sous-vide pouch and add marinade. Get rid of most of the air in the pouch by submerging it in water before sealing (water displacement method). Due to the liquid, using  a FoodSaver-style vacuum sealer won’t work.

There is no need to marinate the meat first, as the meat will be marinated and cooked at the same time.

As this marinade is less wet, the ribs can be vacuum sealed rather than having to use a ziploc pouch (although that would work, too).

Cook both styles sous-vide for 12-24 hours at 55C/131F. This will make the meat tender while keeping it succulent.

Reserve the marinade for basting the ribs. It is pasteurized, so there is no need to boil it before using.

Best is to cook the ribs on the BBQ, taking into account that they are already cooked through so you only have to give them a nice sear on the outside and let them on long enough to warm them through. 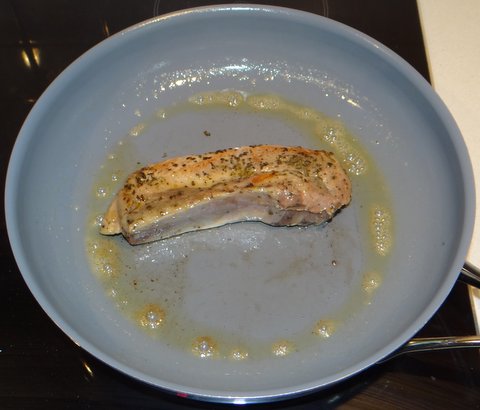 I pan-seared the ribs in a bit of olive oil.

I added the marinade after quick sear to coat the rib in marinade. 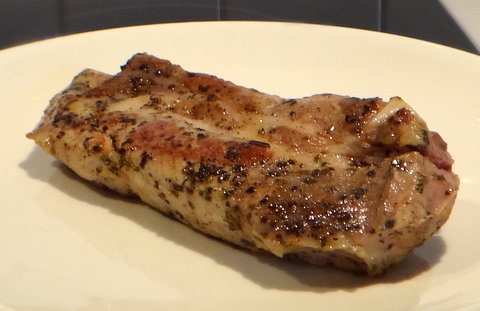 This is how the Italian style came out.