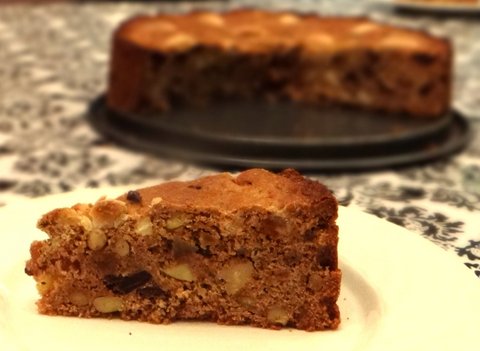 Another traditional Christmas dish from Bologna with an ‘official’ recipe is Certosino or Pan Speziale (“spicy bread”). I had never made it before, but I really liked it and will certainly make it again.

Originally it was named after the pharmacists (called “speziali”) that made this in medieval times, but later it was made by the monks of Certosa and named after that. The official recipe has been deposited only in 2003 and is now a “Specialità tradizionale garantita”. Italian recipes are often imprecise and this is no exception, although the quantities are specified. It reads “Amalgamare spezie, lievito, miele, zucchero, con acqua bollente e farina, aggiungere uvetta (messa precedentemente in acqua), mandorle, cedro, arancia, pinoli e cioccolato, mettere l’impasto in una teglia da forno e infornare (180°) per 30/40 minuti.”, which means “Mix spices, leavening [agent], honey, sugar with boiling water and flour, add raisins (soaked in water), almonds, [candied] citron, [candied] orange, pine nuts, and chocolate, and put the dough in a pan in the oven for 30-40 minutes at 180C.”

I’ve checked other online recipes in Italian to find out that the leavening agent should be baking soda (called “bicarbonato” in Italian). I found it a bit strange to add this in the beginning of the recipe, but I did it anyway.

Note added February 10, 2013: I have since made Certosino again, but using baking powder rather than baking soda and adding it together with the flour rather than in the beginning. The picture of the finished certosino in this recipe are now from that second time I made it and I have also corrected the instructions below accordingly. This is supposed to be a dense cake, but it should not look collapsed as happened when I used baking soda and added it at the same time as the spices. 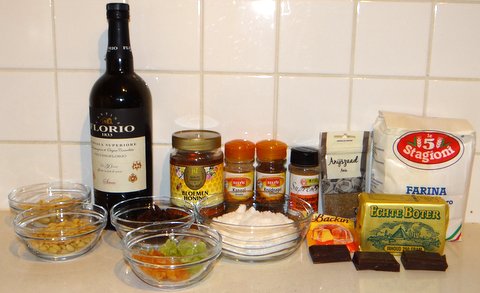 As per the official recipe, for a 20 cm (8″) round springform pan

3 Tbsp marsala (the official recipe says water, but I prefer to soak the raisins in marsala) 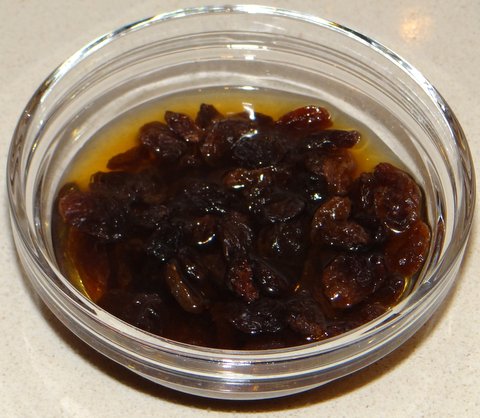 Soak the raisins in 3 Tbsp marsala (or water) for 20 minutes. 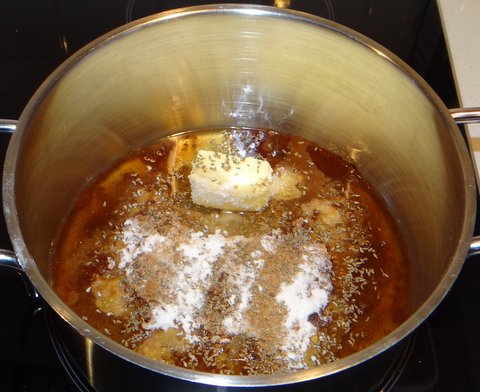 Combine honey, sugar, spices, butter and the soaking fluid from the raisins in a saucepan. 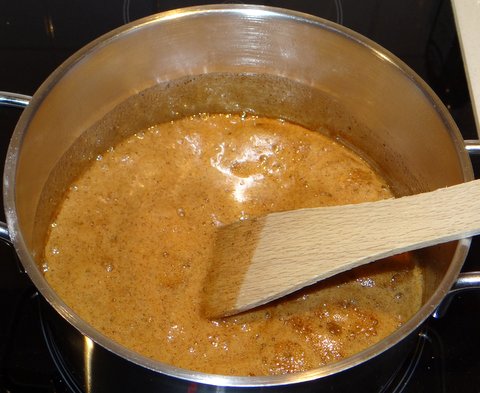 Heat up and stir until homogeneous over medium heat. Take off the heat as soon as it’s mixed. The heating is only to enable mixing in the honey, so there is no need to actually cook the mixture. 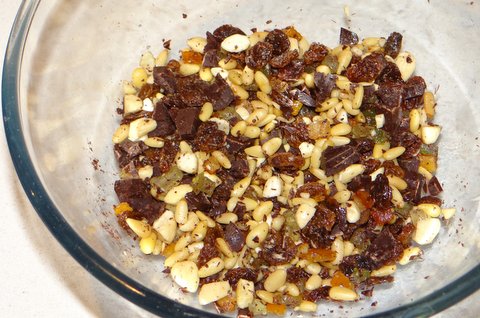 Combine the remaining almonds and candied peel with the chocolate, pine nuts, and raisins. Stir to mix until homogenous. 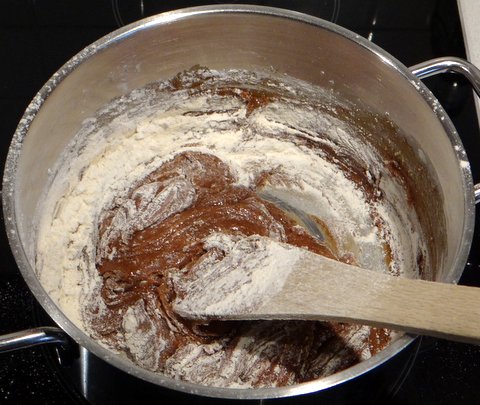 Mix the baking soda into the flour and mix. Add the flour to the pan in 3 to 4 parts and stir vigorously until homogeneous. The dough will be hard to stir. 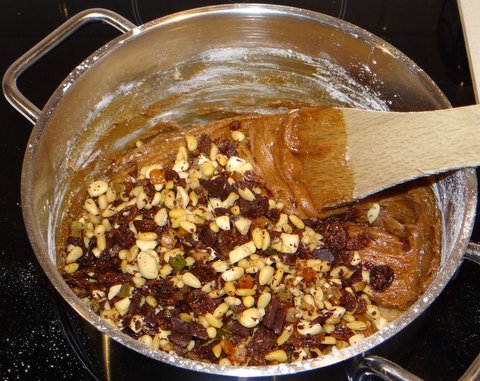 Add the nut and fruit mixture. 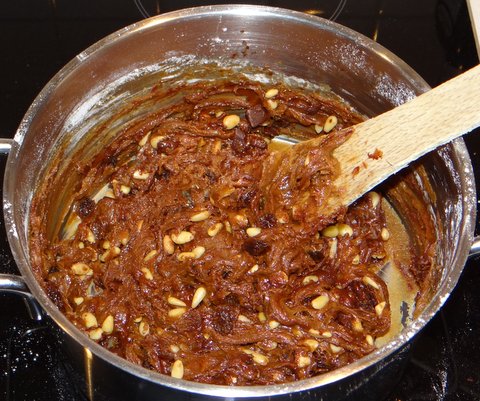 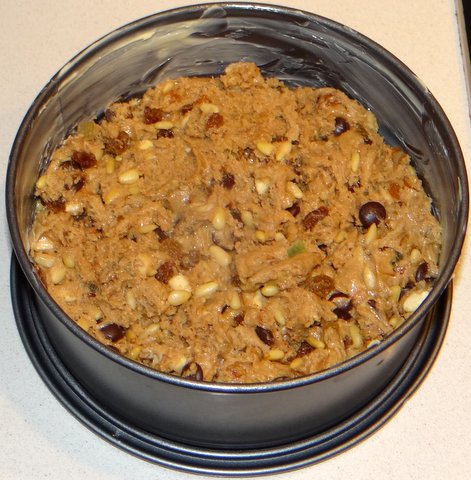 Butter a cake pan and add the mixture. 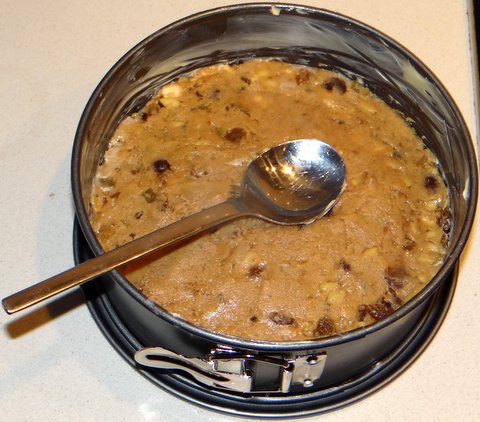 Even out the top with the back of a wetted spoon. 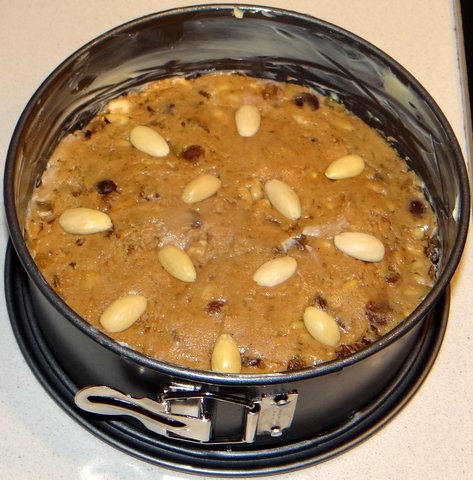 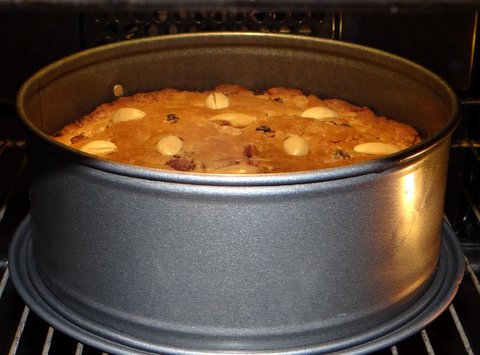 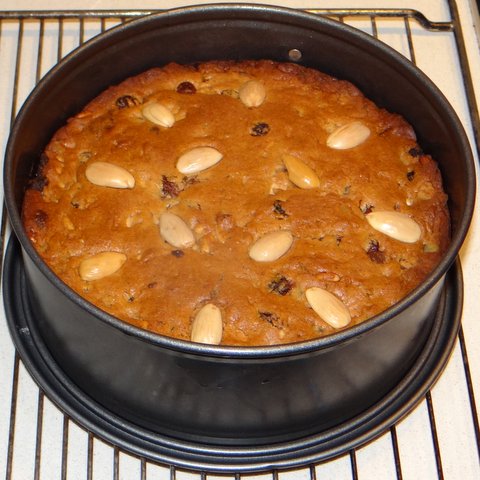 Allow to cool in the pan. 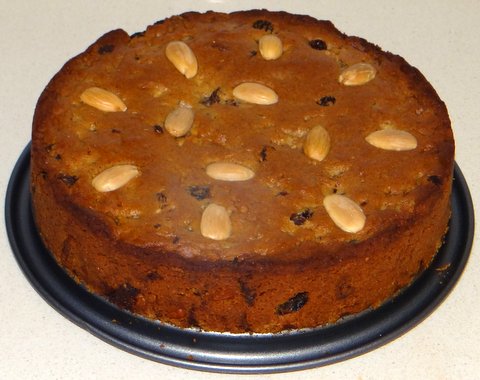 It won’t be a surprise that also this cake goes well with Passito di Pantelleria or other “passiti” (dessert wines from dried grapes) from the south of Italy. A fortified moscato from Spain or Portugal (moscatel) would also do nicely.