Breast of lamb is a cut of lamb I had never prepared before. It is interesting that similar cuts from different animals can have completely different names. In this case, breast is to lamb what belly is to pork. The difference with pork belly is that breast of lamb is of course thinner and smaller. Breast of lamb is a tough cut that is usually ground, but with sous-vide it can be cooked tender, succulent and pink. Based on my experience with other cuts of lamb, I decided to try 24 hours at 57ºC/135ºF. And that turned out to be perfect! The meat was very tender and juicy. The fat doesn’t render out at this temperature, but there is not so much of it so that is not an issue. 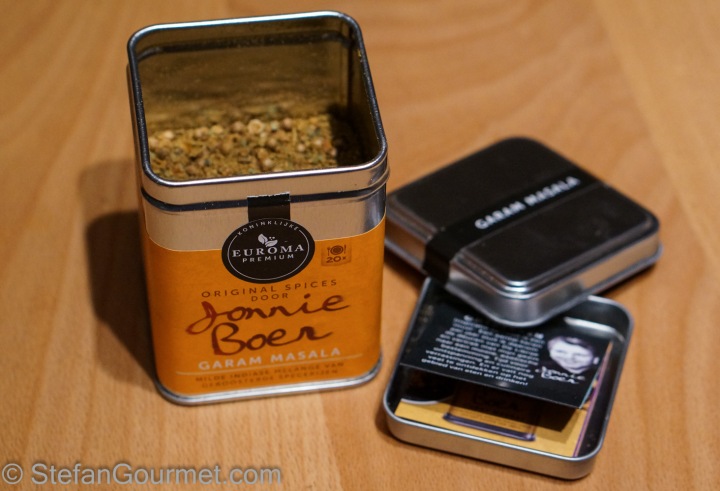 Famous chefs often endorse products to make some money, as from actually owning the restaurant one does not make a lot of money for all the hard work. I am always very sceptical of that, but it seems that Librije‘s Jonnie Boer has been right to endorse a series of spice mixes that are worthy of his approval. When we stayed at Librije’s Hotel last year, we got a few of those spice mixes as a freebie. One of them was the Indian spice mix Garam Masala. Now I’ve never cooked anything with Garam Masala before, and since the container had been sitting in my pantry for almost a year now I thought it was about time to try it out. Garam masala (at least this version) has coriander seed, cumin seed, paprika, black pepper, cinnamon, coriander (cilantro) leaf, cardemom, bay leaf, cloves, and cayenne pepper. And so tonight as secondo piatto after a simple primo of pasta and vegetables we had Garam Masala Breast of Lamb Sous-Vide. It was delicious! The spice mix has great depth of flavor without any heat but with nice sweet notes.

On Sunday I rubbed the breast of lamb with garam masala on both sides. I used about 2 Tbsp for about 450 grams (1 lb) of lamb, which was probably slightly too generous. I also seasoned it with salt.

I then rolled up the meat and vacuum sealed it. I allowed it to marinate in the refrigerator until Tuesday night. (24 hours would have sufficient) 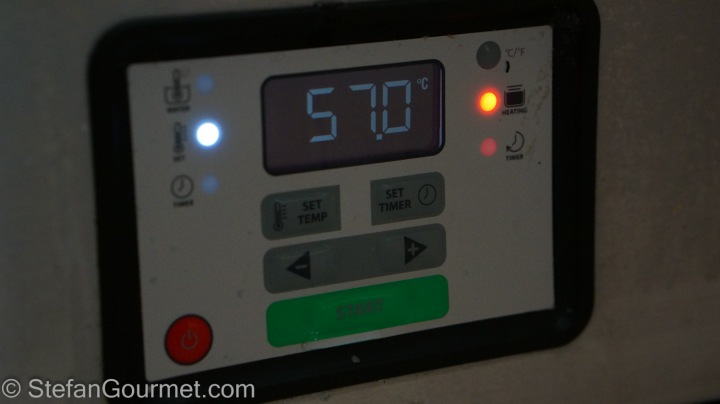 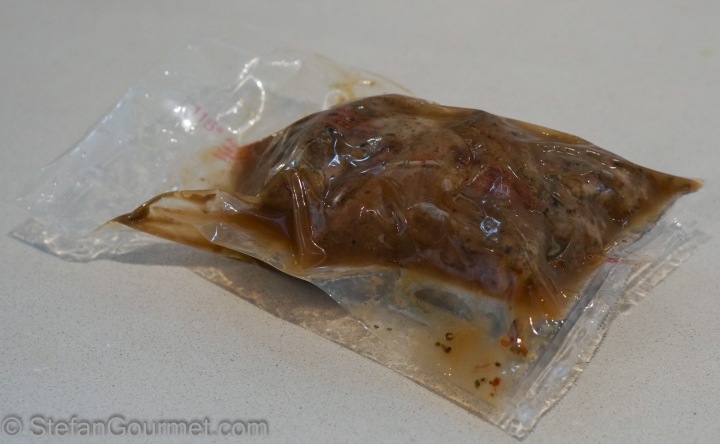 This is what it looked like tonight (Wednesday) when I took it out of the sous-vide. 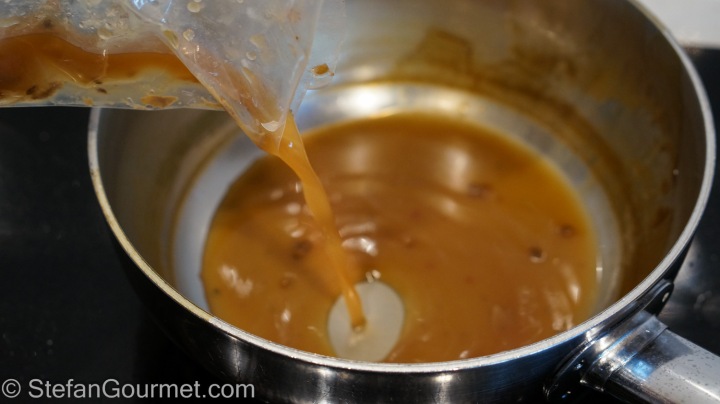 I poured the juices from the bag into a saucepan…

…and patted the meat dry with paper towels. 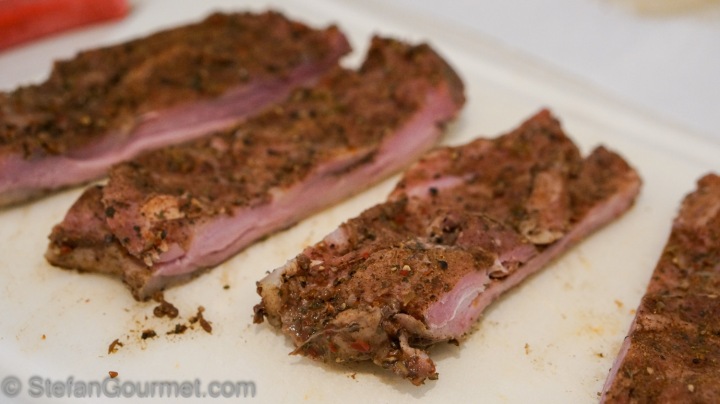 I cut the meat into serving slices… 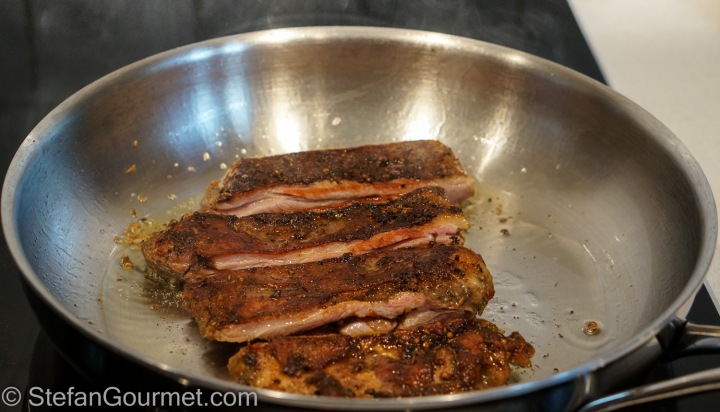 …and browned it over high heat in clarified butter. 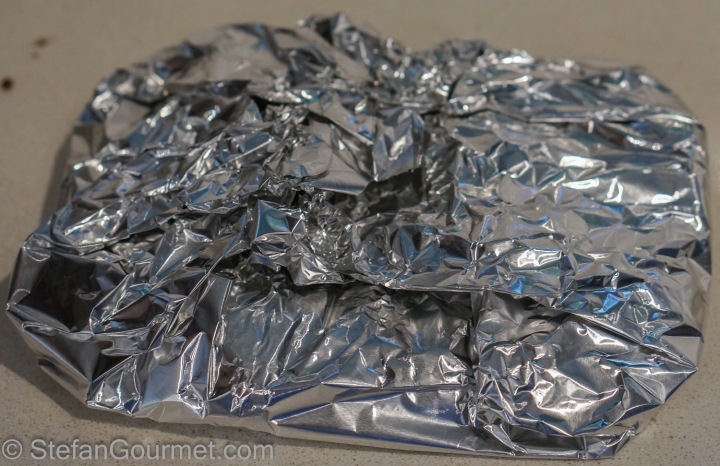 I then wrapped the meat in aluminum foil to keep it warm while I finished the sauce. 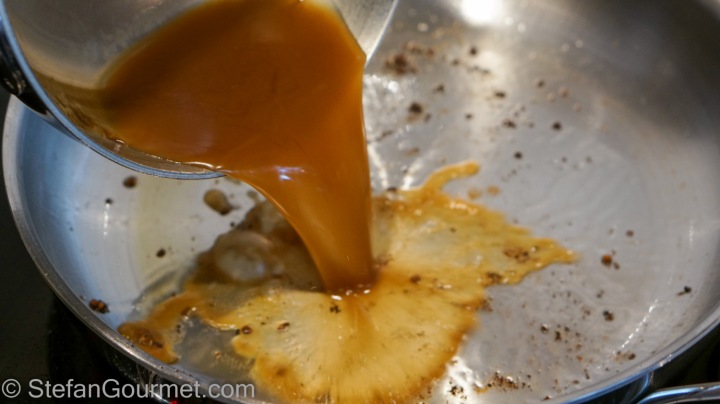 I poured the fat from the frying pan and deglazed it with some concentrated home made lamb stock. 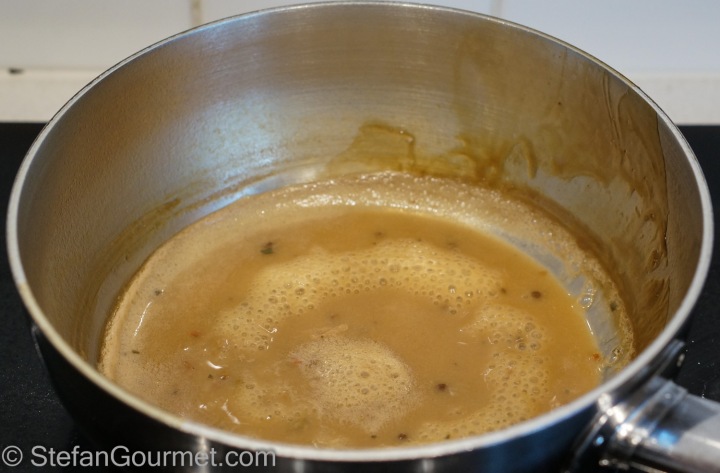 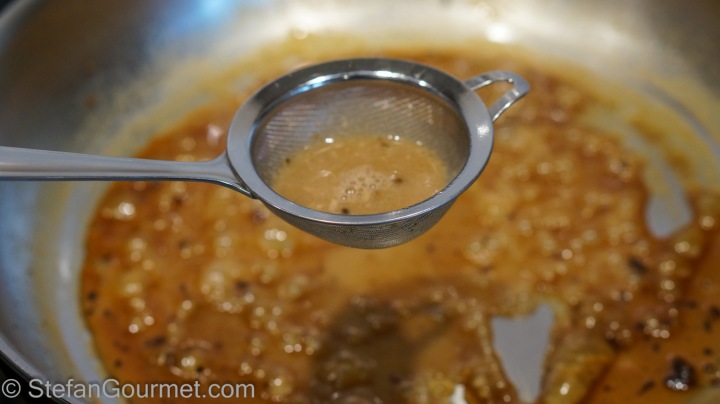 …and then sieved this to add to the reducing lamb stock in the frying pan.

[Because the meat was cooked at only 57ºC/135ºF, you cannot add the juices to the sauce without ending up with ‘scum’ in the sauce. Bringing it to a boil and sieving helps to avoid this problem.] 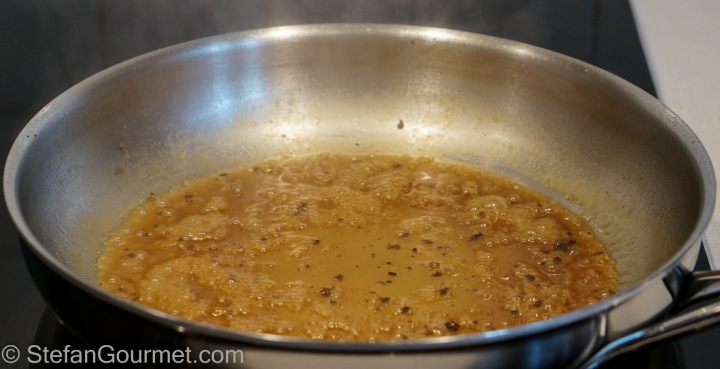 Allow the sauce to reduce over medium heat until it is thick and syrupy. 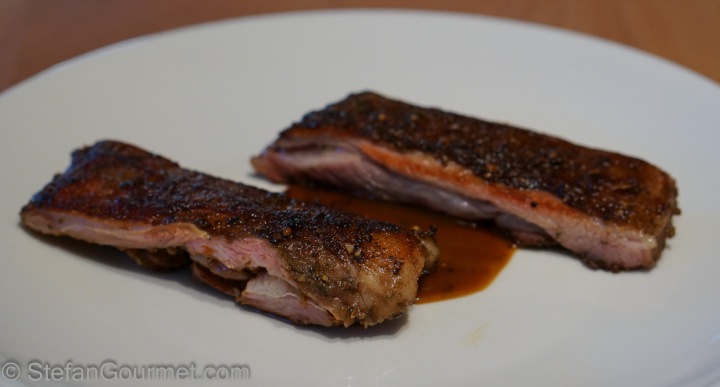 Serve the meat with the sauce on warm plates.

48 hours seems like a lot of time for a nice piece of lamb, but it takes less than 15 minutes of active time. I really liked breast of lamb cooked sous-vide, and I will definitely prepare it more often. I will also try something more traditional that uses the garam masala spice mix. 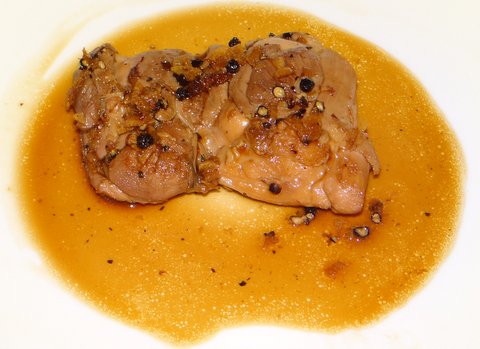 Chicken Adobo is the national dish of the Philippines: chicken braised with black pepper, soy sauce, vinegar, garlic, and bay leaf. My sous-vide version was delicious and this flashback reminds me that I should make this again.

13 thoughts on “Breast of Lamb Sous-Vide”