Frico is a typical dish from the Italian region of Friuli in the North-East. It is made from potatoes and Montasio cheese. Sometimes also onions are included.

I tried it the first time when Marina from Le Ricette di Baccos prepared it for us. And so of course I made it using her recipe. Grazie, Marina! There are different techniques of making frico. Some recipes grate the cheese and the (raw) potato. Marina boils the potatoes first, and so that is what I did.

Another factor is the size of the frying pan. I made a frico for two in a 24 cm (9″) pan, which means that the frico has medium thickness. You could also make a frico for four by simply doubling the amount of cheese and the amount of potatoes. If you were to use a 24 cm (9″) pan for that as well, it would end up twice as thick and look like the one that Marina made for us. This means that the ratio of crunchy crust to soft interior is different.

I had brought a chunk of Montasio cheese from our trip to Friuli so I could make authentic frico. You could also use another hard type of cheese and it will be just as good, just not authentic.

If you like cheese then you will love frico. It is great comfort food. 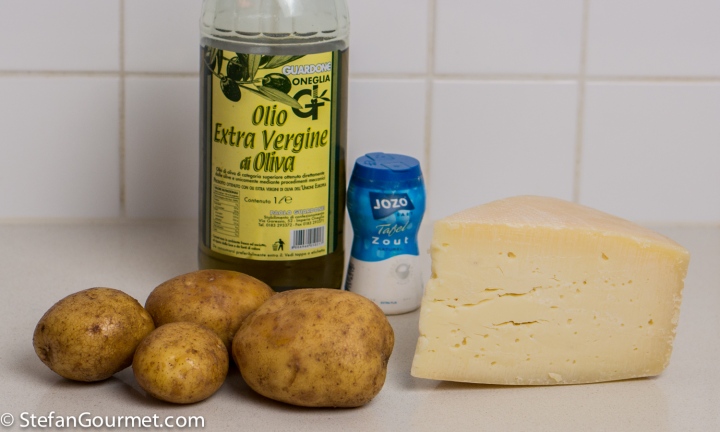 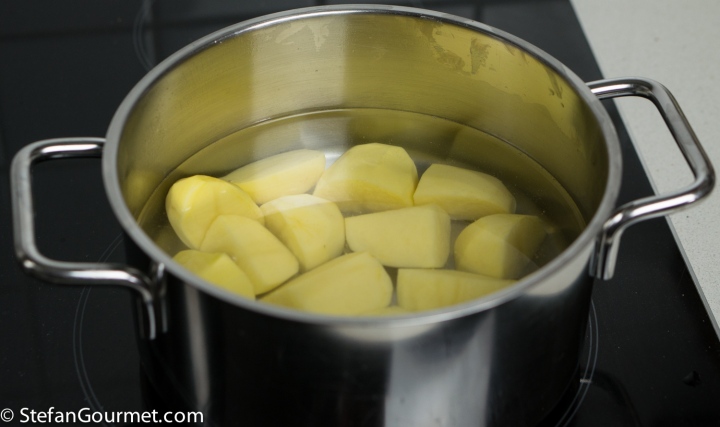 Peel the potatoes, cut them into chunks, and boil them in salted water until they are tender, about 20 minutes.

Meanwhile, remove the crust from the Montasio and cut it into chunks of about 1 cm (1/2 inch).

When the potatoes are tender, drain them and roughly mash them.

Heat a tablespoon of olive oil in a non-stick frying pan over medium heat.

Cook over medium heat until the bottom is golden brown, about 20 minutes. Shake the pan now and then to prevent the frico from sticking. 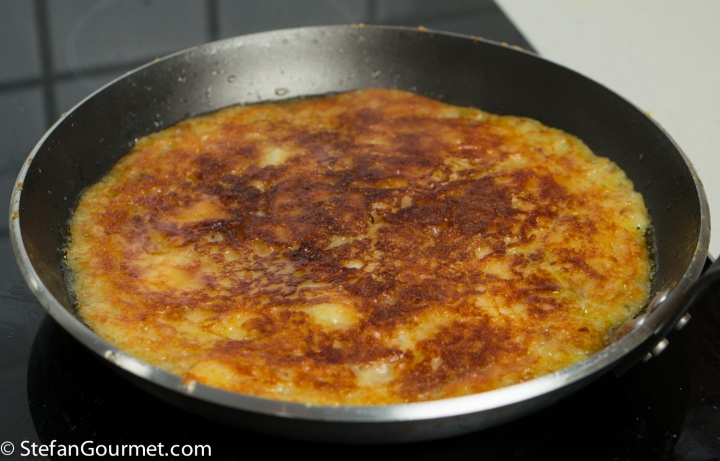 Flip the frico with the help of a plate, or with some wrist action if you dare. Kees turned it for me using the same technique (i.e. wrist action) we use for pancakes. 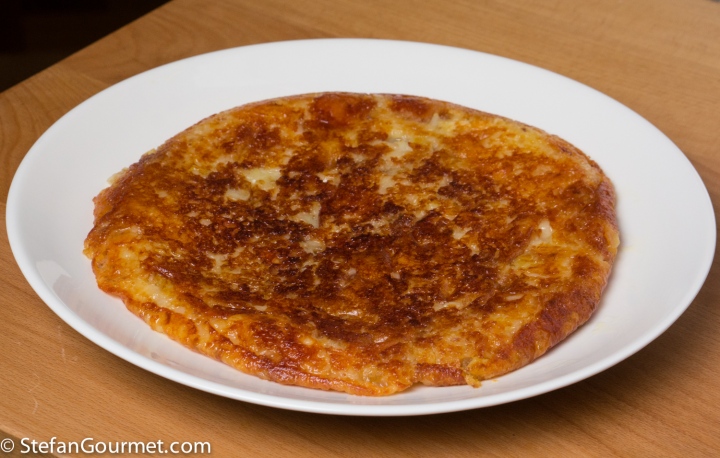 Cook it for another 20 minutes until the other side is golden brown as well. Then slide it onto a plate, and serve!

The classic wine pairing is with the white from the region, called Friulano. It is also nice with a medium bodied red. If you want to stay in the region, Refosco is a good choice.

Contrary to popular belief, I mostly cook relatively simply dishes. Sometimes I like to experiment with something a bit more elaborated, like this parsley-crusted steak with mushroom ketchup and garlic puree. For me the main success of this dish was the crust. The wagyu flank steak was very tender and flavorful because it had been cooked sous-vide, and had additional flavor because it was finished on a charcoal grill. The tender beef was complemented very nicely by the crunchy parsley crust. The combination with the mushroom ketchup, mushrooms, and the garlic puree also worked very well.