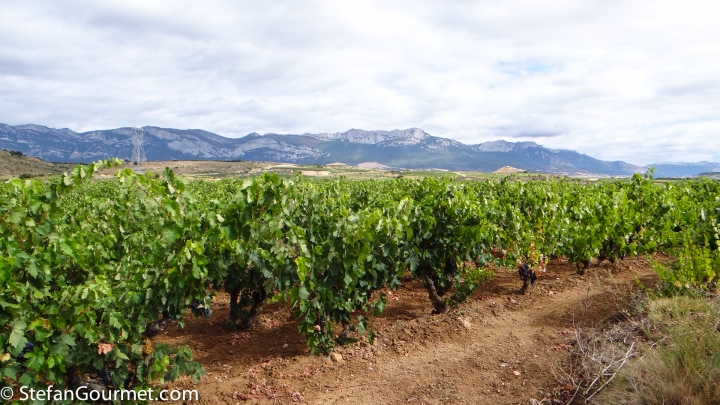 Rioja is the oldest and most famous wine production area of Spain. It has been famous for centuries, and in 1991 it was the first (and for quite some time the only) production area with the highest rank in Spanish wine law: Denominación de Origen Calificada (Qualified Denomination of Origin).

Rioja is known for its oak-aged wines, but that hasn’t always been the case. It was in the 19th century that knowledge about aging wine was introduced from the Médoc in France, where this had been a practice for a long time. Until then in Rioja, the wines were made to be drunk young, only until the next harvest. Initially the wineries had some trouble moving over to aged wine, as they were used to getting money each year instead of having to wait for 3 years or longer. After mastering the technique to age the wines, Rioja even took over Médocs leading position on export markets for a time because phylloxera hit in Médoc first. But later this pest also devastated all vineyards in Rioja.

In Rioja the practice of aging wine in oak was perfected to the point where it became all about the aging and blending. The wine wasn’t made in the vineyards, but in the cellars, many of them located in the town of Haro. The label doesn’t specify the grape variety or the vineyard, but the quality in terms of age:

In the 20th century a lot of producers used American oak, giving distinct tones of vanilla to the wine. Nowadays, many producers use a combination of American and French oak, or only French oak, for a more balanced style. And there are more producers releasing varietal wines (made of one single grape variety) or from a single vineyard rather than a blend of fruit from all over Rioja. 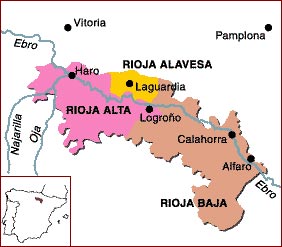 The Rioja production area has over 63,000 hectares of vineyards along the Ebro river in the north of Spain, from the town of Haro to the town of Alfaro (about 100 kms/65 miles), around 700 meters above sea level. There are three subzones: Rioja Baja, Rioja Alta, and Rioja Alavesa. Rioja Baja is the warmest with alluvial soils. Alta and Alavesa have a more continental climate with chalky-clay soils (in Alta red thanks to iron) and are considered to be the better areas.

Rioja is mostly about red wine. The five allowed grape varieties are: 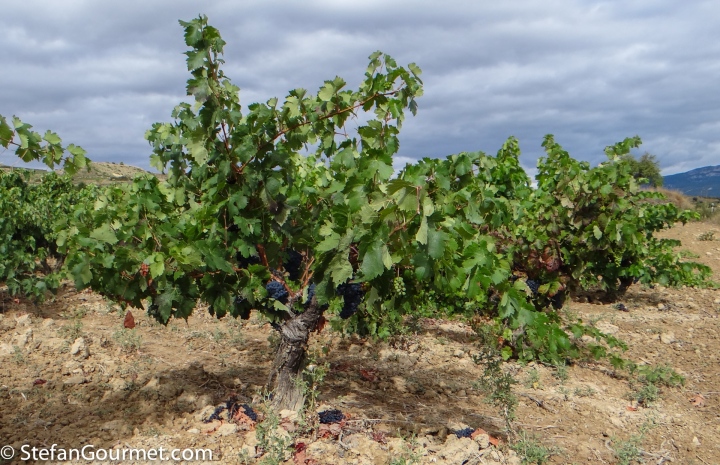 The traditional way of planting in Rioja is in bush vines (unsupported), and many older vines are still that way. 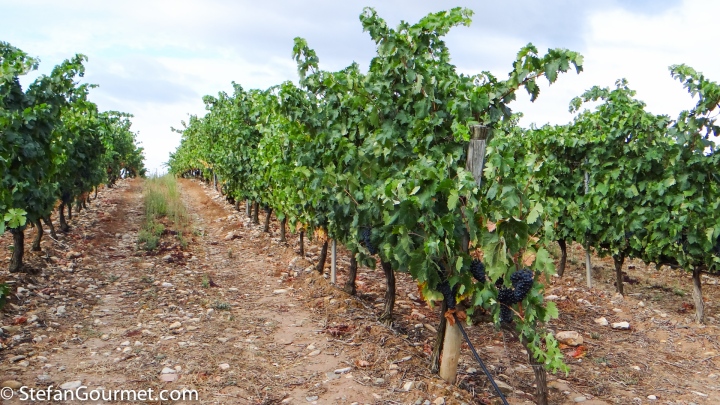 Modern plantings are in neat rows with the vines quite close together, but enough space in between them to allow machines to get through.

We noted that producers in Rioja are more geared at tourists that come to ‘drink’ rather than ‘taste’ (and buy) than in most other wine production areas we have visited. This means that many producers don’t offer wine tastings at all, or only two or three wines as part of a guided tour for which you have to pay (and where the experience is more about the tour and drinking the wine).  We ended up tasting Rioja at three producers: Remelluri (in Rioja Alavesa), Rioja Alta (in Rioja Alta), and Campo Viejo (located in Logroño, but with vineyards all over the Rioja). Campo Viejo offered the best tasting experience by far, because at Remelluri we could only taste two wines without any explanation, and at Rioja Alta the ladies of the wine bar knew only how to pour and operate the cash register, but could not tell us anything about the wines. (At both Remelluri and Rioja Alta paid guided tours are available, which we did not try as we are more interested in tasting than seeing yet another cellar.) 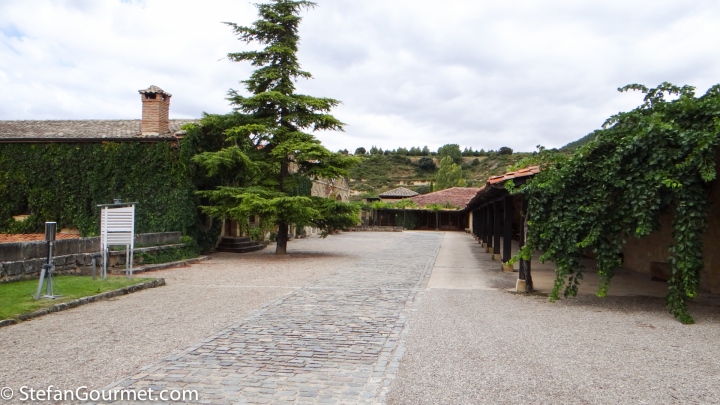 Remelluri is one of the oldest producers in Rioja, with as a special feature that they use their own fruit from their own vineyards in Rioja Alavesa and Rioja Alta. They bottle the wine from grapes they buy from neighboring vineyards separately under the name Lindes. We tasted only two wines that were poured straight from bottles that were just opened without any aeration. 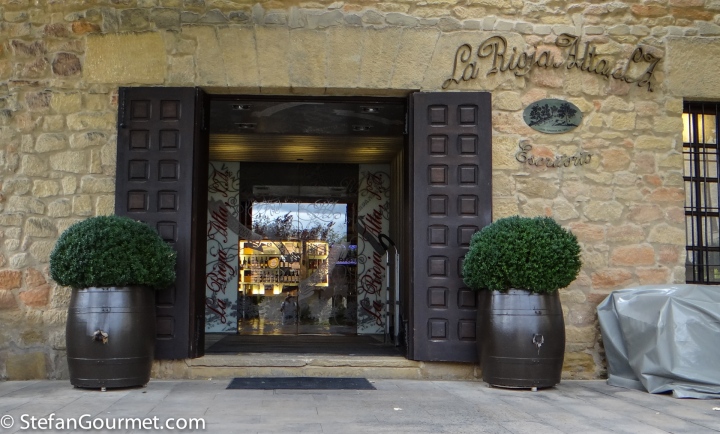 La Rioja Alta is a bodega in Haro, with many other bodegas as its neighbors. We picked this one because we wanted to try an affordable Gran Reserva. At Rioja Alta it was possible to taste the wines in a wine bar, but you had to pay (a very reasonable amount) for each wine you wanted to taste. Unlike in other places where we had to pay for tasting, at Rioja Alta the tasting fees were not waived when we bought a couple of cases. 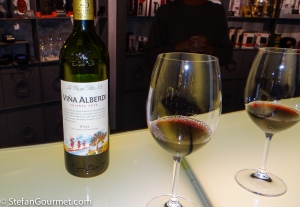 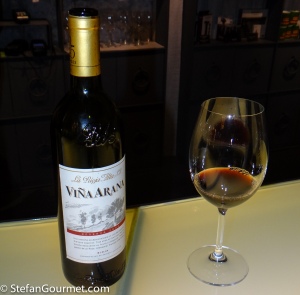 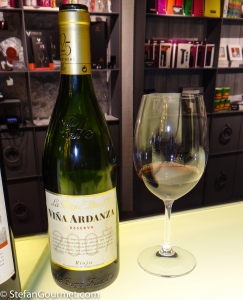 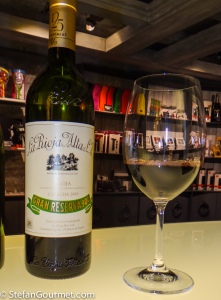 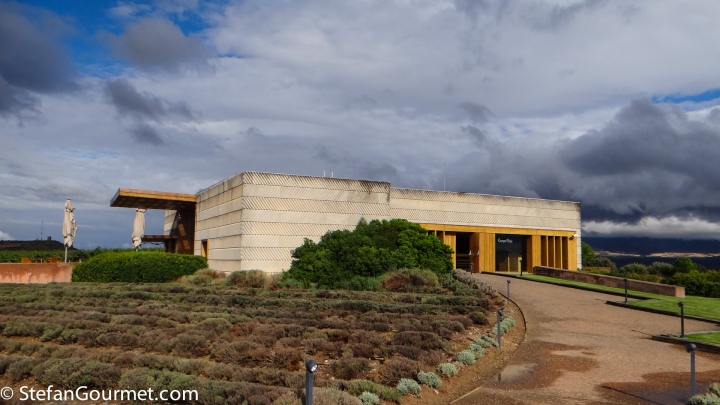 Campo Viejo is a large brand and part of the Pernod-Ricard empire, but we were received with the attention one usually finds at a family business. It was an interesting visit also because we tasted mostly wines that are produced for the Spanish market and are not exported. 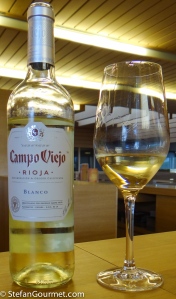 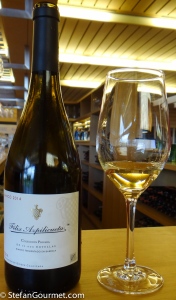 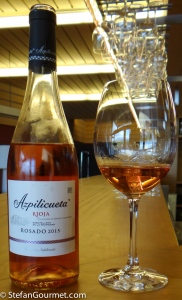 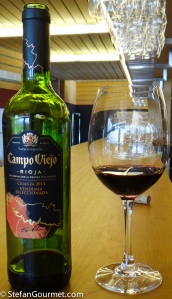 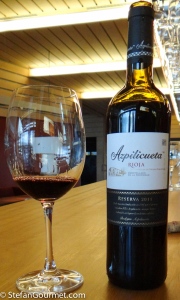 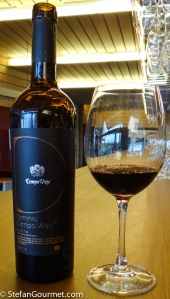 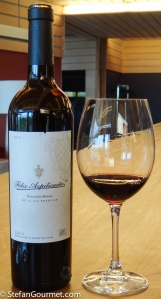 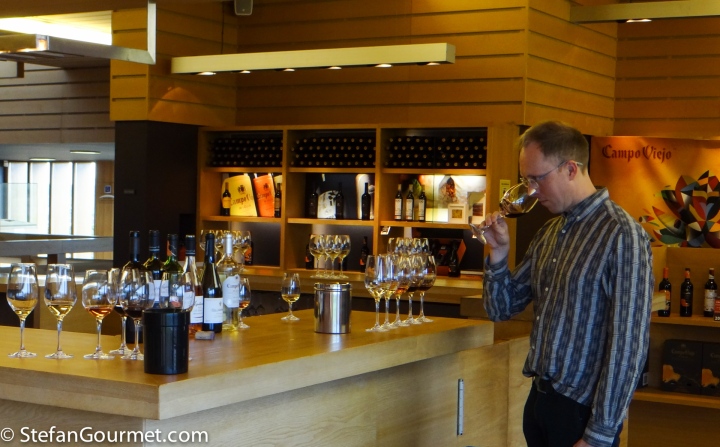 7 thoughts on “Wines of Rioja”