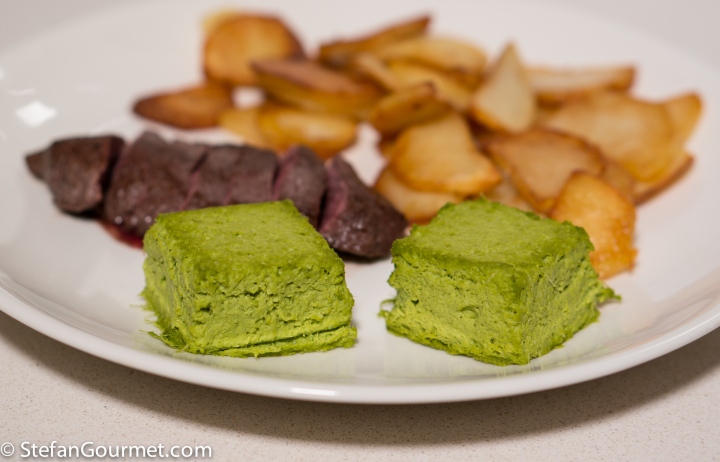 Many recipes tell you to use the white part of leeks, so my attention was caught at once when Elie wrote about Leek Royale on his blog Oven-Dried Tomatoes. Royale de Poireaux is a French side dish that is essentially a leek ‘custard’ made with eggs and cream. The green part of the leeks is used, so for once you can save the white parts for another use. Leek Royale is a great side dish with either fish or meat; above it is pictured as a side to venison steak and fried potatoes. The leek royale doesn’t look as good as it will when it’s freshly made, because I had made these the day before and reheated the squares in the oven.

Elie used a recipe by chef Boulud. I made some changes to make the recipe easier (less steps that didn’t make a lot of sense to me), and healthier (much less cream!). The leek royale still came out wonderfully, and I will definitely be adding this recipe to my repertoire for dinner parties as it is delicious as well as looks good.Another change that I made is that I used crème fraîche instead of regular heavy cream, which freshens up the flavor a bit. This is a side dish you should give a try, you will be glad that you did. And Elie, thanks for the inspiration!

For 4 servings as a side dish 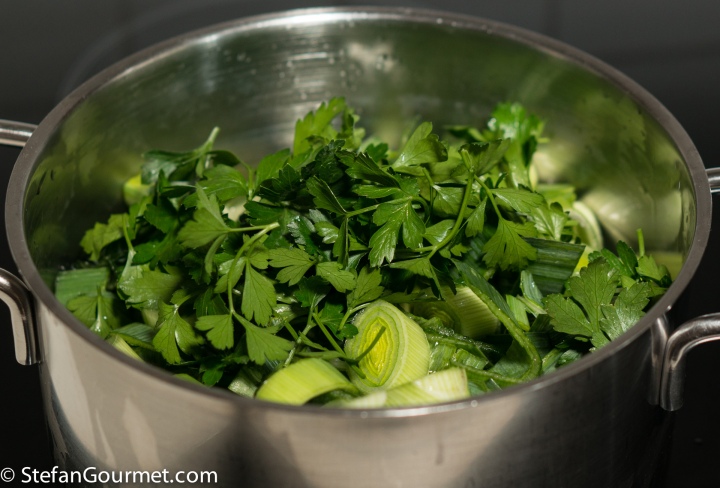 Put 400 grams chopped leeks and 10 grams parsley leaves in a saucepan and cover with water. Bring to a boil…

…and then cook for 3 minutes.

Drain (to reduce waste even more, you could catch and reserve the cooking water and use it as a basis for a stock).

Put the leeks and parsley on a tea towel…

…and use the tea towel to squeeze out as much liquid as you can.

Put the leeks in the blender together with 3 eggs, 200 grams crème fraîche, salt, and freshly ground white pepper.

Blend until smooth. Taste and adjust the seasoning with salt and freshly ground white pepper. 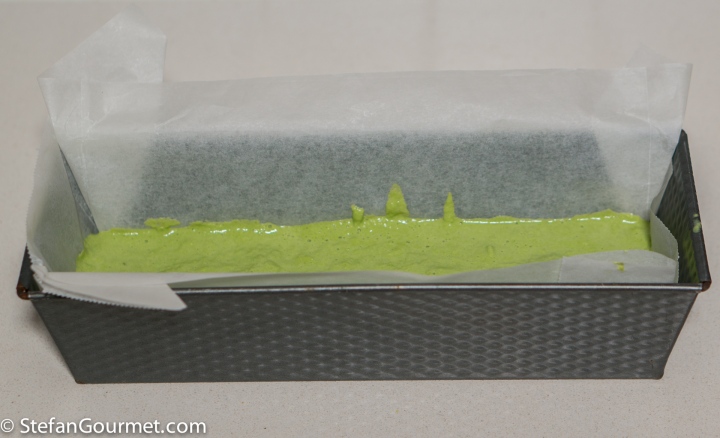 Line an oven proof dish of your choosing with oven paper (I folded it such that I didn’t have to cut it so the custard couldn’t leak), and fill it with the mixture.

Put the dish in a larger dish, which you fill with boiling water…

…such that you will cook the custard au bain marie. Cook the custard like that in the oven for 30 to 40 minutes at 135C/275F (fan forced) until it has set. 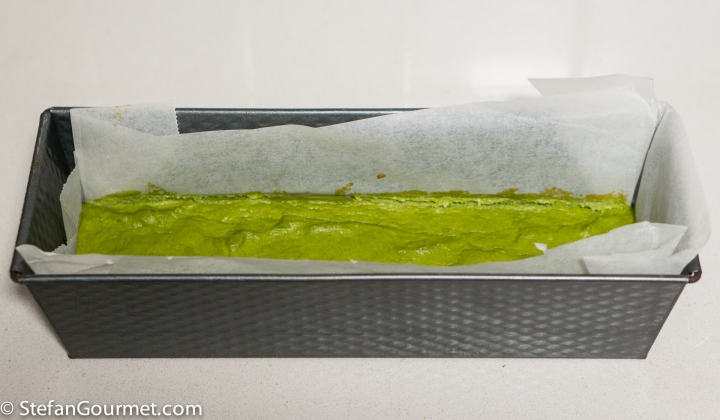 Take it out of the oven.

It can now be served at once or be reheated later. Because of the oven paper, it will be very easy to take the custard out of the dish. You can cut it into squares or any shape you like.

Crostata is a very popular Italian jam tart that is eaten both for dessert and breakfast. This apricot crostata was served as a dessert with a scoop of ginger and honey ice cream, and it was absolutely wonderful.