With as much cooking experience as I have, most new dishes I try turn out well the first time I make them. And so what you read on this blog is mostly successes. But to allow you to learn from my mistakes, I don’t shy away from sharing my failures as well. Above you see about 80 ml (1/3 cup) of homemade oyster sauce. It took 24 oysters and a lot of work to make, and it was not nearly as good as store-bought oyster sauce. But let me start at the beginning.

Oyster sauce is a condiment used in Chinese cuisine that was originally produced by cooking oysters and reducing until it becomes thick, dark, and flavorful. Nowadays it is a sauce that is mostly made from water, sugar, and salt, thickened with corn starch and colored with caramel, and flavored with often less than 1% oyster extract. Even a premium brand that states on the label it contains 45% oysters, tastes mostly of sugar and salt. And so I’ve been curious to try making it from scratch. I am a big advocate of making everything at home from scratch, as in most cases it just tastes a lot better and in many cases it is even cheaper. The latter is clearly not the case for making oyster sauce from fresh oysters, so I waited until leftover oysters went on sale after the holidays to try this.

It all started with 24 fresh oysters.

They were shucked and the oyster liquid was reserved as well. All recipes I found online for making oyster sauce from oysters specified it like that.

With hindsight, I think it would have been better to discard the oyster liquid, which is already too salty before reducing, and use fresh water instead.

The oysters with their liquid were put in a blender… 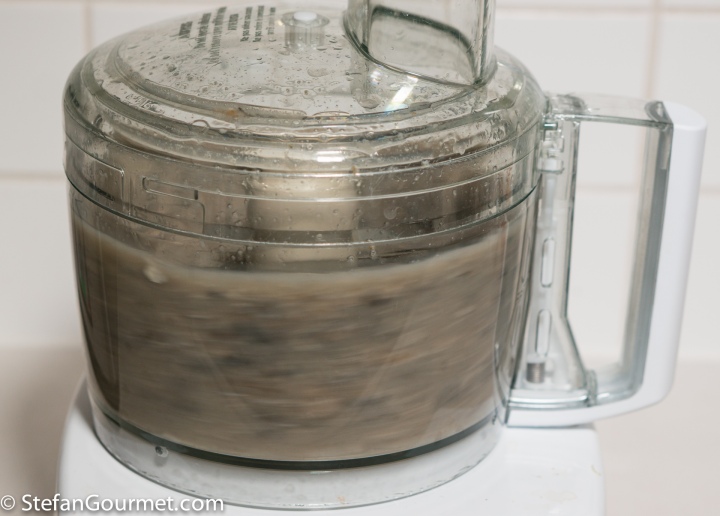 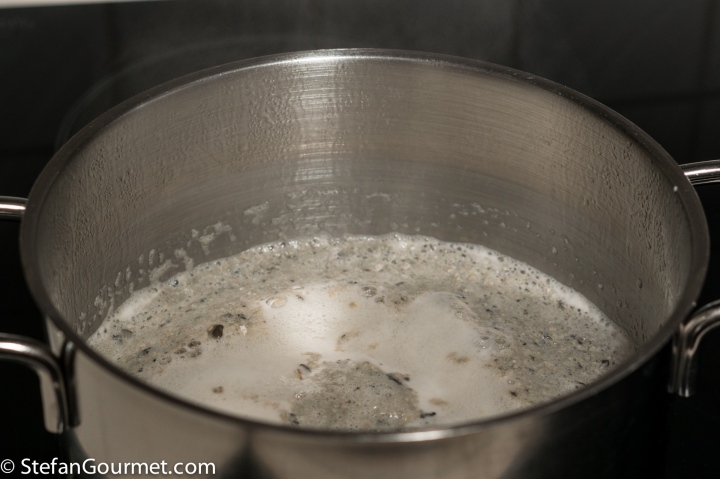 This mixture was brought to a boil… 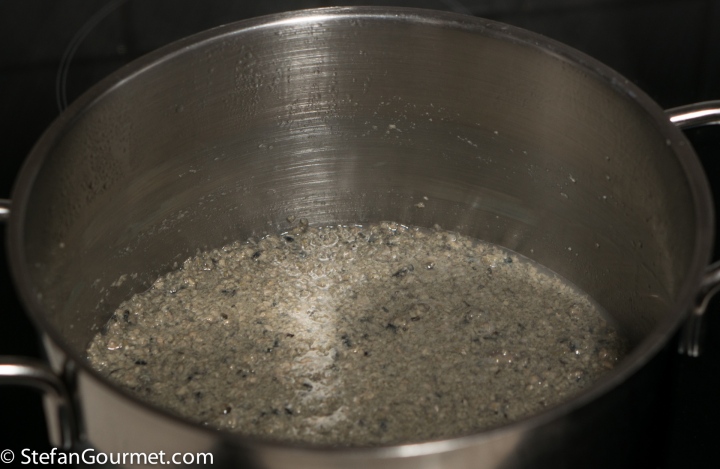 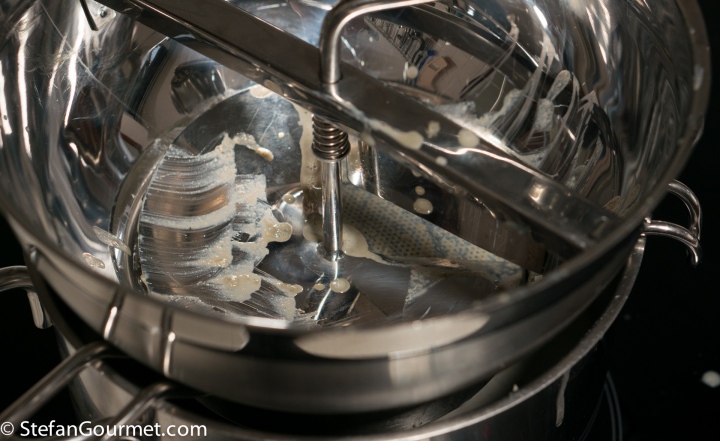 The resulting mixture was filtered with a fine sieve…

This was further reduced. The resulting ‘stuff’ didn’t look very appetizing and it didn’t become brown but rather a nasty green. It tasted way too salty.

Although my original plan had been to make oyster sauce using only oysters as ingredient, I knew that the only way to rescue this would be to add other ingredients after all. 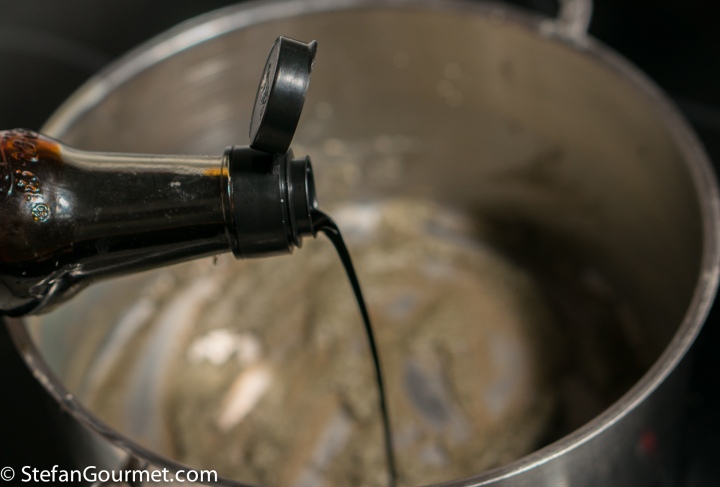 If you add soy sauce to something and it becomes LESS salty, you know that it was very salty! I used dark soy sauce, which is lower in salt than light soy sauce.

I also added some brown sugar, and some water.

I then thickened the mixture with a corn starch slurry.

I brought this to a boil and simmer it briefly until thickened.

The resulting oyster sauce wasn’t bad and it tasted a hell of a lot more like oysters than store-bought oyster sauce, but I did not prefer it that way. Combined with the fact that it took 24 fresh oysters to make such a small amount of oyster sauce, I decided that oyster sauce is one of the exceptions that is better to buy in a store than to make from scratch.

This delicious carrot and almond cake is flavored with orange juice and five spice.

13 thoughts on “Oyster Sauce: Don’t Try This At Home”