Stroopwafels are a Dutch treat that is very popular both inside and outside the Netherlands. They are thin round waffles, filled with syrup that has a hint of cinnamon. They are very addictive! When a Dutchman wants to charm a foreigner, the best gift to bring is a box of these syrup-filled waffles. They can be hard to find outside of the Netherlands, but of course you can always make them yourself from scratch. Here is how! This is the recipe from Cees Holtkamp, a famous retired pastry chef from Amsterdam.

Stroopwafels are usually served with coffee or tea. Some people prefer them cold and chewy, others prefer them warm and slightly brittle. To warm them up, either put them on top of a mug of hot tea, or in the oven for a couple of minutes. The microwave is not a good idea, as that will overheat the syrup (and you can burn yourself if it leaks out). 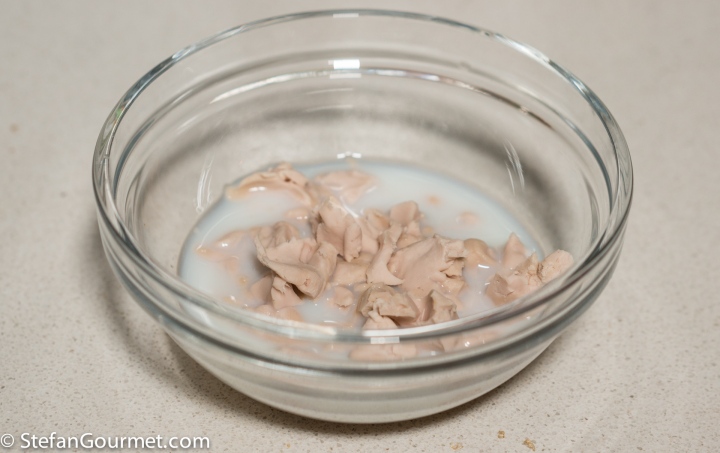 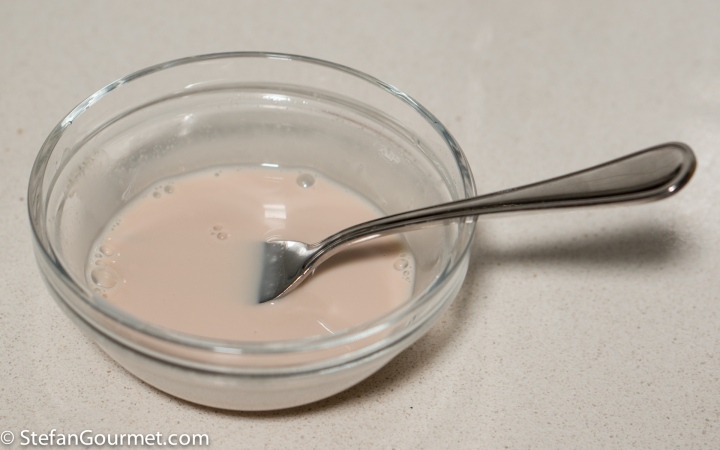 …and stir with a fork to dissolve. 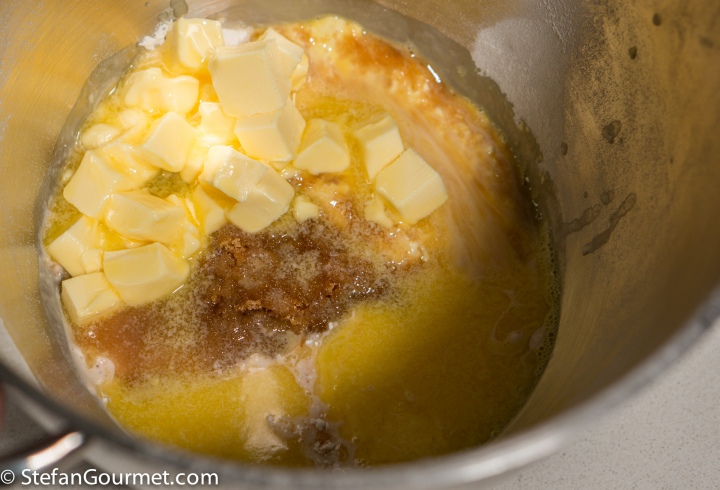 Mix with the paddle attachment…

…until the dough comes together.

Cover with a damp cloth and allow to rise for an hour in a warm place (like the oven with the light turned on).

Divide the dough into balls of about 30 grams (1 oz) and arrange them on a warm baking sheet, spaced apart.

Cover again with the damp cloth and allow to rise for another 15 minutes.

…until it starts to boil. Then turn off the heat.

Allow the syrup to cool to lukewarm. If needed, heat it up again slightly. 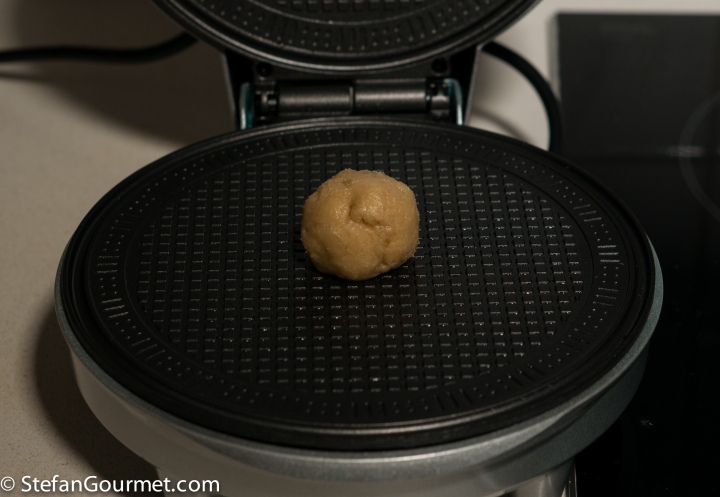 Heat up the waffle iron. When it is at cooking temperature, put a ball of dough in the center… 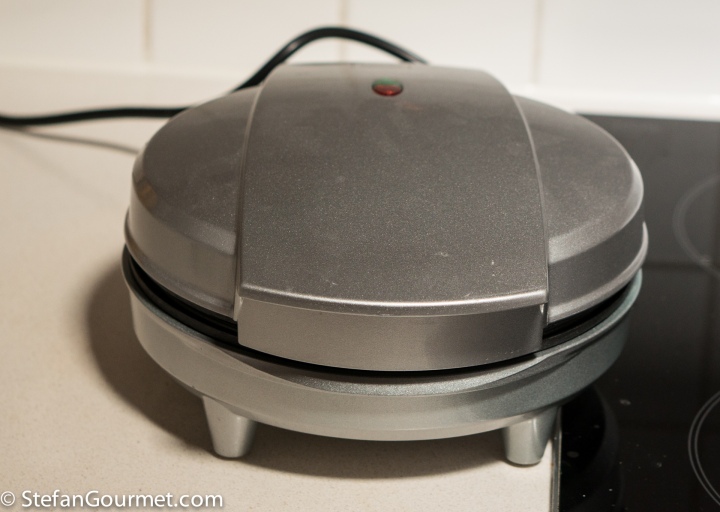 Allow to cook for 2 minutes, or until brown.

When the waffle is still warm, carefully cut it in half horizontally.

It helps to use an oven mitten to hold the waffle. It is best to cut it while it is still warm, as otherwise it will break. 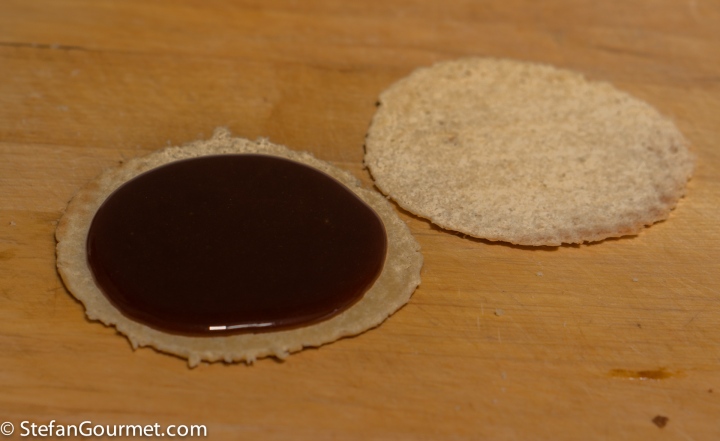 Put about a tablespoon of the syrup on the inside of the waffle and spread it out a little, leaving about 0.5 cm (1/4 inch) bare.

Cover with the other half of the waffle, pushing down gently and rotating the top waffle to distribute the syrup.

It takes a bit of practice to use the right amount of syrup (too much and it will leak out) and to cut the waffle evenly.

Allow to cool at least a bit before serving, as otherwise the syrup will be too runny. Depending on how you like them, you could also allow them to cool completely. If you like them chewy, store in an airtight container and wait for a couple of days.

As mentioned in the introduction, stroopwafels are usually served with tea or coffee and not as a dessert. I did serve them after a dinner and couldn’t resist serving a dessert wine with it. A dessert wine with notes of caramel will work well, like this Picolit from Friuli in North-Eastern Italy. This Collio Picolit DOC worked very well with the waffles, as it was sweet enough and the spicy and caramel notes work well with the cinnamon syrup. Picolit is a native grape variety from Friuli that almost went extinct because of the low yield, but has been rescued and is now used to make delicious passito wines. Passito means that the grapes are dried before making the wine.

This witlof and pancetta salad is perfect for fall or winter. The city of Treviso (near Venice) is famous for its Radicchio Rosso di Treviso. This is the red cousin of witlof as it is known in the Netherlands and Australia (chicory in the UK, Belgian endive in the US). Since radicchio is hard to come by, I made this salad with witlof instead. The only other ingredients are pancetta, garlic, and wine vinegar (and a bit of salt and extra virgin olive oil if needed). The combination works really well together and is great for an appetizer, lunch, or light dinner.