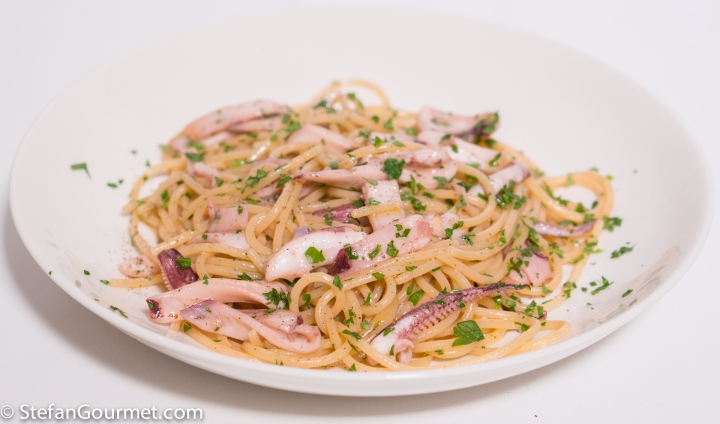 One of the questions I get asked the most is “Do you also cook elaborate meals on weekdays, spending a long time in the kitchen?” I always answer that I do cook nice food every day, but that it doesn’t have to take a long time at all. In fact, many pasta dishes I prepare don’t take longer than it takes to boil the pasta. This is another example of such a dish, that came about because I had some leftover squid from making this recipe using 2 large fresh calamari. I only used the bodies for the dish, and thus the tentacles and ‘wings’ were left over.

Squid can be cooked either briefly or low and slow. If cooked briefly it is tender but with a lot of bite to it, and when cooked low and slow it becomes very tender. I already have several recipes for squid cooked slowly in tomato sauce (like this one), but this time I wanted to keep it as simple and as quick as possible. The squid should be cooked very briefly, which means that you should actually wait until the spaghetti is almost ready before you start with the sauce. Otherwise you risk cooking the squid for too long, leading to rubbery squid.

As long as the squid has already been cleaned, this recipe definitely won’t take longer than is needed to cook the spaghetti. If dishes that are often made with tomatoes are made without them, in Italy that is called in bianco, the white version of the dish. The opposite can be called in rosso, but that is usually omitted. 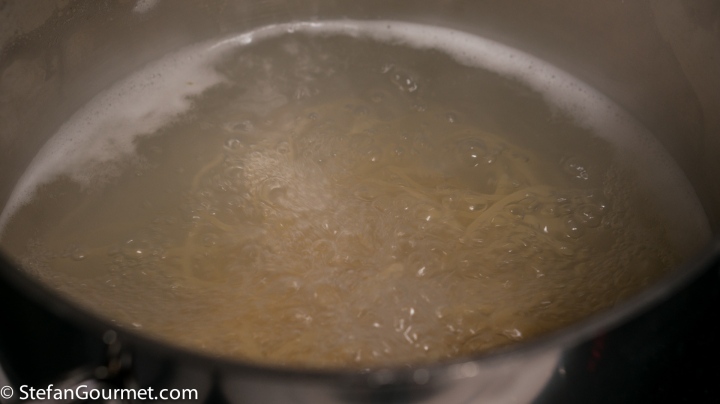 Bring a large pot of water to a boil. When the water boils, add salt and the spaghetti. Set the timer for 1 minute less than the time indicated for al dente on the package.

When the timer indicates there is 5 minutes left before you have to drain the spaghetti, heat the olive oil in a frying pan. Add the garlic, and cook until golden.

Add the squid and stir briefly over high heat until every part of the squid has touched the hot surface of the pan. Season with salt. 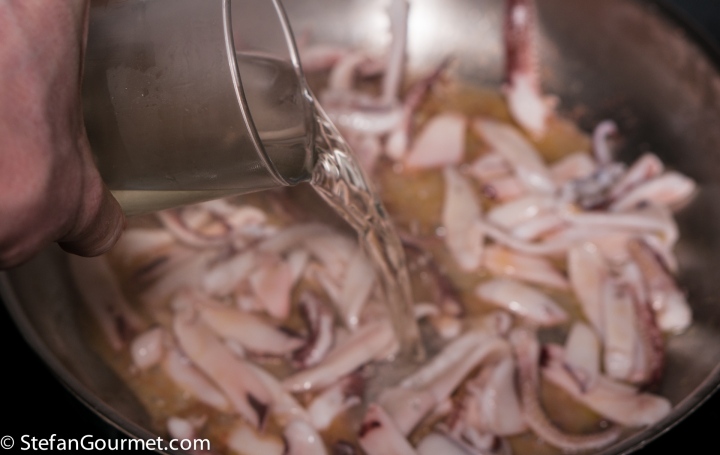 Deglaze with the white wine. 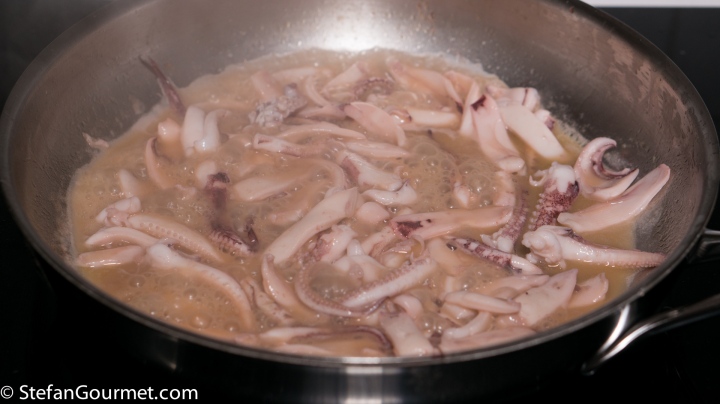 Allow to reduce over medium high heat. Discard the garlic.

Drain the pasta and add to the squid. 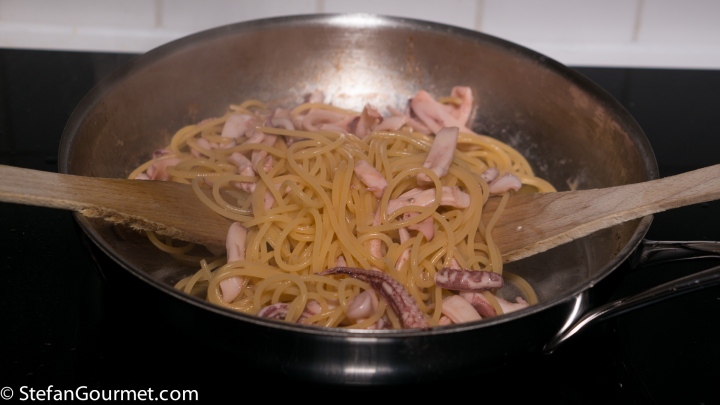 Stir for 1 minute until the spaghetti has absorbed the juices, then turn off the heat.

Add most of the parsley and season to taste with salt and freshly ground black pepper. 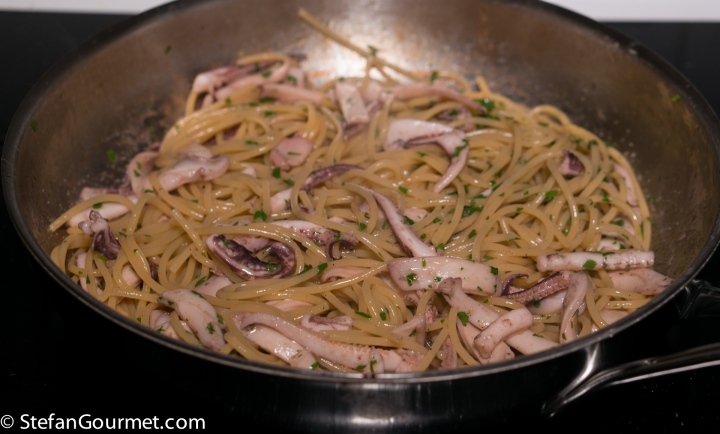 Serve on preheated plates, drizzled with the best extra virgin olive oil you have.

This risotto with savoy cabbage and sausage is absolutely wonderful.

4 thoughts on “Spaghetti with Squid ‘in Bianco’”