We love eggplant and we love Thai food, so it was no surprise that we loved this when our friend Melvin prepared this for us according to Pailin’s recipe. Although you could also make it with regular eggplant, it is better with the more delicate Asian eggplant. They have a longer shape and are a lighter color of purple. The eggplant is grilled over charcoal or under the broiler and served with a sweet, sour, umami, and spicy dressing, as well as a boiled egg. Egg with eggplant, how appropriate. 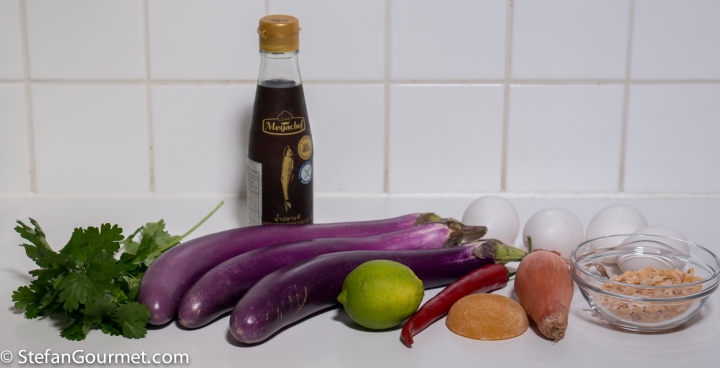 For 4 servings as an appetizer

Preheat the broiler or prepare a charcoal grill. Pierce the eggplant all over with a knife or fork.

When using a broiler, line a baking sheet with aluminum foil and arrange the eggplant in a single layer.

Broil close to the broiling element until slightly charred, then turn and broil the other side.

Using very high radiant heat is important to char the eggplant without overcooking it. (On the other hand, if the heat is too high, the eggplant may burn before it is tender.)

Allow the eggplant to cool off while you prepare the dressing.

To make the dressing, put 3 tablespoons of the dried shrimp in a bowl and cover with boiling water. 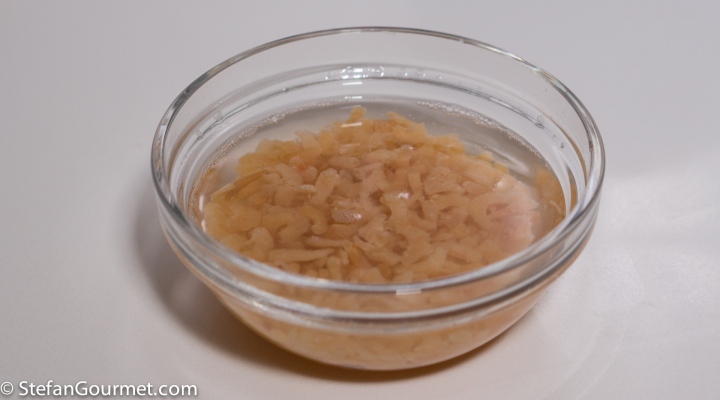 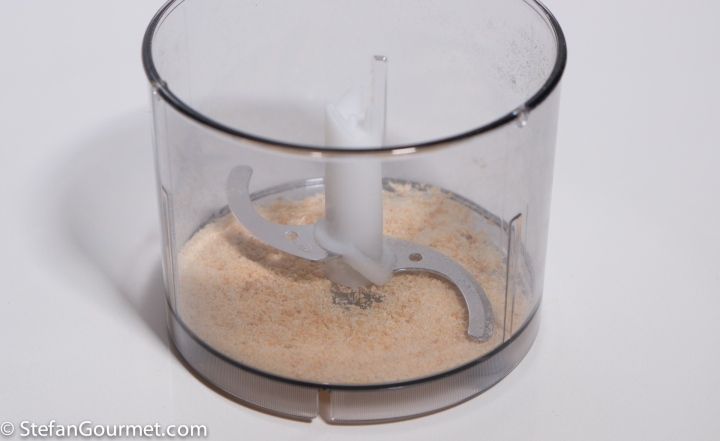 Pound the red chili in a mortar using a pestle. I prefer to mince the chili first.

Add the palm sugar, and pound until dissolved.

Drain the shrimp and add to the mortar, then pound a few times. 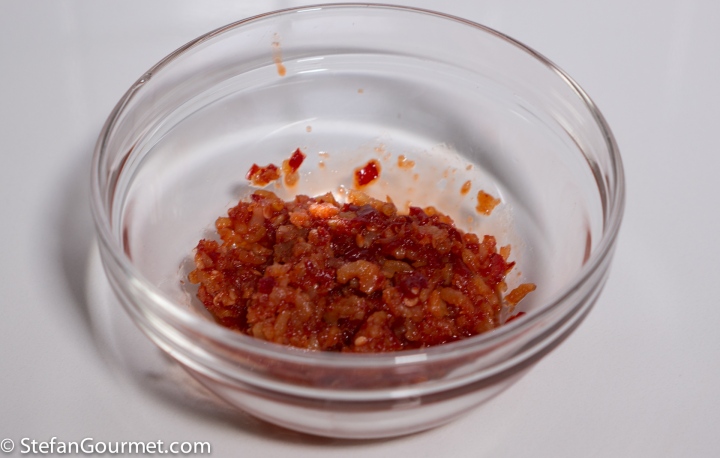 At this point I thought it was more convenient to transfer the contents of the mortar to a bowl.

Boil the eggs until the white is firm and the yolks are soft but not runny. The time will depend on the size and starting temperature of the eggs, as well as whether you add them to the water from the start or only after it’s boiling. 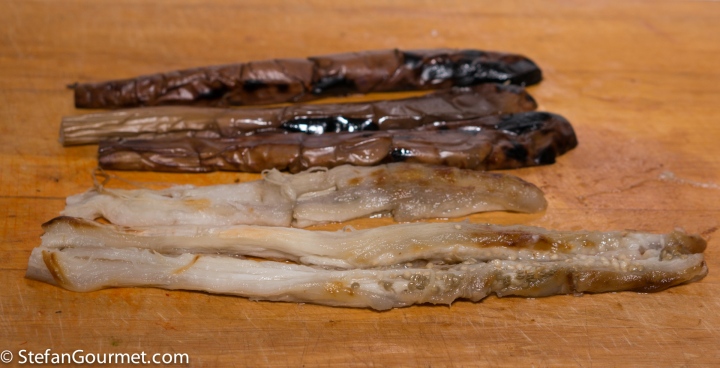 Remove the top and bottom from the eggplant. Cut the eggplant in half lengthwise. Carefully peel off the skin.

Spoon the dressing on top of the eggplant.

Peel the eggs and cut them in half. Garnish the eggplant with the cilantro leaves and serve with the eggs.