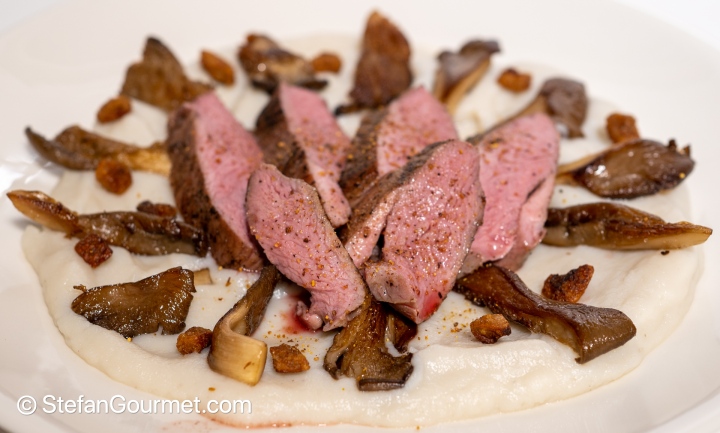 I enjoy cooking, but it is also a great pleasure if someone cooks for me for a change. I appreciate it all the more because it can be nerve-wracking or at least intimidating to cook for a more experienced cook. My friend Anja prepared something similar to this, and I really liked the flavor combination of creamy sunchoke puree, earthy mushrooms, crispy duck crackling, tender and juicy duck breast, and the aroma of five spice. Anja made the five spice powder from scratch, but I was lazy and used store-bought. I cooked the sunchokes and duck sous vide, and replaced the mascarpone with ricotta as I had some leftover ricotta that needed to be used up (mascarpone will make it richer). I couldn’t find chanterelles, and so used oyster mushrooms instead. I did not add any fat, but used just the rendered fat from the duck to cook the mushrooms and sear the duck breast. It turned out very good, almost as good as Anja’s version.

Serves 2 as a main course or 4 as an appetizer

Separate the skin from the meat. This is mostly a matter of pulling, but a very sharp knife is needed at some points to keep it going.

Cook the duck for 2 to 4 hours at 55C/131F. The longer time will make the meat more tender and it also depends on the tenderness of the duck breast how much time is needed to make it tender.

Peel the sunchokes, cut them into chunks, and vacuum seal. Make sure the thickness of the bag does not exceed 2.5 centimeters (1 inch), as otherwise a longer cooking time will be needed. 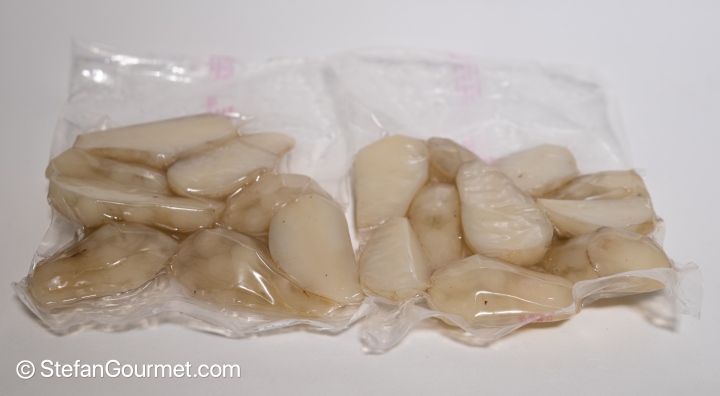 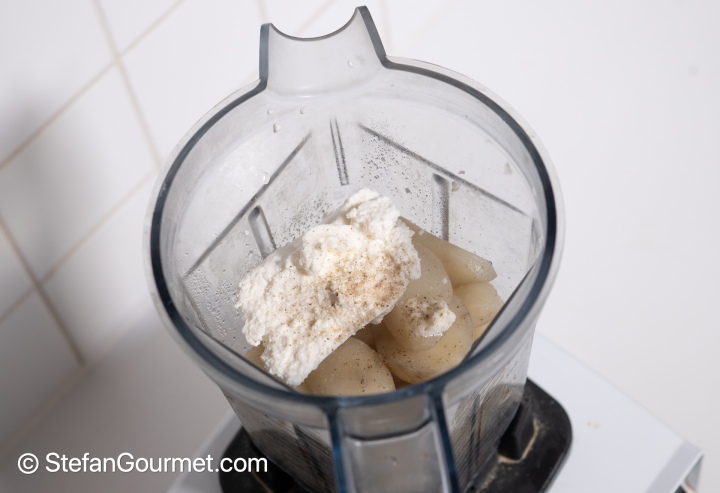 When the sunchokes are cooked, put them in a blender together with the ricotta. Season with salt and freshly ground white pepper.

Blend until smooth. Taste and adjust the seasoning if needed.

If you don’t have multiple sous vide appliances, you can do this before the duck breast and reheat the sunchoke puree when it is time to serve.

Cut the duck skin into small pieces. Put them in a small frying pan over medium heat and turn them regularly. 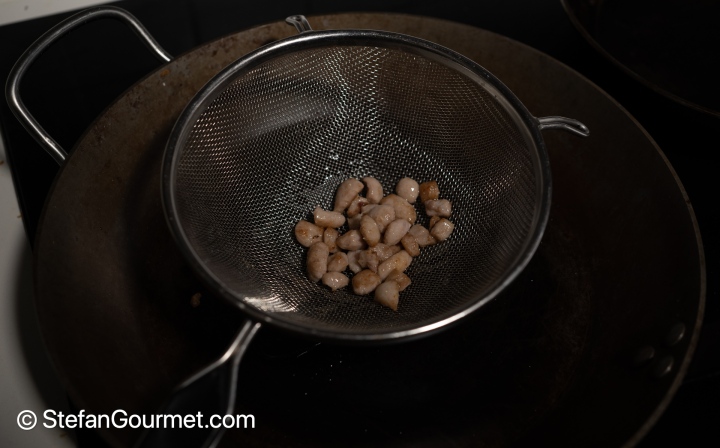 Strain the fat that will render out of the duck skin into a large frying pan a couple of times, and return the duck fat bits to the small frying pan to render them some more. 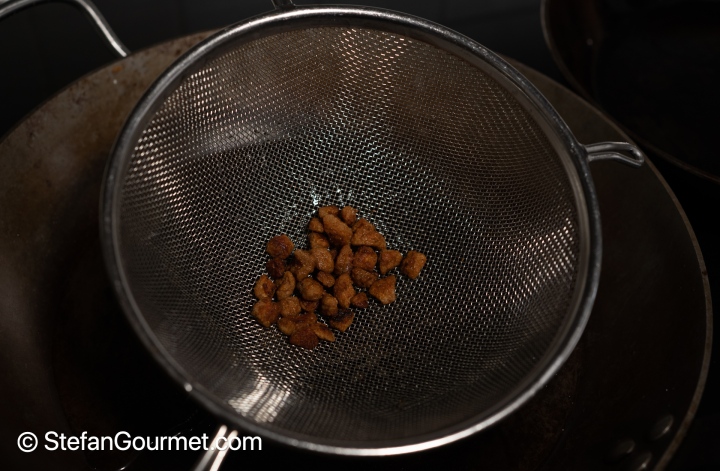 Keep going until the duck crackling is crispy and golden brown. Keep some of the rendered duck fat in the small frying pan (about 1/2 tablespoon), but put most in the large frying pan.

Peel the garlic clove and cut in 2 or 3 slices. Put the large frying pan with the rendered duck fat over medium heat, and cook the garlic until golden on both sides. Then discard the garlic. 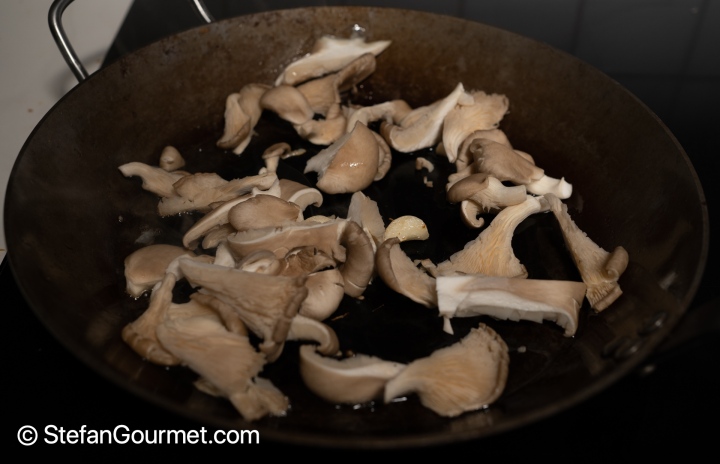 Add the mushrooms and increase the heat to high.

When the duck breast has been cooked sous vide, take it out of the bag and pat it dry with paper towels.

Sear it briefly (30 seconds per side) over very high heat in the small frying pan with rendered duck fat.

Allow the duck to rest for 5 minutes after searing, wrapped in aluminum foil. Then slice it with a very sharp knife.

Season the duck crackling with some of this mixture.

Place a circle of sunchoke puree on each preheated plate. Arrange the mushrooms, duck meat, and crackling on top. Season the duck some more with the mixture of salt and five spice.

Sunchokes are also called jerusalem artichokes, because their flavor is similar to artichokes. Unfortunately, that also means that it can be difficult to find a wine pairing. If memory serves me right, Anja served this with a red from Veneto from dried grapes, that worked very well. A pinot noir could also work, if it is not too dry. Instead of red, an oaked white could also work.