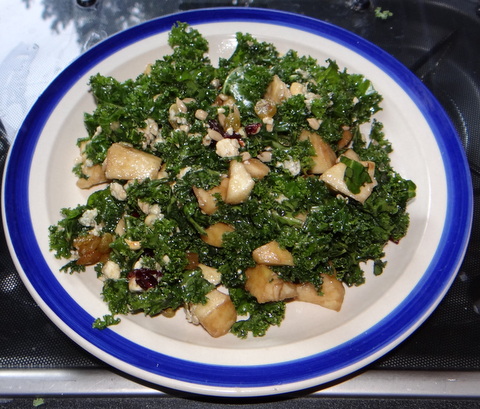 I was intrigued when I read about a kale salad on EmmyCooks.com, as kale is something that I had never associated before with a salad. Kale is called boerenkool (“farmer’s cabbage”) in the Netherlands, and is eaten boiled with mashed potatoes, gravy and smoked sausage.

In the Netherlands boerenkool is a winter vegetable and is not available fresh in summer, so I haven’t been able to try this salad until now. As I am currently touring national parks in the USA with an RV, I noticed that kale is indeed available here as a summer vegetable. So I decided to try Emmy’s recipe. 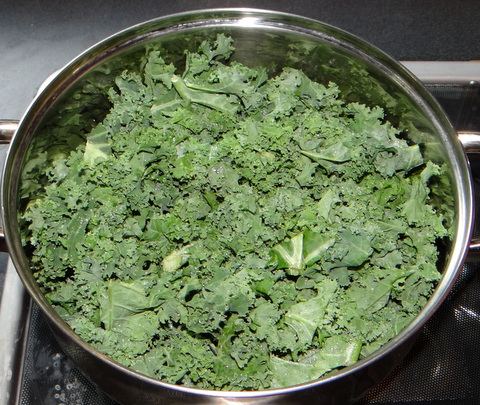 The kale I bought was already shredded and washed. I’m sure it’d be better with fresh kale, but this is what I could find. 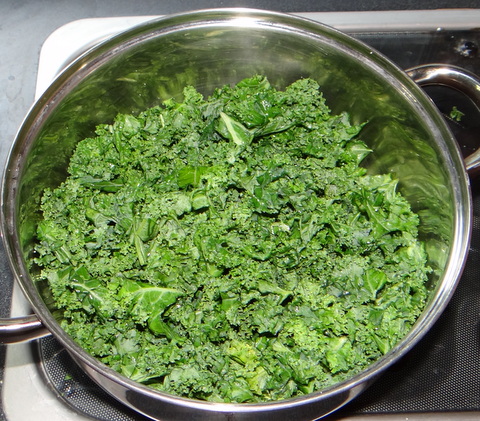 Then I ‘massaged’ the kale with salt as per the recipe, and removed any tough stems that I encountered while doing so. 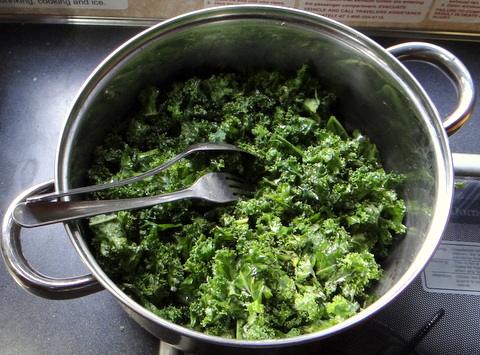 I tossed the kale with extra virgin olive oil and balsamic vinegar (since that is what I had, rather than apple cider vinegar; if you are only cooking for three weeks it doesn’t make sense to buy bottles of everything). 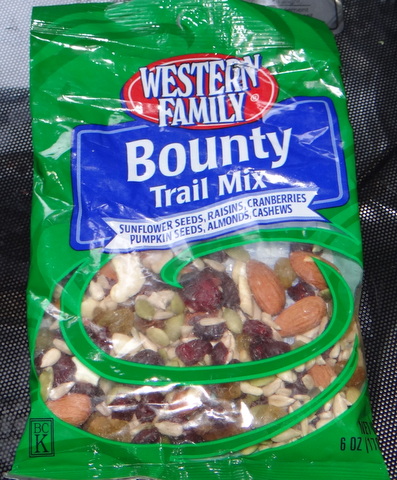 The recipe called for dried currants and toasted sunflower seeds. The closest I could find in West Yellowstone, MT was this trail mix that also had some other stuff in it. 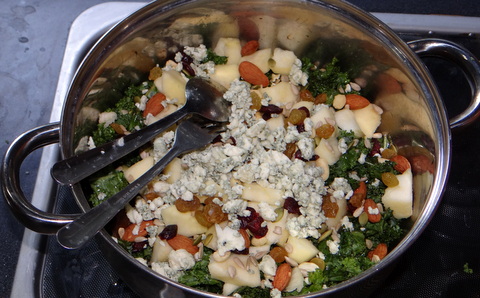 I then added crumbled blue cheese (the only blue cheese available locally) and a diced apple. I left out the diced red onion as I didn’t feel like eating raw onion. 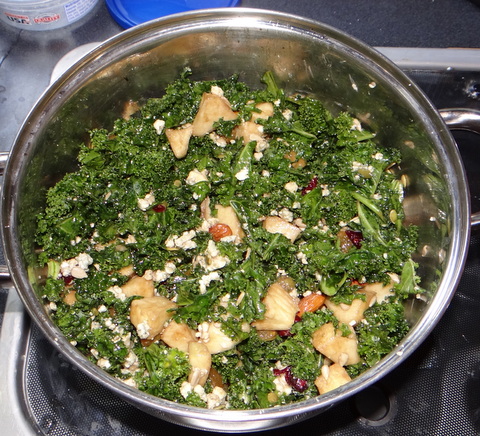 This was tossed again and the salad was ready. Our verdict: very good! Thanks for the recipe, Emmy!