After really having liked salt-baked beetroot at Bord’eau, I decided to make this myself and served it as side for smoked ham of lamb for Christmas. When I googled for some recipes, I noticed that some recipes used only salt, whereas some recipes make a more elaborate crust with egg whites and other ingredients that go well with beets such as horseradish, orange zest, and thyme. As I always try to simplify recipes as much as possible (but without sacrificing flavor of course), I decided to roast them just in salt. But I remained curious about the more elaborate version. And so it was time for another side-by-side experiment together with Teun. 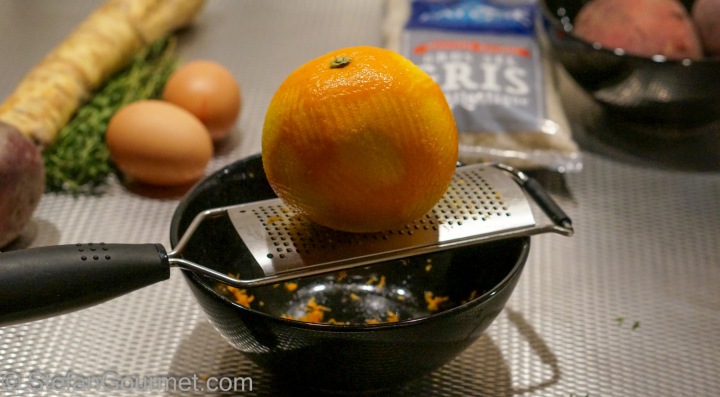 In an oven-proof dish I grated the orange…

…and added the thyme and egg whites. 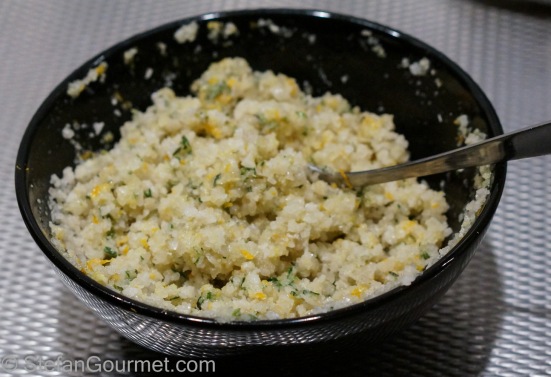 Then I mixed everything with a spoon until it was well mixed.

On the right hand side I first put a layer of coarse sealt in an oven-proof dish, followed by the beetroot.

I covered the beetroot with the remaining salt.

I buried the other beetroot in the salt-orange-horseradish-thyme-eggwhite mixture.

I allowed them to cool a bit.

Then I broke away the salt crust and took out the beets.

This was a lot harder with the salt crust that also included the egg whites. 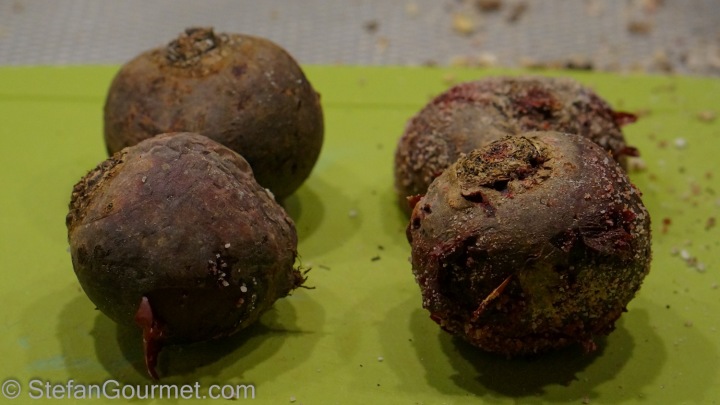 I allowed the beets to cool a bit more…

…and then I rubbed off the skins and rinsed them with cold water to remove any remaining salt.

The verdict? It was impossible to taste any of the thyme, horseradish, or orange in the beetroot. The beets that were roasted with the egg whites mixed in with the salt were slightly more salty, that was the only difference we could discern. The same effect (if desired) could in all likelihood be achieved by adding a bit of water to the salt.

So the conclusion: for salt-baked beetroot don’t bother with an elaborate recipe, just use beetroot and salt! 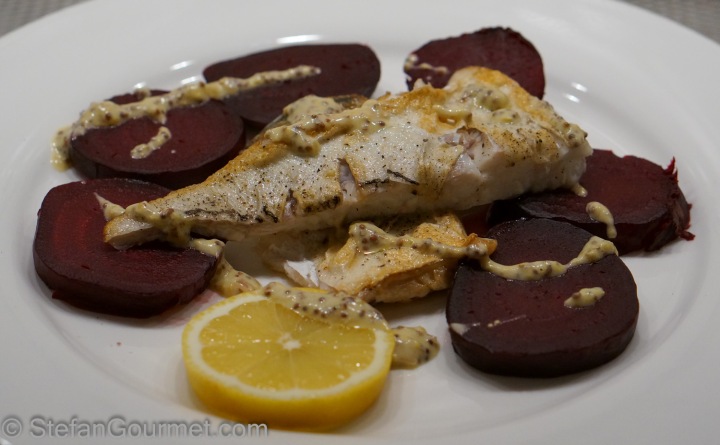 To turn the result of this experiment into dinner, Teun fried some haddock and made a nice sauce of shallot, crème fraîche and mustard that went well with the salt-baked beetroot.

Two years ago I made orecchiette pasta with clams (vongole) and green cauliflower (romanesco). This combination works very well, and is slightly more elegant than the very similar pasta with broccoli and mussels.