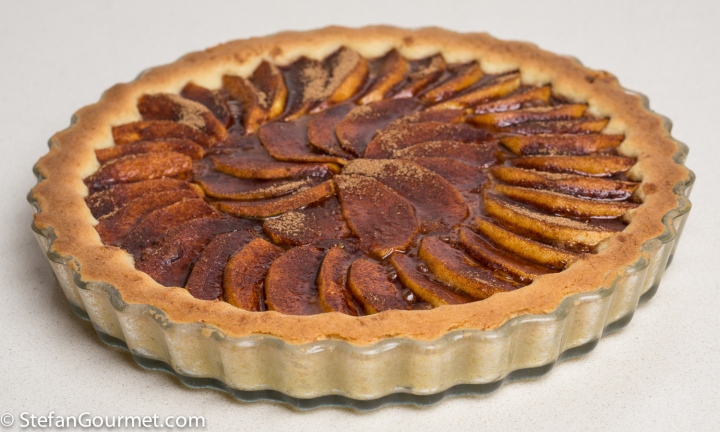 This French-style apple tart is special because of the almond paste filling. If almond paste is not available, you can substitute with ground almonds and sugar. It is best to use tart apples for this tart, for a nice contrast with the almond paste.

For most baking, it is better to use the oven with the fan off, as the fan will make your tart dry. If your oven doesn’t allow you to switch off the fan, decrease the temperature from 200C/400F to 180C/350F. 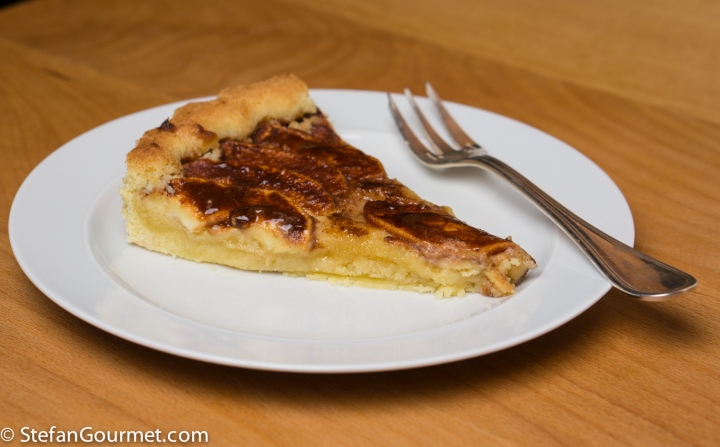 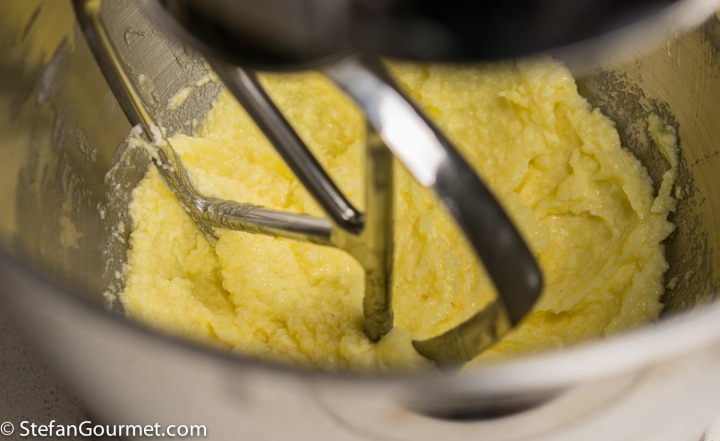 Mix at low speed until homogeneous. 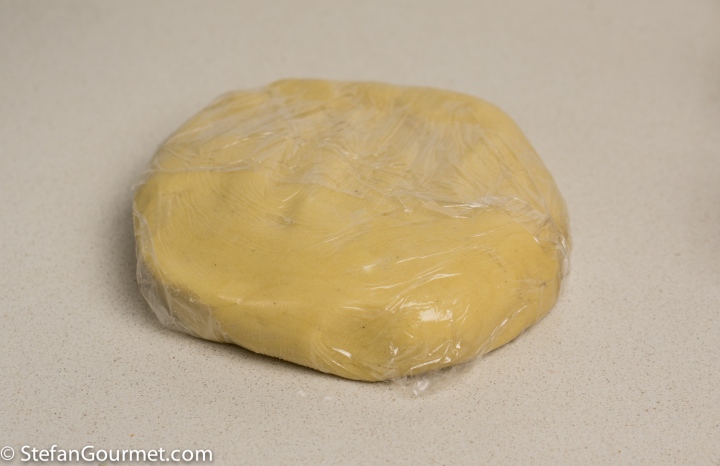 Gather the dough into a ball and wrap it in cling film. Refrigerate it for at least an hour to allow the gluten to relax (this makes it easier to roll out the dough).

Combine 200 grams almond paste, broken into pieces, with an egg in a food processor. 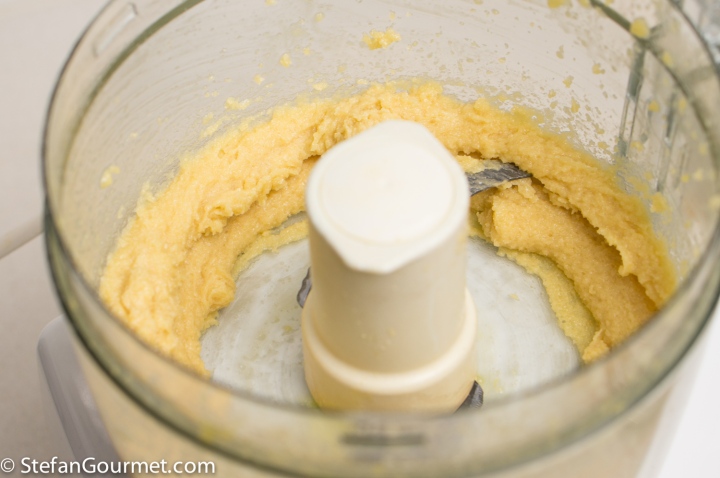 Take the dough out of the refrigerator and roll it out with a rolling pin on a floured work surface, preferably wooden.

Roll it out to a circle that is large enough for the bottom and sides of the tart pan. To get a circle, using the rolling pin in different directions (including diagonal).

Carefully transfer the dough into the pan.

Use your fingers to nicely line the pan with the dough.

Remove any dough that sticks out with the assistance of the rolling pin. 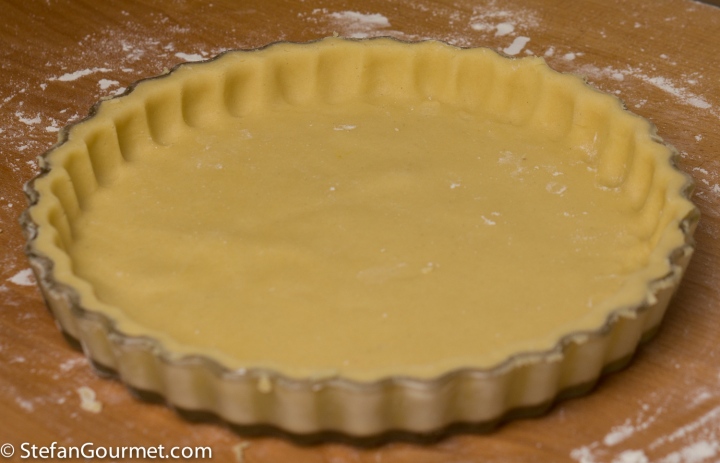 And voilà: a tart pan lined with dough.

Put the almond paste in the pan… 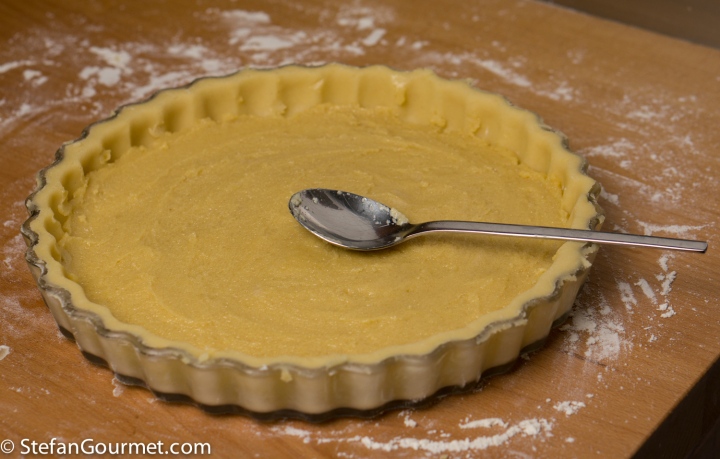 …and use the back of a wet spoon to flatten it (you will have to wet the spoon multiple times). 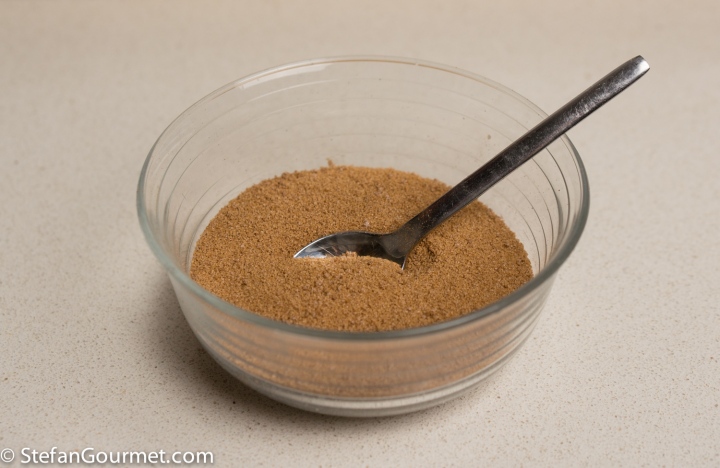 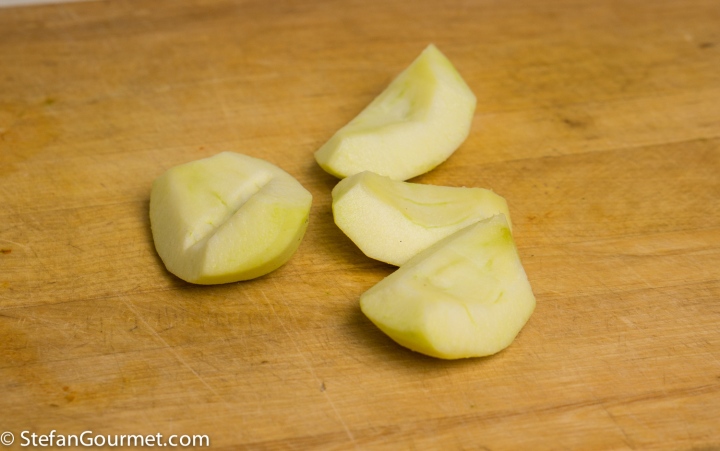 Peel and core the apples, and cut into chunks. 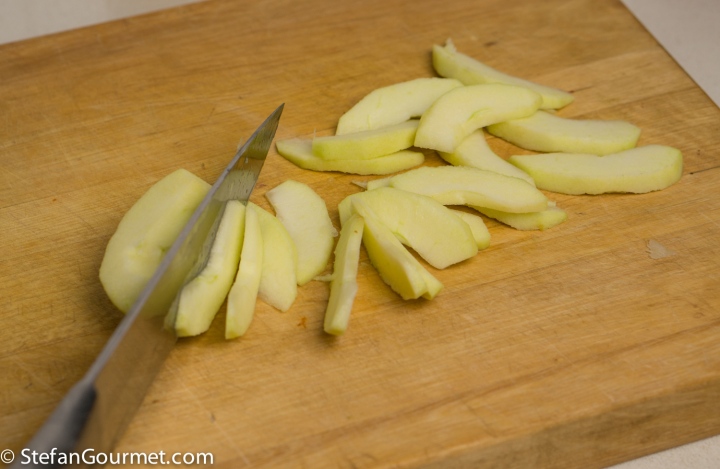 Arrange the apple slices in the tart in a circle, starting from the outside.

It is nice to arrange the inner circle in the opposite direction.

Sprinkle the top with the sugar-cinnamon mixture. 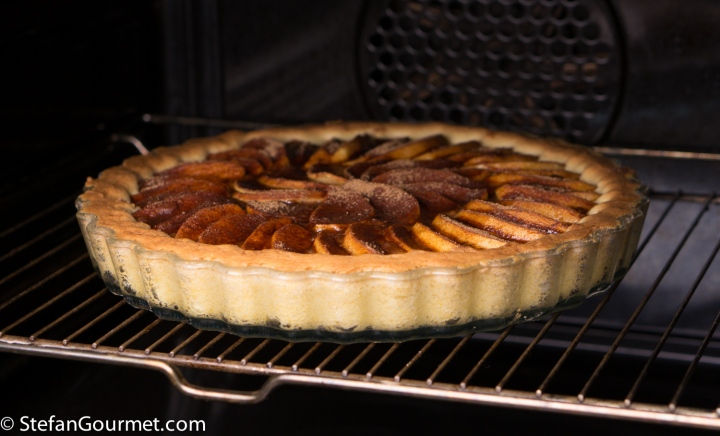 Allow to cool to room temperature before cutting.

This is nice with many dessert wines, such as a Sauternes or moscato passito. Just make sure the dessert wine is sweet enough. 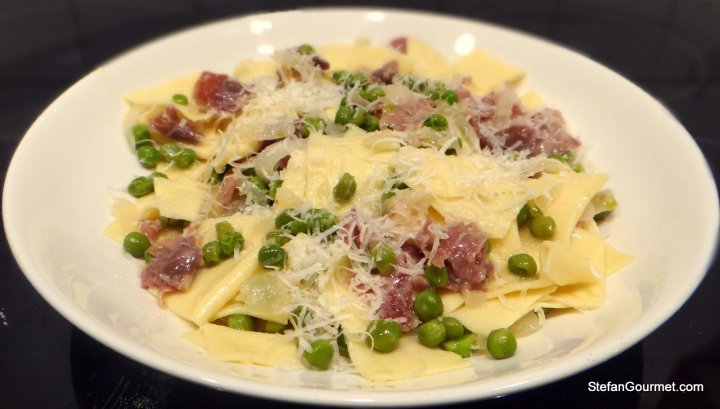 Fresh pasta squares with peas and prosciutto is a nice dish, that you could also make with leftover pasta from making ravioli.