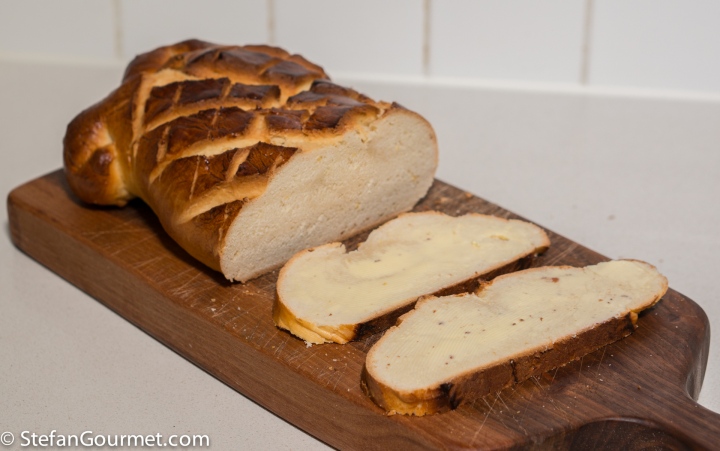 Duivekater is a traditional festive bread that originates in Amsterdam and surroundings and is now still popular in the Zaanstreek where I grew up (and still live), just north of Amsterdam. There are sources as far back as the 16th century describing this bread, and it is depicted on paintings like this one from Dutch master Jan Steen from 1658 (it is the oblong bread leaning against the wall on the left-hand side of the baker).

Duivekater, also written as deuvekater, does not refer to doves (duif) or cats (kater), but to “devil’s cake”. The name originates from the old tradition to sacrifice animals to the gods at Easter, which was later replaced by sacrificing just a limb of an animal, and ultimately only a bread shaped as a limb.

Duivekater is mostly eaten at Easter, but also at Christmas and Whitsuntide. It is a lightly sweetened luxury white bread, enriched with milk and butter, and aromatized with lemon zest. It is more compact than brioche, with only tiny air bubbles, and it is the lemon zest that provides the characteristic aroma. I grew up eating this on the holidays, and never realized it was such a local specialty (as duivekater is hardly known in other parts of the Netherlands).

You eat slices of duivekater with some (unsalted) butter, and the flavor improves after a few days. It keeps for about a week. Here is how to make your own. 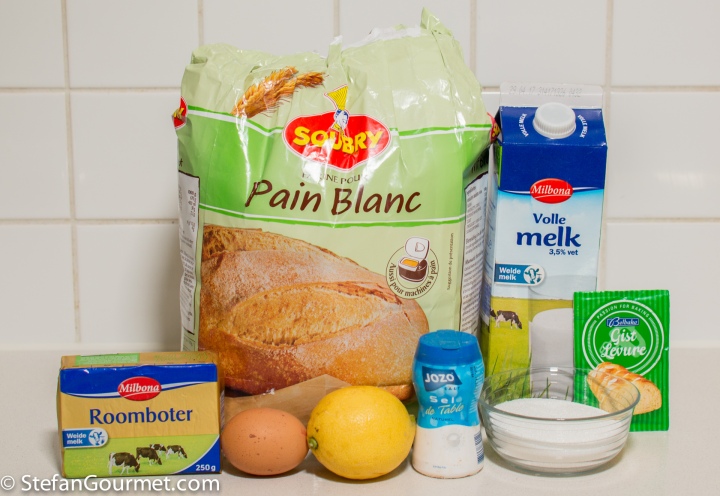 grated zest of a small lemon

Mix about half of the flour with the instant yeast (or crumble the fresh yeast into the milk and stir to dissolve). 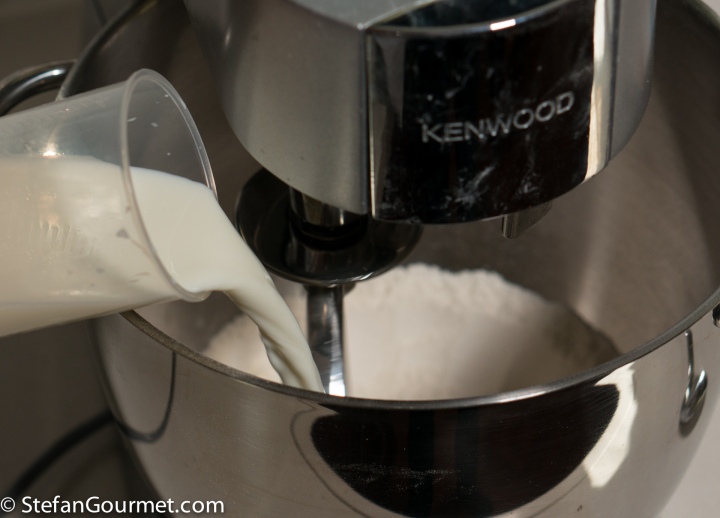 Put the flour in a stand mixer fitted with the paddle attachment and turn on the machine. Add the milk while the machine is running. 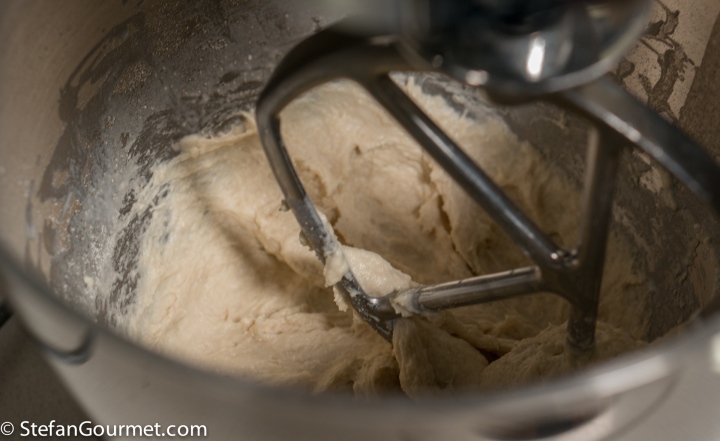 Keep going until the dough comes together.

The dough will be very sticky. Cover with a tea towel and…

…allow to rise for 30 minutes.

Add the remaining flour, sugar, lemon zest, salt, melted butter, and about half of the beaten egg (reserving the remainder).

Mix with the paddle attachment until the dough comes together.

Switch over to the dough hook.

Knead on low speed until the dough is smooth.

Shape the dough into an oblong shape and put it on a baking sheet lined with oven paper. 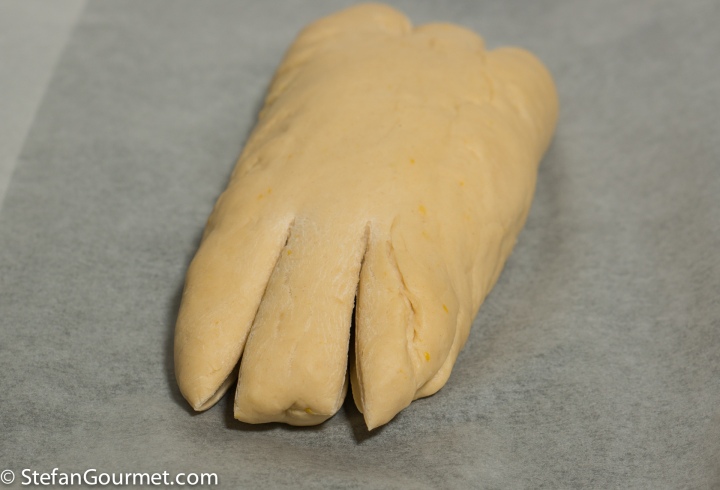 Make deep incisions into both ends…

…and roll them up as shown.

Cover with a tea towel and allow to rise for 30 minutes. 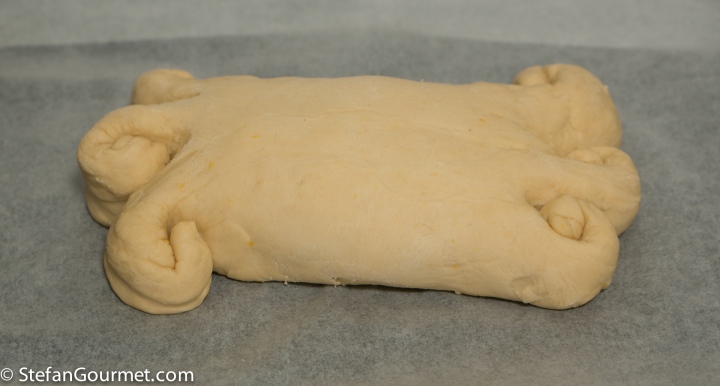 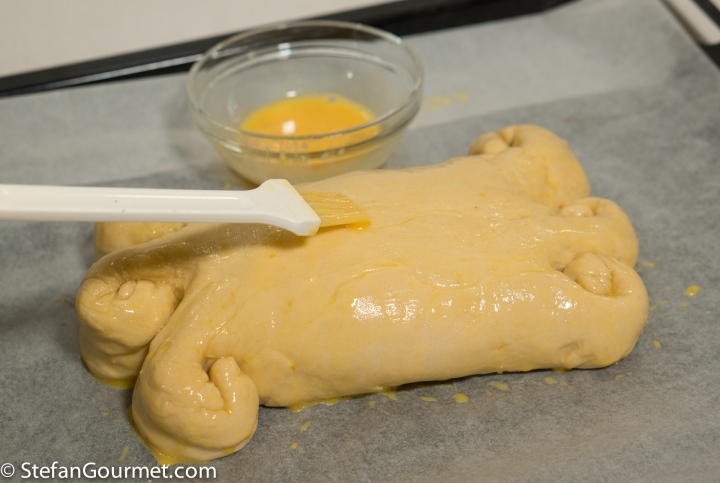 …brush with the reserved egg…

…and carve a decoration into the top. You can make this as elaborate as you like, and can even use small pieces of dough to add further decorations.

Bake for 30 minutes at 200C/400F (not fan forced), then allow the bread to cool completely on a rack before storing it in a plastic bag. 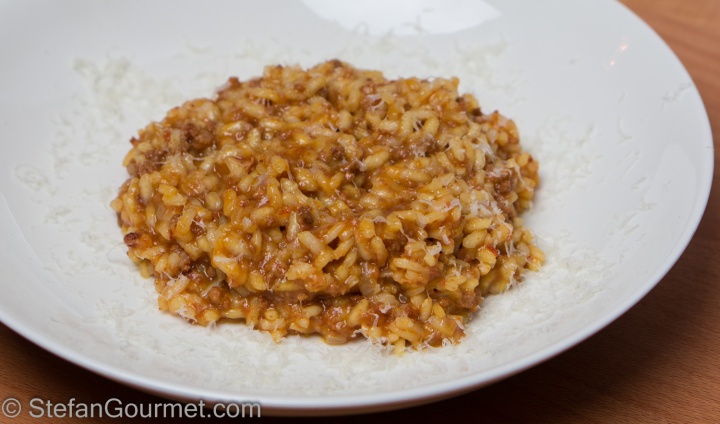 Have you ever heard of risotto alla bolognese? It’s not a traditional combination, but it it delicious and the texture of the risotto and the ragù work very well together. I When I make ragù alla bolognese, I always make a big batch and freeze most of it for later use. If you already have the ragù and some nice homemade stock, this recipe is relatively quick and easy to prepare.