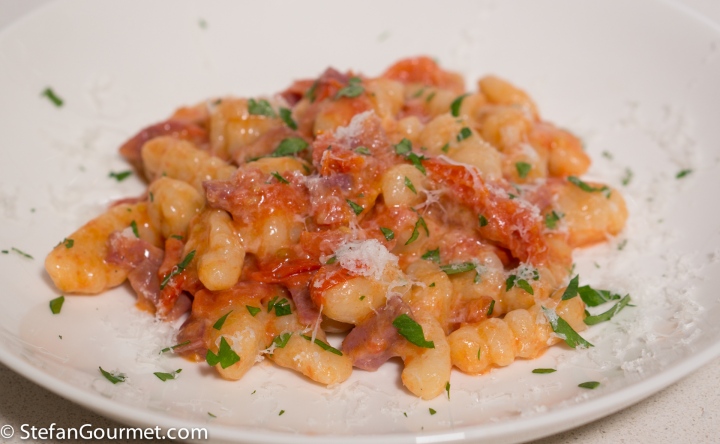 In La Maddalena we had a wonderful dinner at The Bistrot, a trattoria that prides itself on using ingredients from local artisan producers. La Maddalena is the capital town of the Maddalena archipelago on the North-East of Sardinia and the trattoria is a bit outside of the center. The menu changes daily based on what’s available and is written on blackboards above the kitchen counter. As primo piatto we enjoyed Fiores alla Gallurese. The pasta was dressed with cherry tomatoes, pecorino cheese, and dried sausage (salame). Fiores is the name of a pasta in the shape of a flower from a local producer. Since those would be too difficult to shape by hand, I decided to make chiusoni instead. These fresh pasta dumplings can be found all over Sardegna and are also called malloreddus or gnocchetti sardi. Alla Gallurese refers to the region of Sardinia, which is called Gallura. This is tasty way to dress pasta that for a quick meal you could also use with store-bought short pasta such as penne.

Once the pasta is made (or if you use store-bought pasta), this dish is very quick. The only tricky part is the timing. I started a bit too early with the sauce and so my cherry tomatoes were a bit too soft by the time the pasta was cooked. 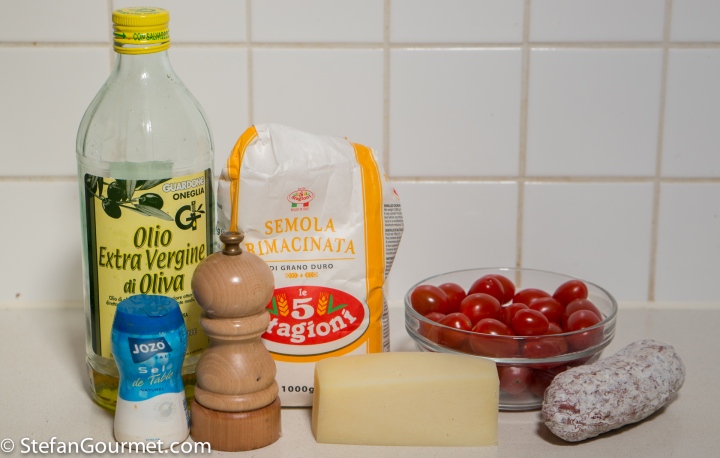 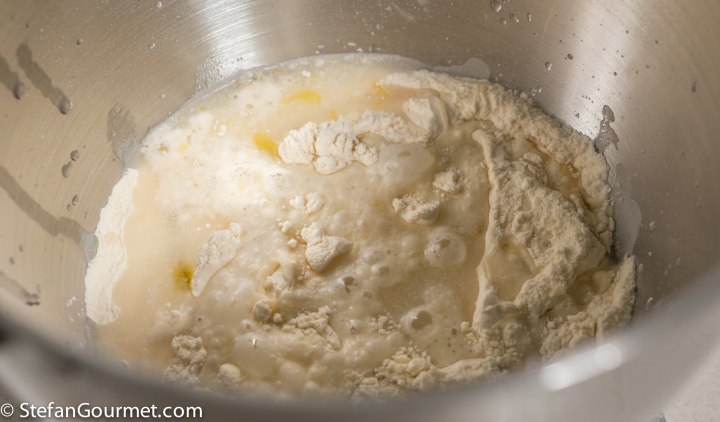 Put the flour in the bowl of the stand mixer together with 2/3 cup water, a tablespoon of olive oil, and 1/4 teaspoon salt. 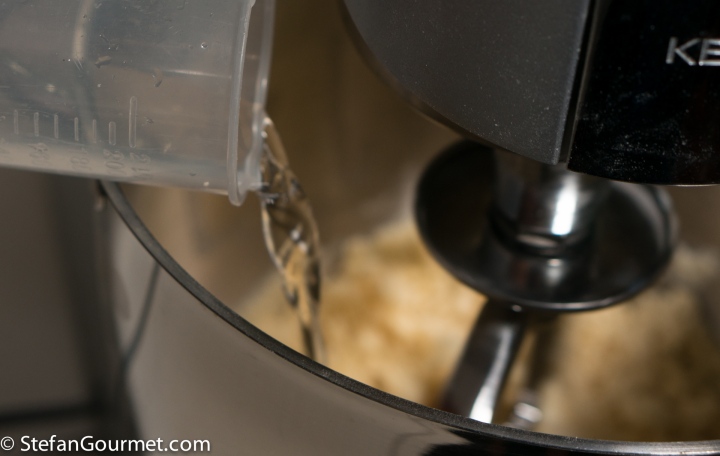 Mix with the paddle attachment until the dough comes together. Slowly add a bit more water if needed. 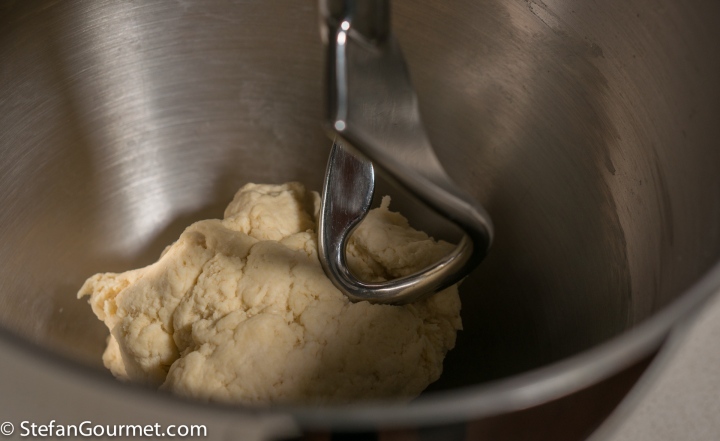 Once the dough has come together, switch over to the hook, and knead until the dough is smooth and elastic, about 10 minutes. 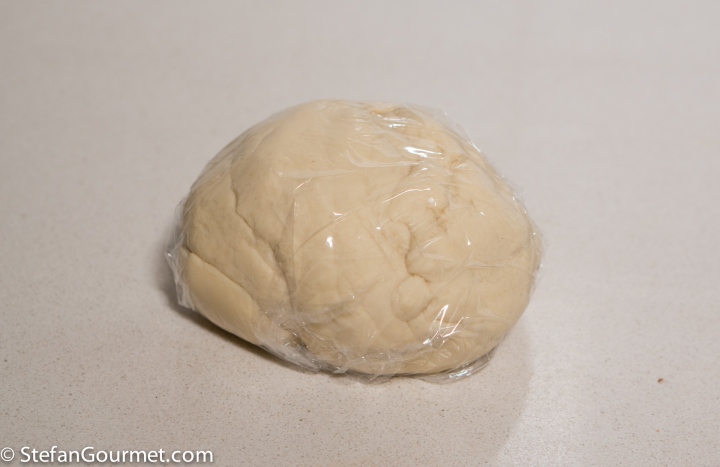 Wrap the dough in plastic and allow to rest for at least half an hour. 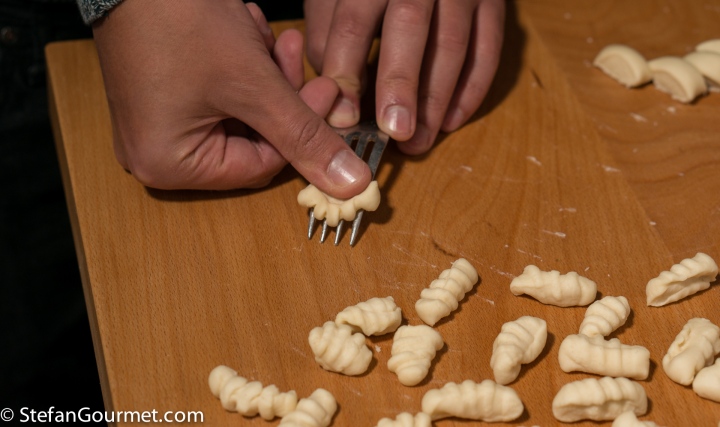 Take a piece of dough, roll it into a sausage as thick as your finger, and cut it into dumplings. Then roll each dumpling on the tines of a fork with your thumb. 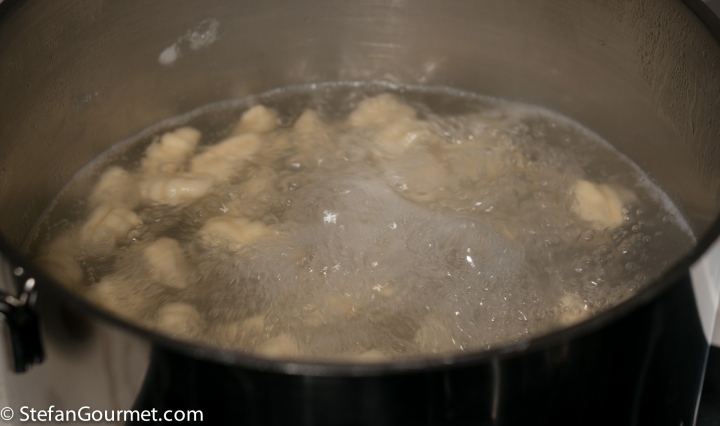 Bring a pot of water to a boil. Add salt and the dumplings. Boil them until they are al dente, about 8 minutes. The cooking time will depend on how large you made them and how dry they are, so you should taste to confirm they are done the way you like it and you should probably start tasting after 6 minutes. 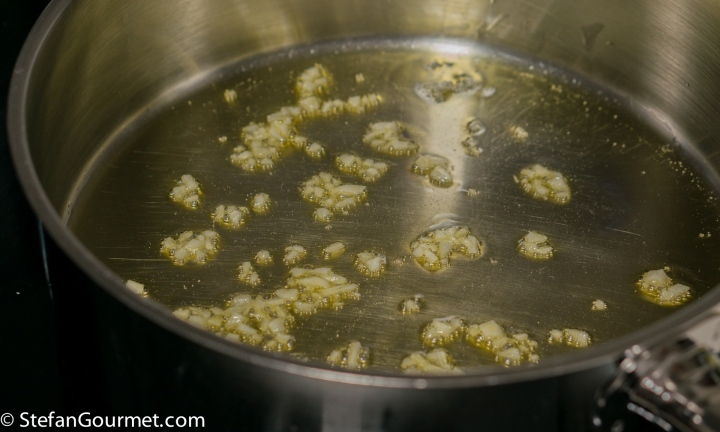 Make the sauce while the pasta is cooking.

Heat 2 tablespoons of olive oil in a frying pan. Add the minced garlic. 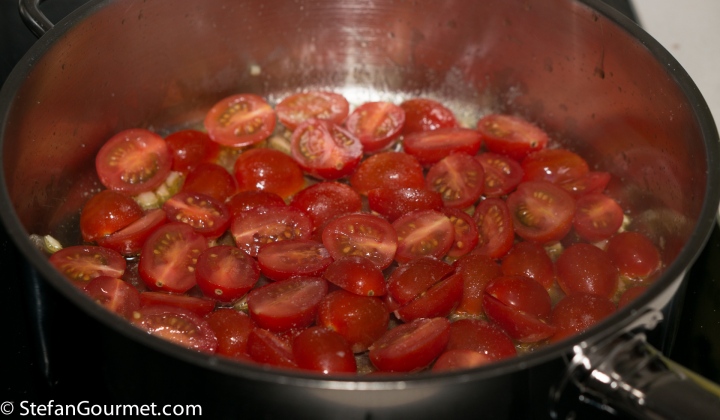 Add the cherry tomatoes and season with salt. 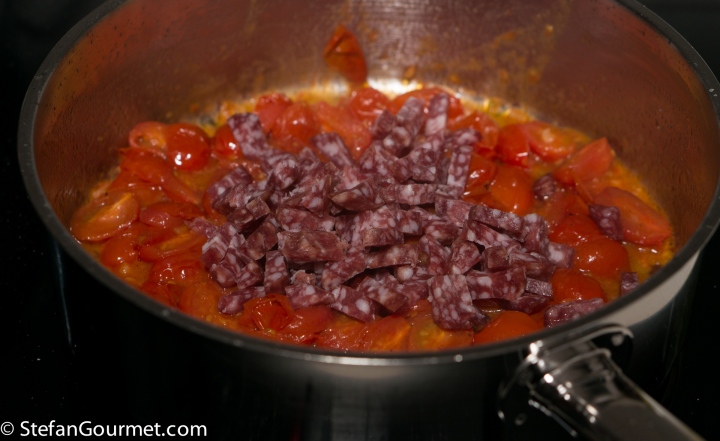 Add the salame and stir. 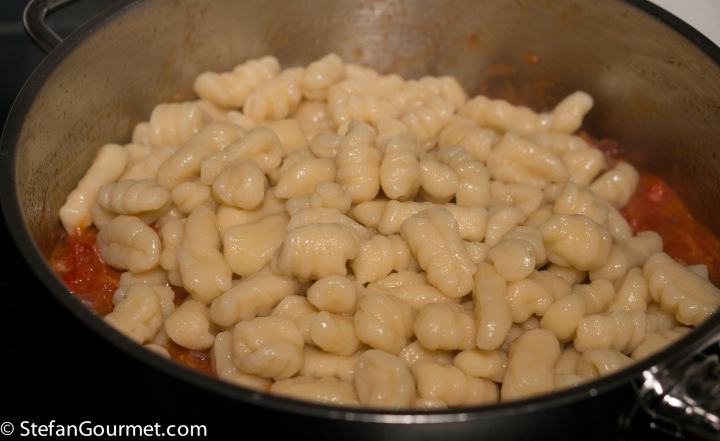 Drain the pasta and add to the ‘sauce’. 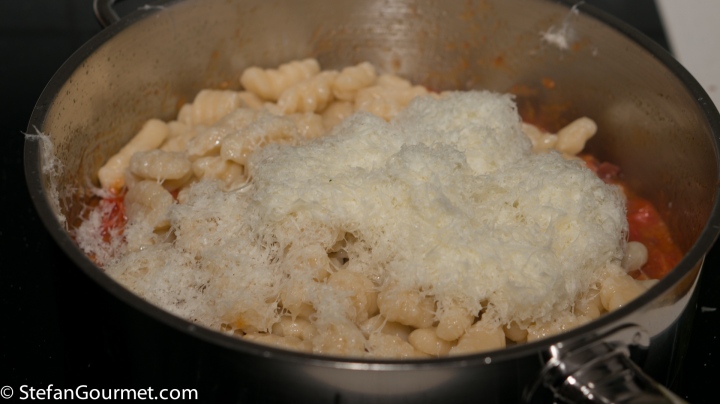 Serve on preheated plates, garnished with some more pecorino and some parsley.

At the restaurant we enjoyed this with a Cagnulari from Sardinia, which is the local name for the Spanish grape variety called Graciano that is also called Bovale Sardo on the island. This dish is great with a medium-bodied fruity but dry red. Most Cannonnau or Carignano from Sardinia would be too heavy. 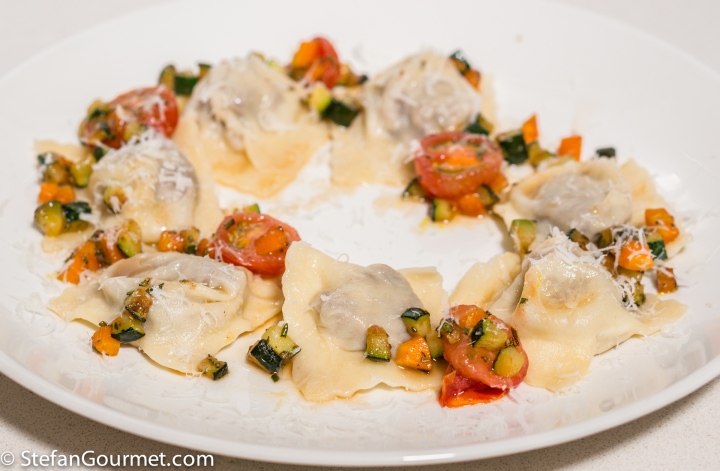 Lamb ravioli with crunchy vegetables is an appropriate flashback for today’s post, because it is also a dish that I first enjoyed in Sardinia.