There appear to be two versions of the dish. I’ve tried the chicken piri piri at Restaurante Ramires in Guia, near Albufeira.

This restaurant created the dish in 1964.

At Restaurante Ramires, you get barbecued chicken that has been marinated with piri piri. When the waiter takes your order, he assumes that everyone wants to order the chicken that the restaurant is known for, and only asks “spicy or not spicy?”. Apparently you can also have barbecued chicken without piri piri in the marinade. The chicken at Restaurante Ramires had a lot bone, but the marinade was delicious. It was only medium spicy.

I’ve also had similar chicken piri piri at another restaurant. Many recipes I’ve seen online for piri piri chicken are served with a piri piri sauce. I’ve had shrimp piri piri at a restaurant in Lagos, and that was shrimp with a huge amount of a fresh and smooth piri piri salsa. It did not resemble at all the dish at Ramires.

I took a supply of piri piri back home, and did some experimenting to recreate it at home. I decided to use drumsticks, to have less bones. Wings would also be excellent. Here’s what I came up with.

a salad of lettuce, tomatoes, and cilantro, dressed with salt and extra virgin olive oil

I removed the skin from the chicken, but you could also leave it on.

For a better texture and flavor, it is best to dry brine the chicken overnight. Add 1 tsp of regular table salt for each kilo of chicken. Cover and allow the chicken to dry brine overnight in the refrigerator. 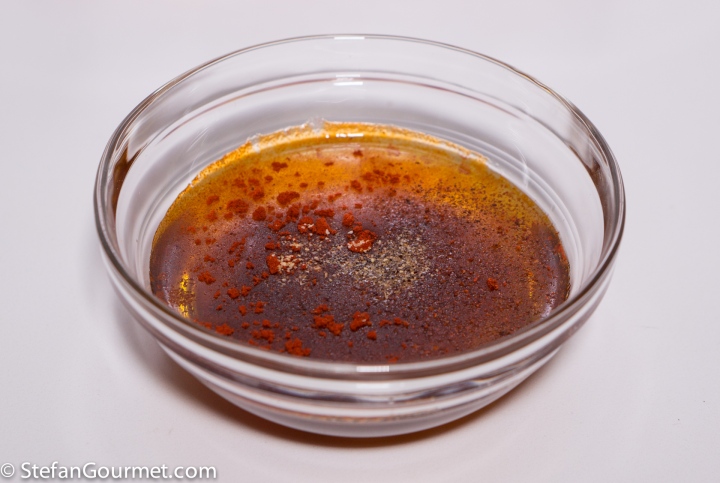 Combine the ingredients for the marinade in a bowl, and whisk to mix. 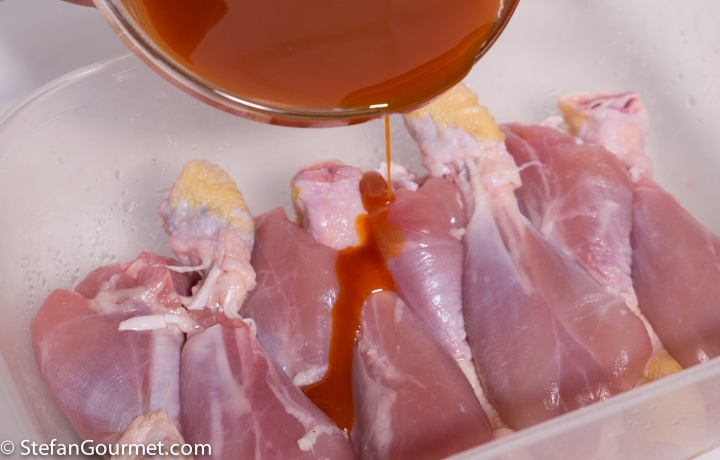 When the chicken has been dry brined, discard any liquid that has come out of the chicken before adding the marinade.

Mix the chicken so that it is covered with the marinade, and allow to marinate in the refrigerator for at least 1 hour.

…and basting with the marinade each time you turn. As the marinade has been in contact with raw chicken, do not apply the marinade after you’ve finished grilling.

If using drumsticks or other thicker pieces of chicken, use indirect heat or cover the grill to help cook the inside of the chicken before the outside burns.

When the chicken is cooked through, serve it with a salad of lettuce, tomatoes, and cilantro, dressed with salt and extra virgin olive oil.

You could also serve french fries along with the chicken.

This is great with rosé.

Italian Risotto ai frutti di mare differs from the Portuguese arroz de marisco (coming soon on the blog!) in that the Portuguese version is much more soupy.