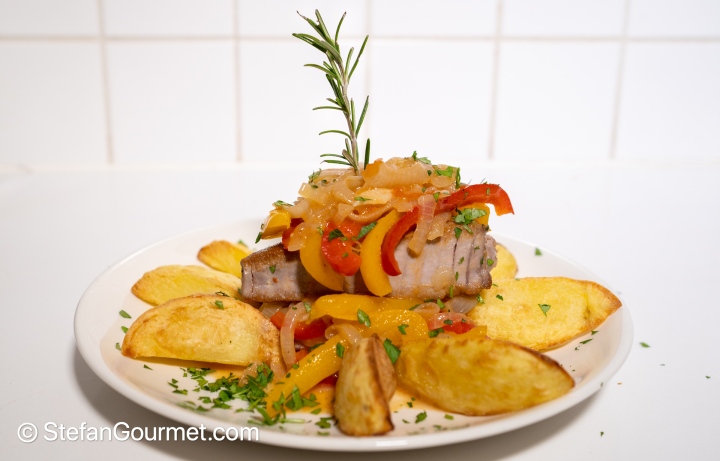 Tuna is locally caught along the Algarve in Southern Portugal, and so the local cuisine also includes recipes for tuna. Cebolada de atum is one of the most common dishes. The name “cebolada” refers to the onions in the dish and there are many variations of this recipe. I tried the dish at restaurant Ponto de Encontro in Tavira and their version included bell pepper and the tuna was braised. Braised tuna doesn’t sound as good as it actually was, as it was tender and juicy. This was probably due to the quality of the tuna; I suspect it was from the belly and therefore fatty enough. You could also just sear the tuna and keep it rare inside, and still serve it with the braised onions and bell peppers. 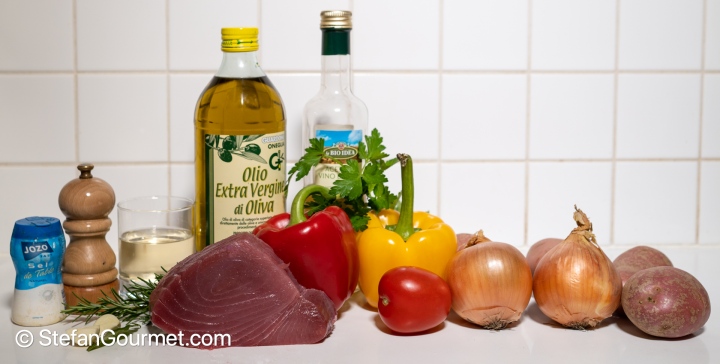 Slice the onions. Clean the bell peppers and cut into strips.

Preheat the oven to 225C/440F. Peel the potato and cut into wedges. Toss the wedges with olive oil until they are covered on all sides. Arrange the potato wedges on a baking sheet lined with oven paper.

Continue baking the potatoes until they are golden brown and cooked through, about another 15 minutes.

In the meantime, prepare the tuna. Cut the tuna into serving pieces and pat them dry with paper towels. Season the tuna with salt on all sides.

Heat 2 tablespoons of olive oil in a frying pan and sear the tuna on both sides over high heat. Take the tuna out of the pan and reserve.

Add the onions to the same pan without cleaning.

Stir over medium heat until the onions are translucent. 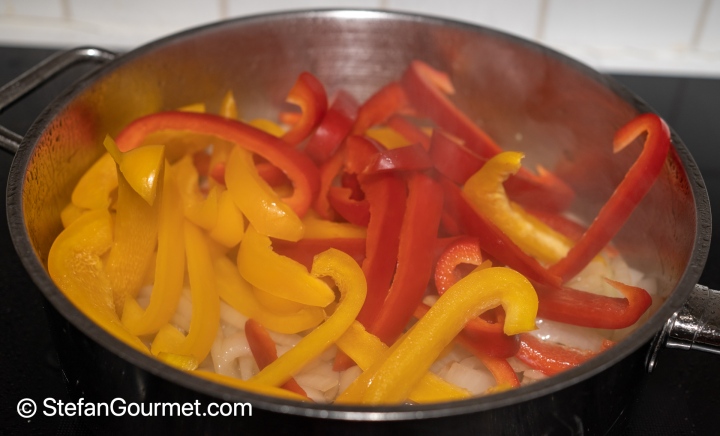 Add a bay leaf and rosemary…

…and the thinly sliced garlic…

…and the tomato. Stir to incorporate. 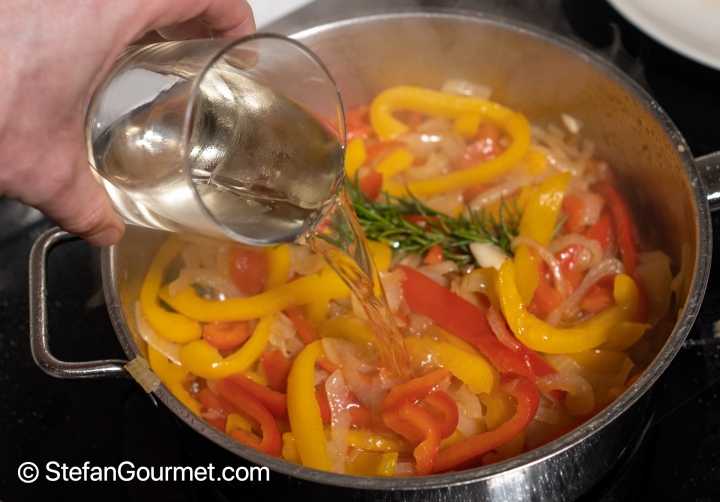 Add the white wine. Bring to a boil and cook, stirring, until the wine has been reduced by half. 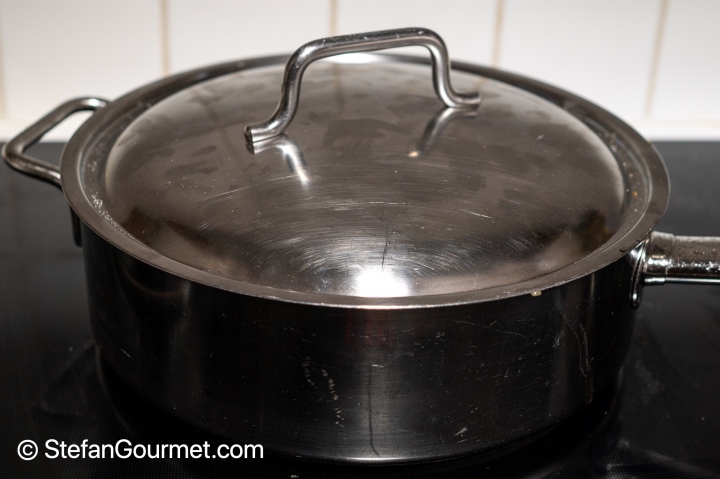 Cover and cook over medium heat, stirring regularly, until the peppers are tender but still firm to the bite.

Turn off the heat and add the tuna. 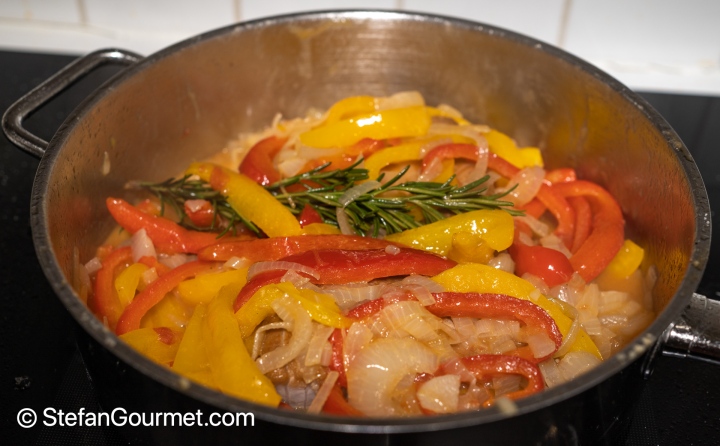 Cover the tuna with the tomatoes and bell peppers.

Cover and allow the tuna to stew in the warm sauce for a couple of minutes, if you are going for stewed tuna.

Take the tuna out of the pan.

Bring the sauce to a boil, then turn off the heat.

Arrange the potatoes and half of the peppers and onions on preheated plates.

Eggplant  is a prominent ingredient in Italian cooking, and it is prepared in many ways. These eggplant balls are crispy on the outside and soft on the inside, with a lot of flavor, and are a great vegetarian appetizer or main course.