Recently we took a plane to Dublin for a return visit to Conor and ‘the wife’ (a.k.a. Sharon). They showed us a really great time.

We stayed in a wonderful house with a huge kitchen by Lough Derg (a beautiful lake in the county of Tipperary). 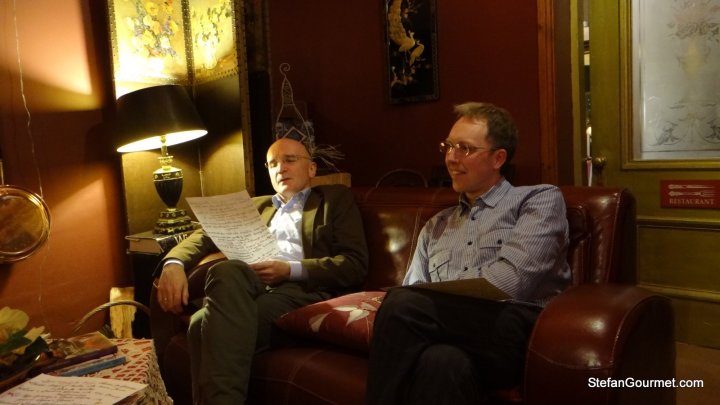 They took us out to dinner at a wonderfully quaint (or quaintly wonderful) Irish restaurant called Brocka-on-the-Water. 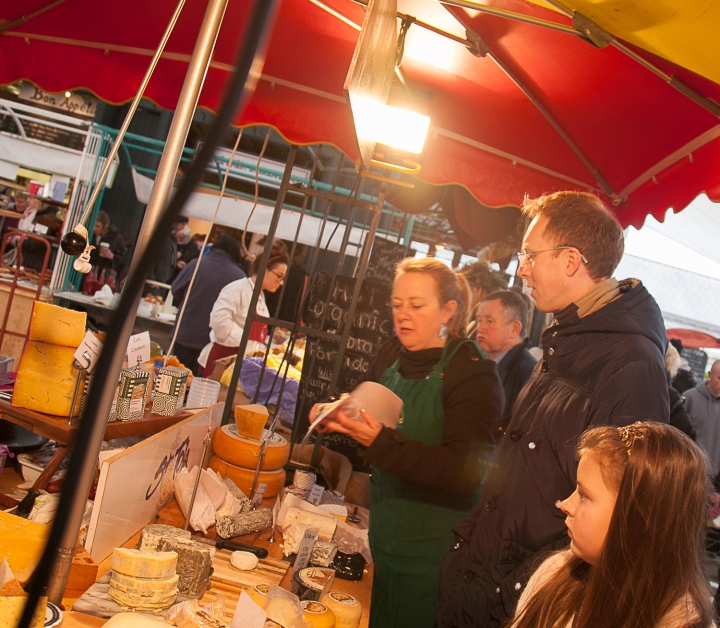 And they took us to the Milk Market in Limerick to go food shopping. Conor suggested that I was to take care of the starter, while he would prepare the main course and Sharon would make something for dessert. I decided to improvise based on what I saw at the market, and to limit myself to Irish ingredients only. There was a lady from nearby Clare County who sold wonderful cheeses that she had all made herself on her farm, and one of them was a raw sheep’s milk blue cheese that was particularly fine. As Conor and the Wife had confessed that they had never tried mussels with blue cheese before, I thought it would be nice to pair the Irish cheese with Irish mussels. In Ireland the sea is always close by and the quality of the mussels was outstanding. 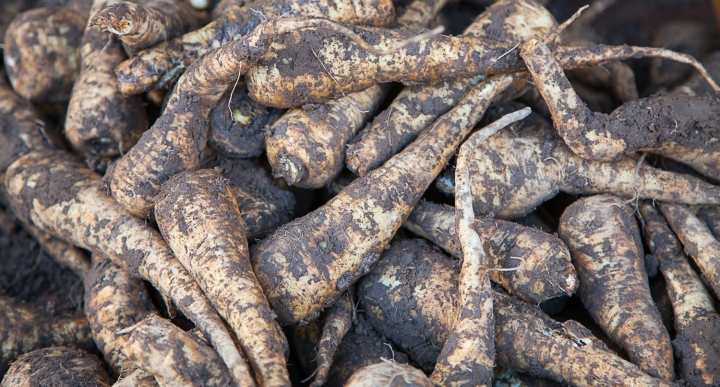 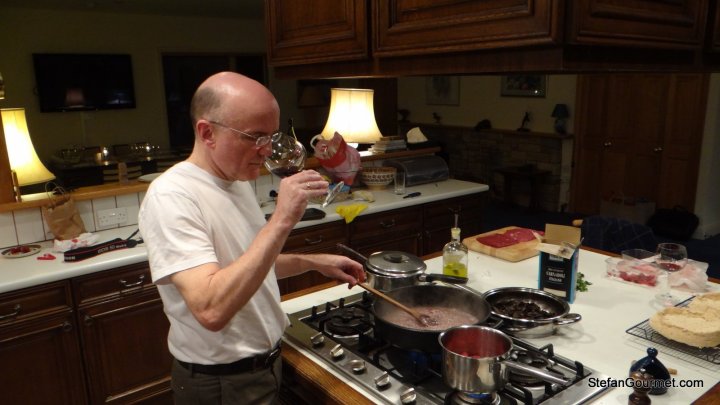 Back at the house the kitchen was big enough for all three of us to work together. This is Conor stirring the delicious mushroom and red wine risotto that he served with Irish flank steak, while the Wife was working on a delicious almond meringue cake with fresh raspberries and raspberry coulis.

You will notice that the photos in this post are better than what you are used to on my blog, and that is because Conor took most of them. He took lots of pouring shots, so Richard and the Baby Lady were there in spirit too. Apart from having a wonderful time I also learned a lot about food photography and photo editing. Thank you Conor.

And now without further ado, my not so Irish combination of very Irish ingredients. 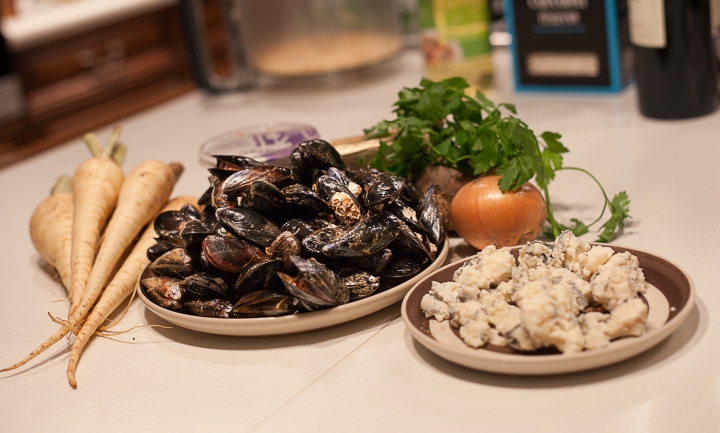 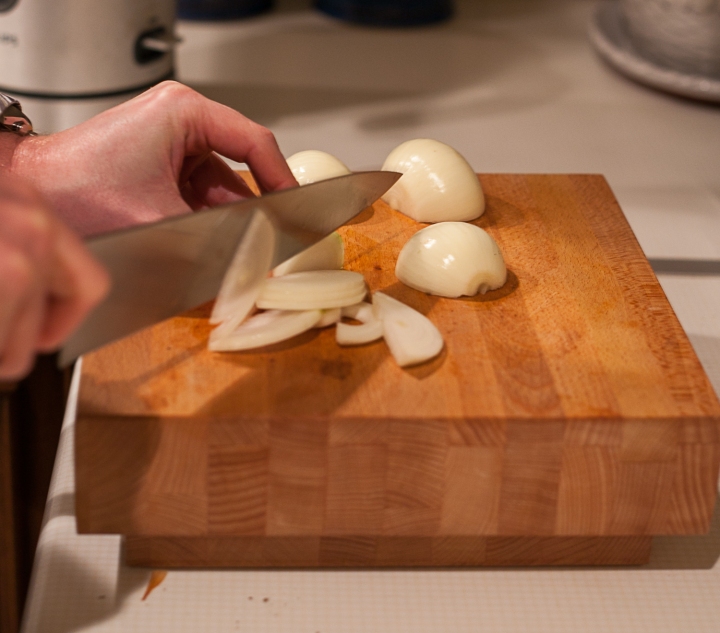 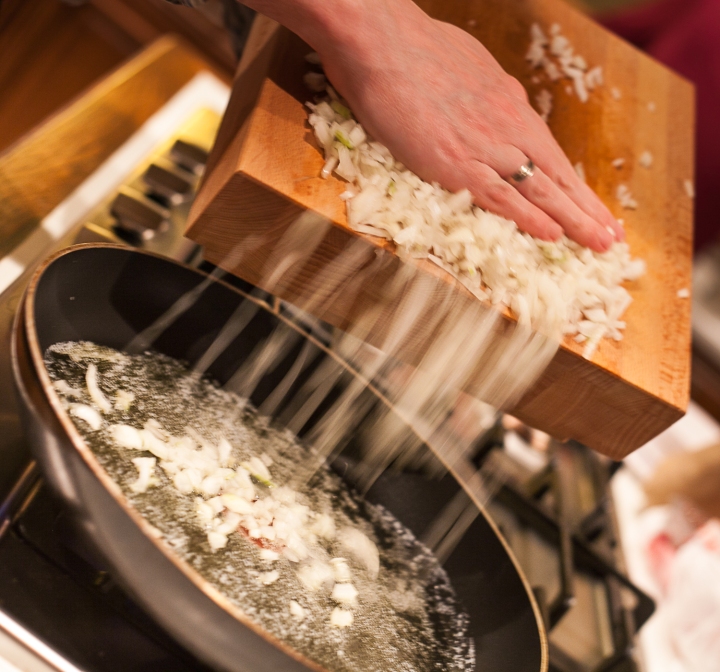 Melt the butter in a frying pan and add the onions. Allow them to sweat over low heat for about half an hour or until they are soft and golden, but not browned. 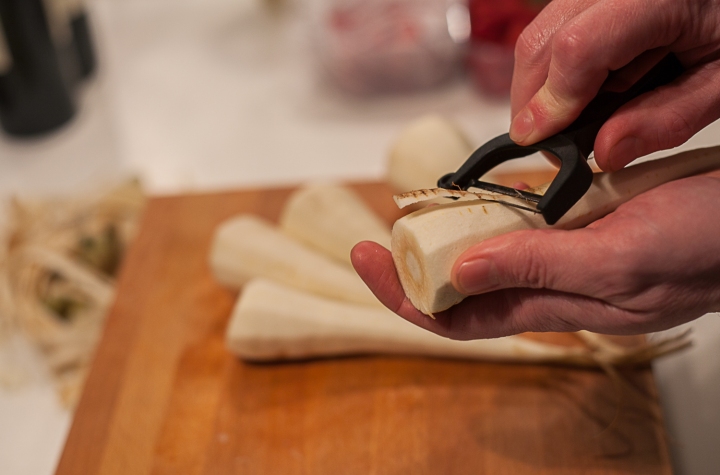 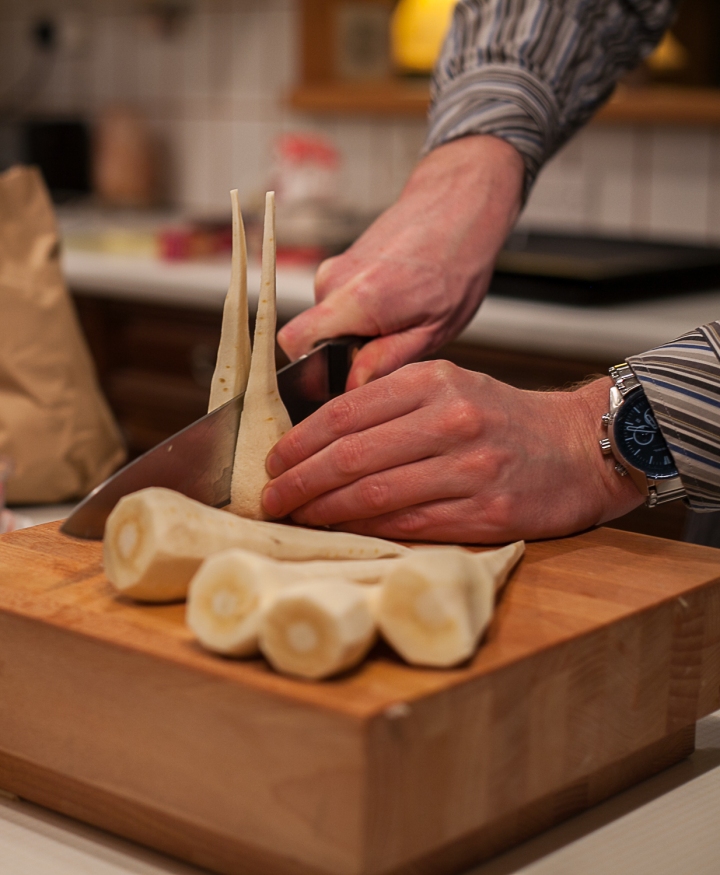 …and slice them into quarters lengthwise. 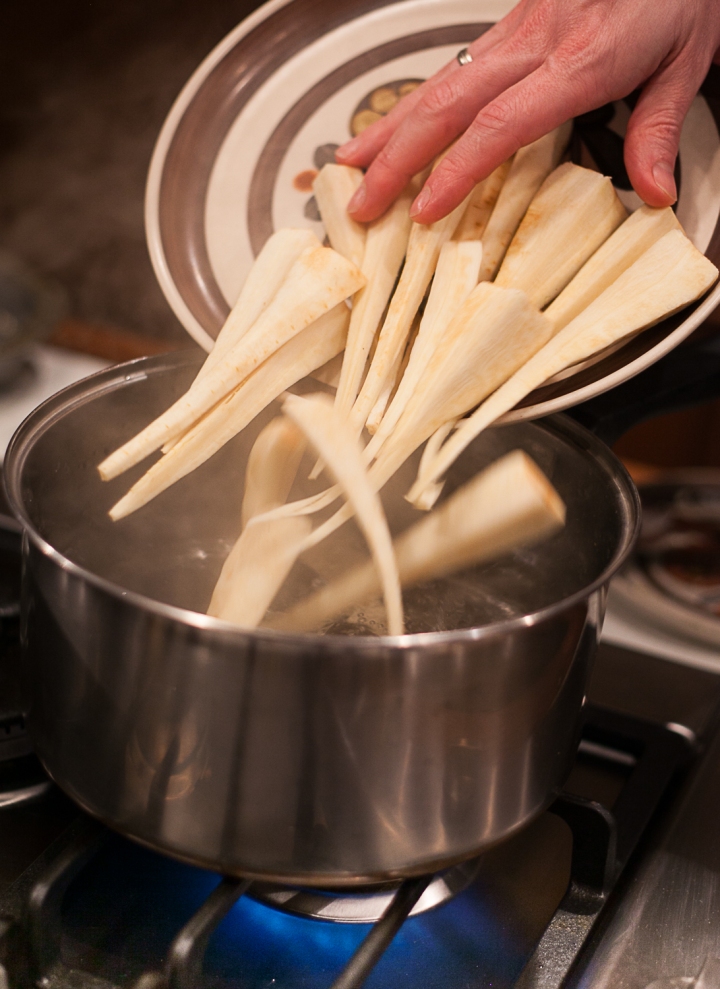 Parboil them in salted water for about 8 minutes or until they are starting to get tender. 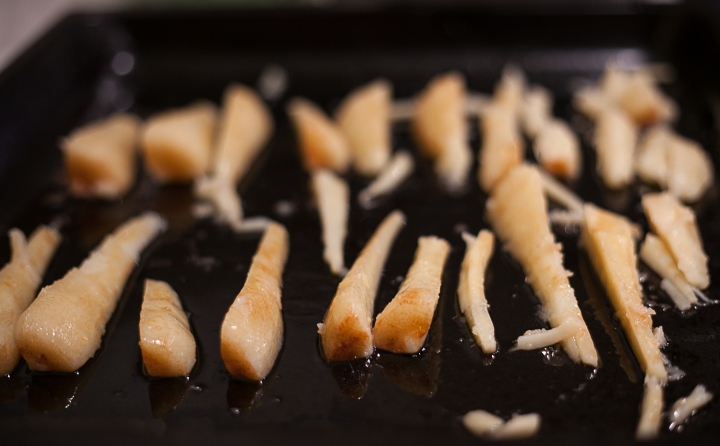 Toss the parsnips with rapeseed oil. 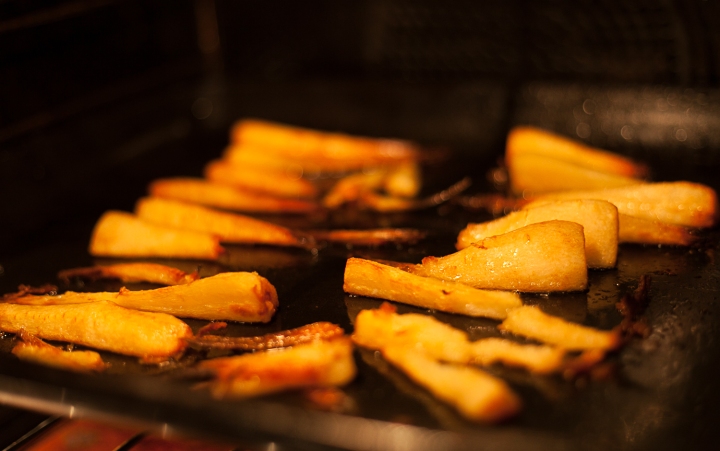 Roast them at 200ºC/390ºF (fan forced) until they are nicely browned and crispy, about 30 minutes. Turn them after about 15 minutes. 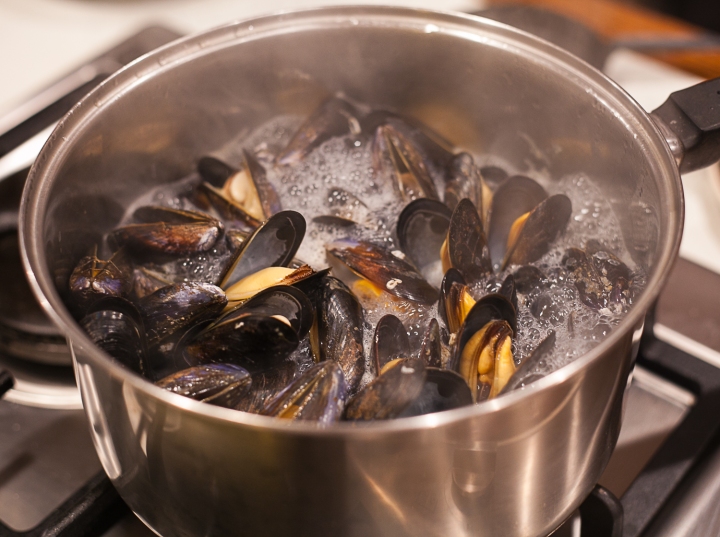 Meanwhile, cook the mussels in a closed pot with a bit of water (or cheat and use a bit of white wine, which is definitely not Irish) until they open. 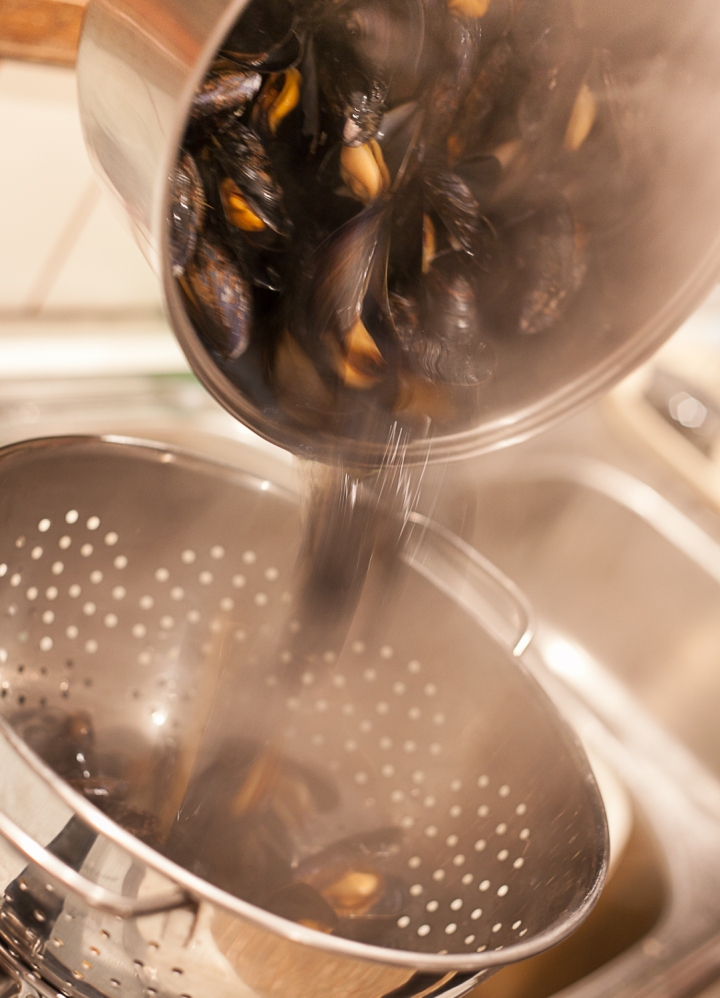 Allow the mussels to cool somewhat. 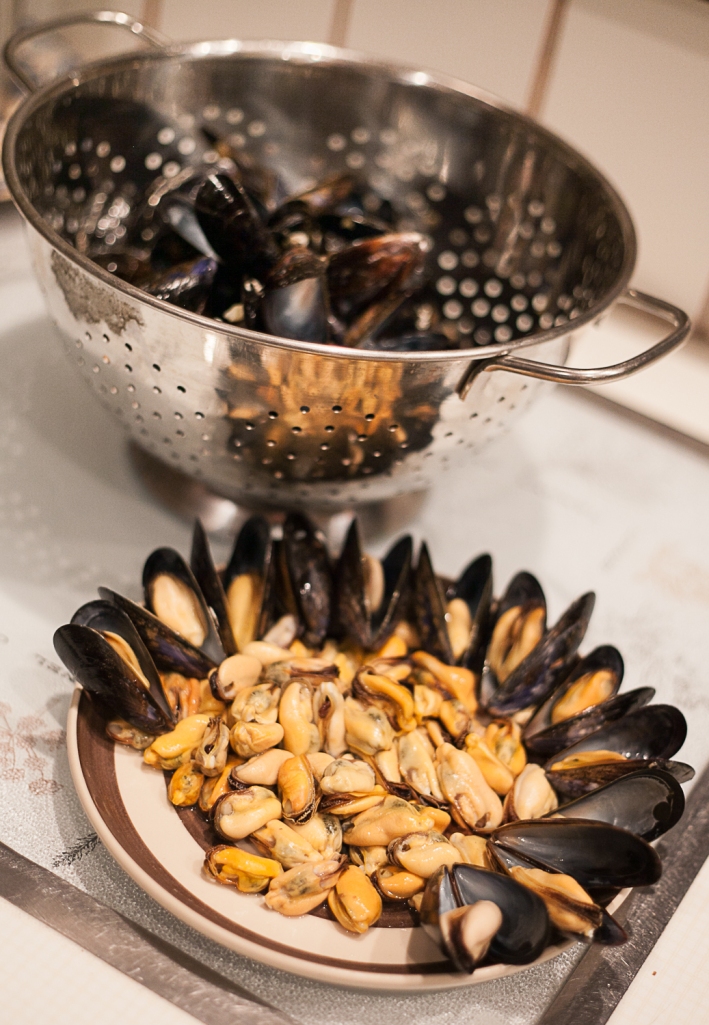 Take most of the mussels out of their shells, reserving 12 mussels in their shells for garnish. 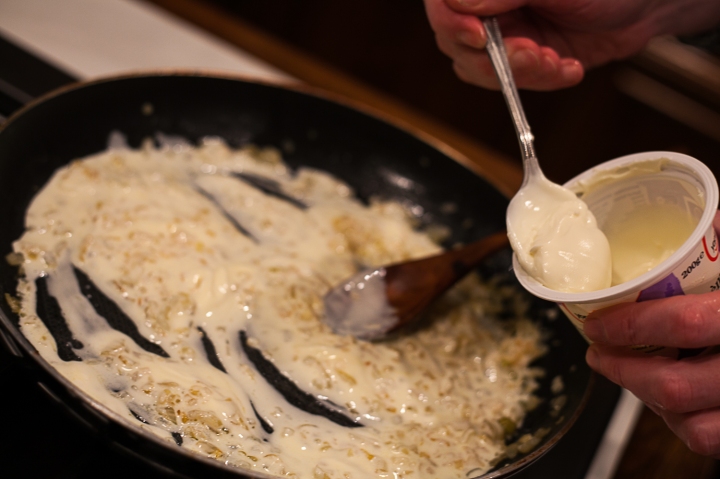 Add the cream fresh to the onions. 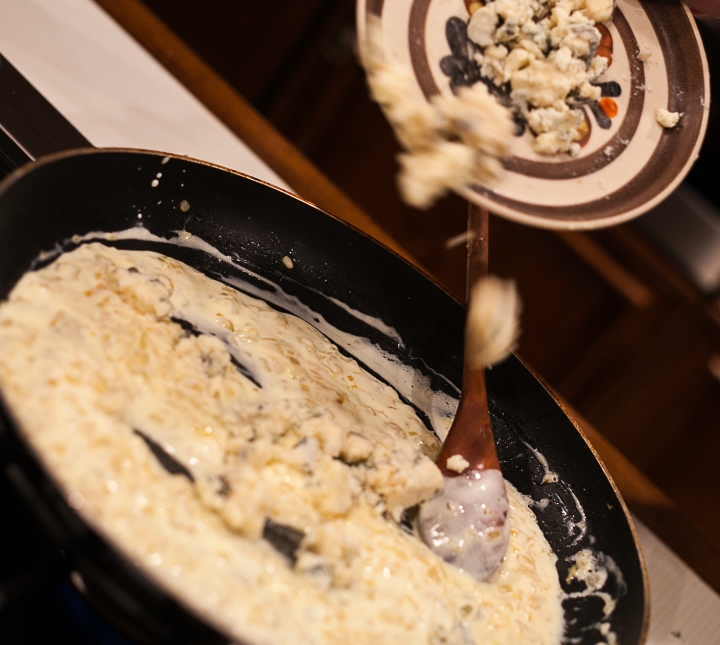 Add the blue cheese as well. Stir over low heat until the cheese has melted. 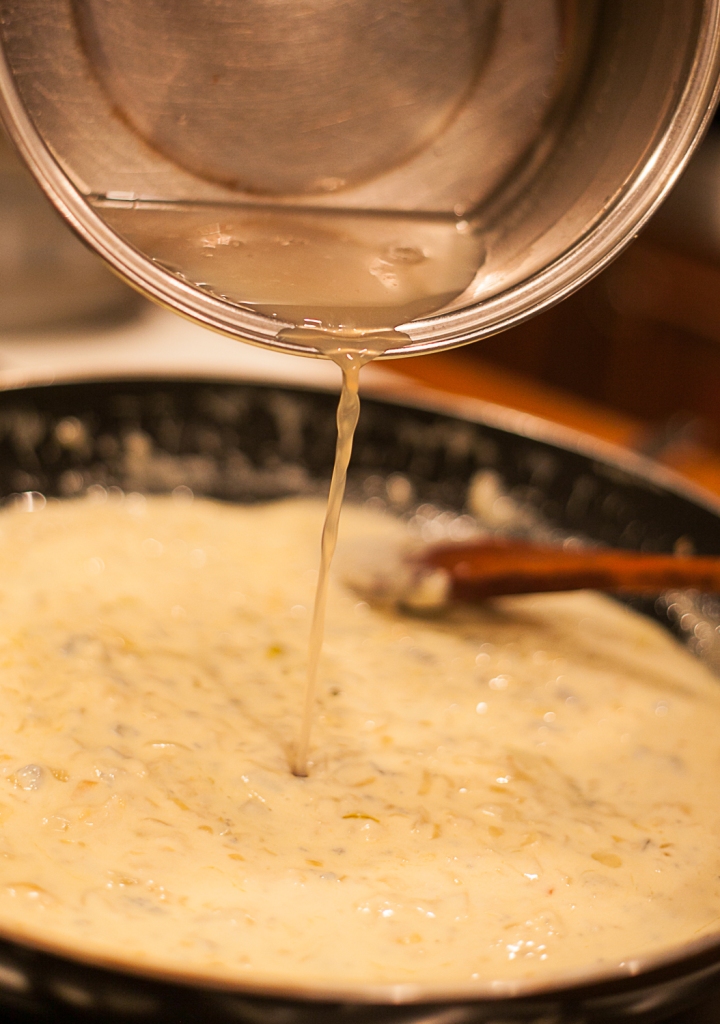 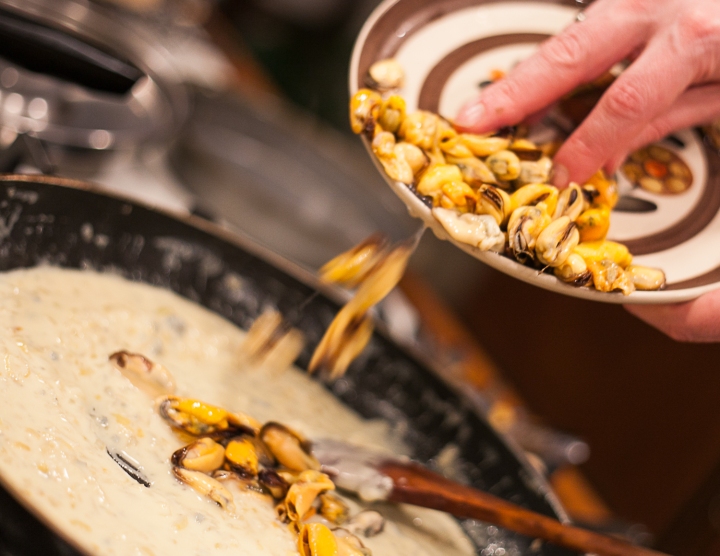 Add the mussels to the sauce. 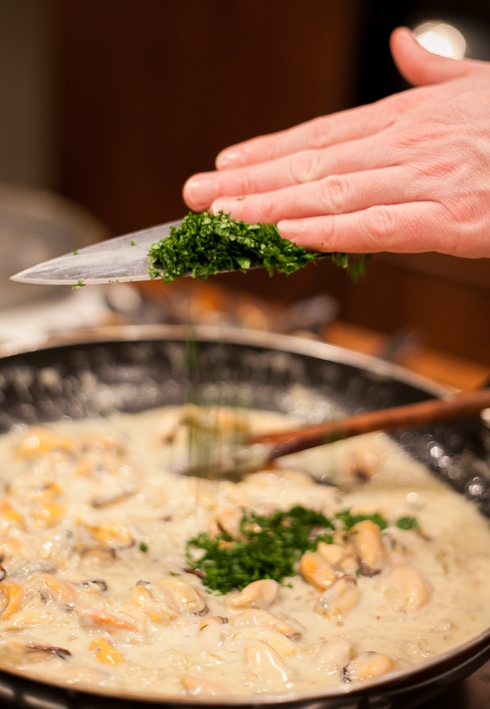 Add the parsley as well. 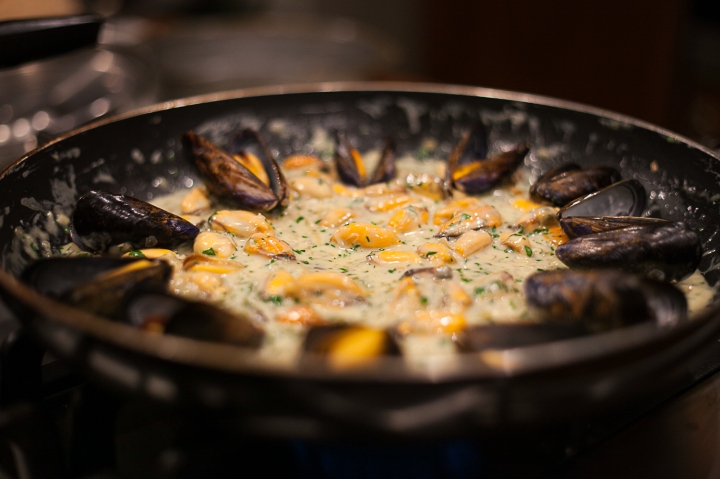 Allow the mussels to warm through over low heat. Do not cook them longer than necessary, because they will lose flavor and become tough if you do. 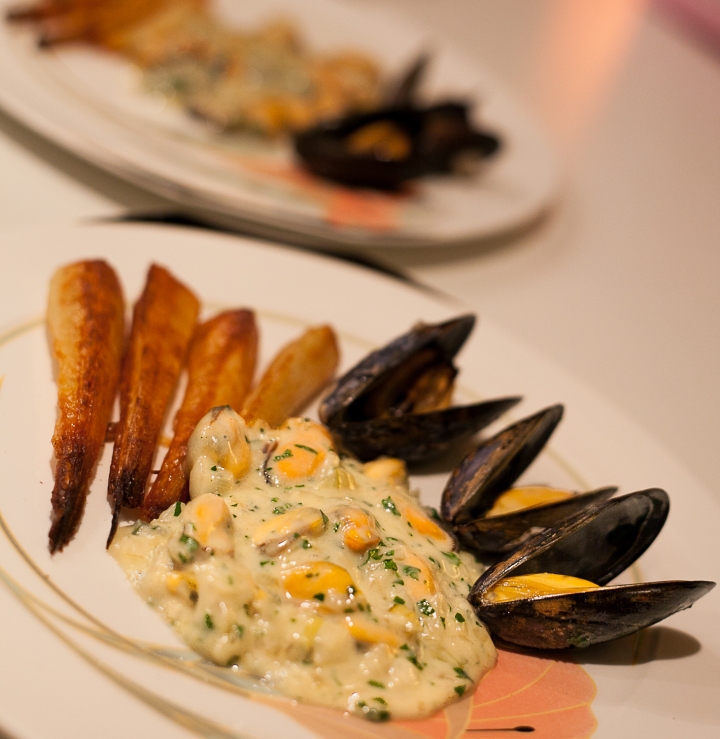 Serve the mussels with the sauce and the crispy parsnips on warm plates. 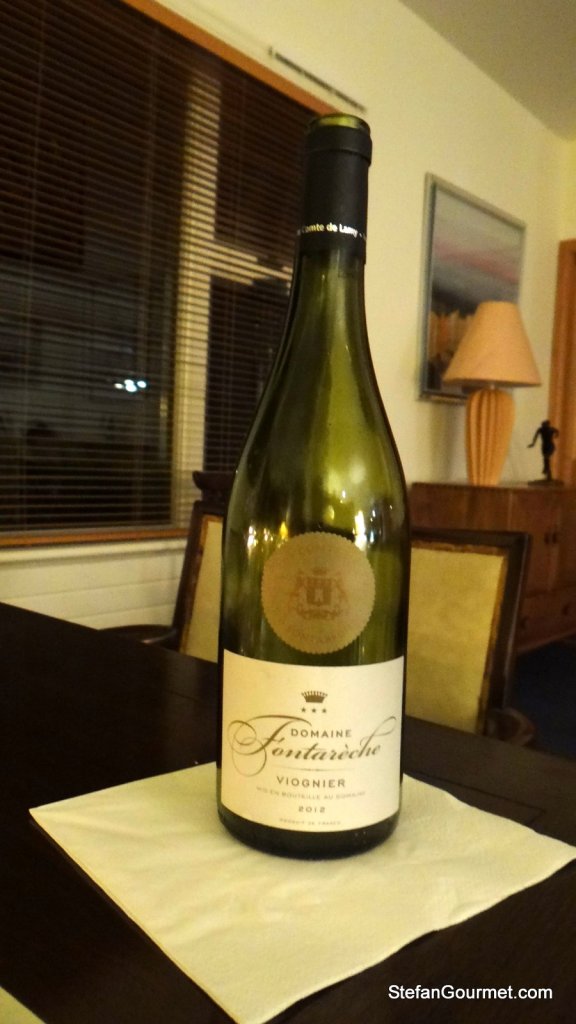 We enjoyed this with an unoaked full-bodied and fruity viognier from the south of France with a nice minerality. It was a great match for the dish. A chardonnay in a similar style would also work.

Thanks again Conor and Sharon for a marvellous weekend. We hope you’ll come visit us again soon 🙂