This is the last post in a trilogy of posts with the recipes of the components for the dessert that I served at game & wine dinner parties over the last three Saturdays: marzipan mushrooms, almond madeleines, and in this final part: spiced pear ice cream. I wanted to serve something fitting for the autumn/winter, and spiced pears (stoofpeertjes) are a very popular dessert (or side dish) in the Netherlands this time of the year. The pears are poached in red wine or port with spices such as cinnamon and star anise. I thought it would be fun to make ice cream with this flavor. It turned out very nice. I will discuss the wine pairing in a separate post that is coming up (after I have published all the recipes) about the game & wine dinner parties.

500 grams (1.1 lbs) peeled and cored pears, preferably a kind that is suitable for poaching such as Gieser Wildeman (note that this is the weight after peeling and coring, so you will need about 750 grams of actual pears)

For the ice cream 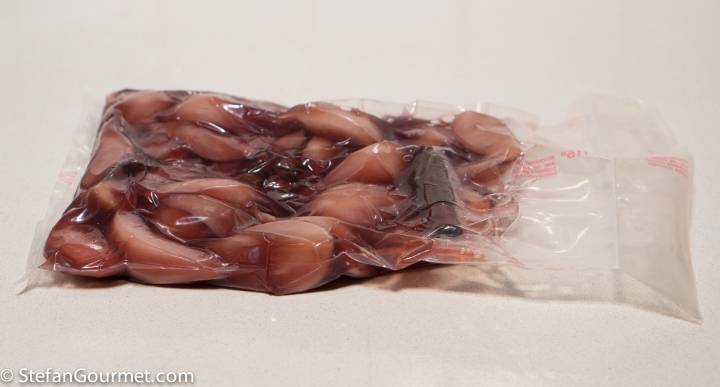 I cooked the pears sous-vide as per this recipe, but using the ingredients as listed above. You could also cook the pears the traditional way on the stovetop.

Blend the pears with the cooking liquid (but without the spices!) until very smooth.

Add 250 ml of heavy cream, and blend to incorporate. 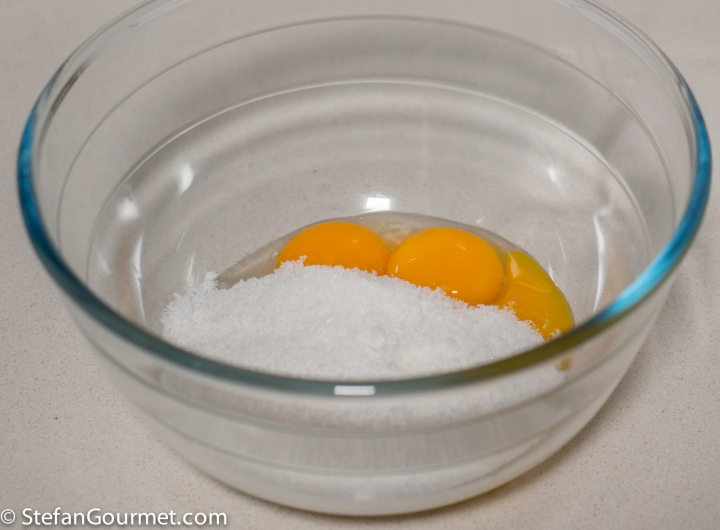 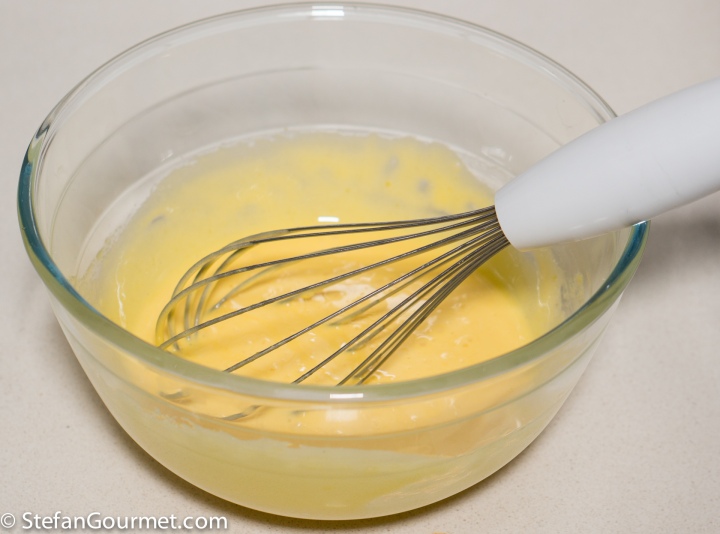 Whisk until pale and creamy.

Combine the egg yolk mixture to the pear mixture in a saucepan (make sure the pears have cooled off enough that the egg yolks won’t cook prematurely). 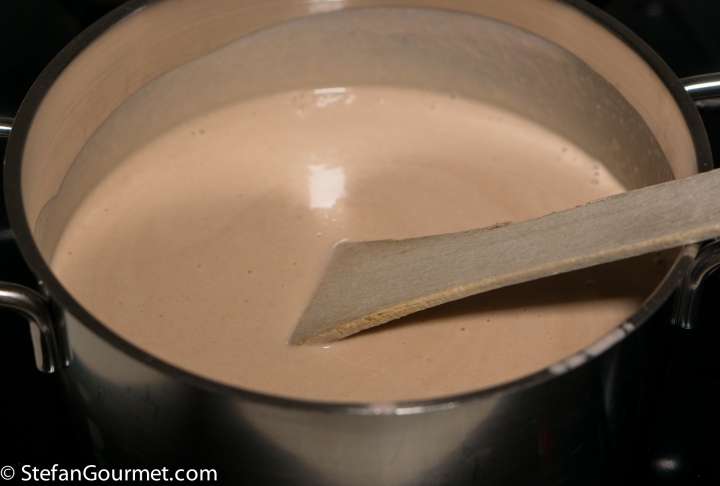 Now heat this up, stirring all the time…

…until it reaches a temperature of at least 82C/180F, then turn off the heat.

Allow the mixture to cool completely to refrigerator temperature (about 5C/40F) before turning it into ice cream using an ice cream maker.

Serve at once, or store in a plastic container and freeze until needed. Allow the ice cream to ‘warm up’ a bit for half an hour or so in the refrigerator before serving, as the ideal serving temperature is about -10C/14F. 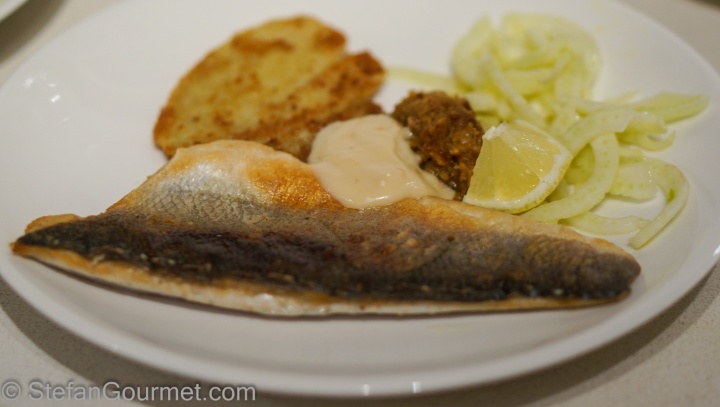 One of my signature dishes is sea bass cooked sous-vide followed by crisping up the skin in clarified butter. This way it is possible to have crispy skin (using flour and clarified butter) combined with tender juicy flesh (by cooking sous-vide). Everybody loves this dish and thus I’ve served it as a starter with a herb salad for so many times that it was time for something new. And so this new dish was born: sea bass sous-vide with triple fennel and a creamy white wine sauce that includes the reduced stock made from the head and bones of the sea bass. Triple fennel means fennel served three ways: as a salad, fried, and braised. The three preparations of fennel complement each other nicely and all go well with the sea bass.