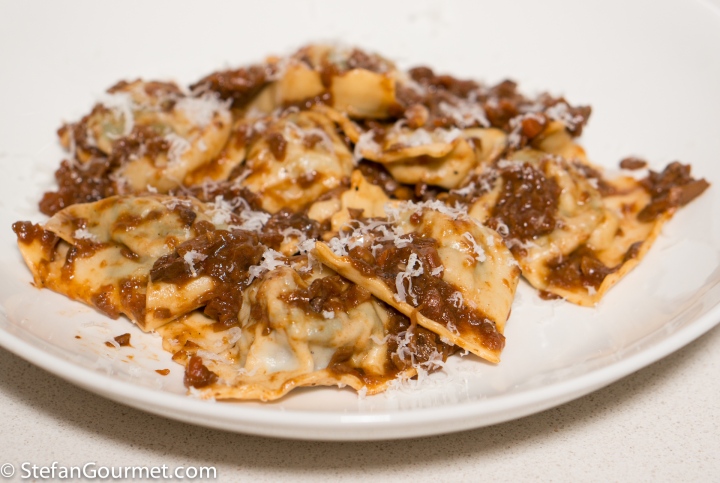 For Christmas I wanted to make a traditional Italian dish that I had not prepared before, preferably something that involved stuffed pasta. As I’ve already made so many stuffed pasta dishes over the years, I wasn’t sure if I would succeed. But then I saw ravioli alla genovese on Enassar’s blog Oven-Dried Tomatoes, and I knew at once that’s what I wanted to prepare. I’ve prepared Ligurian recipes before, but had not heard of these ravioli. They are stuffed with a mixture of meat and greens, and are thus related to neighboring Piemonte’s agnolotti, and are served with a meat sauce that is called il tocco (or u tuccu in the local dialect). Meat is braised in the sauce, the sauce is used to dress pasta for the primo piatto, and the meat is then served as secondo piatto. In this case, part of the meat is also used to stuff the ravioli. Yesterday I published the recipe for the meat and sauce, and today it’s time for the ravioli themselves.

The greens for the filling are supposed to be scarola (endive, andijvie in Dutch) and borraggine (borage, komkommerkruid in Dutch), typical greens from Liguria. Now endive is easily available here, but borage is not. And so I decided to substitute with chard (bietole in Italian, snijbiet in Dutch). Apart from the meat that was used to make il tocco, the filling should also have some ingredients to moisten it. In this case I used an egg and stale bread soaked in milk. Some recipes use ricotta instead. A mandatory ingredient of authentic ravioli alla genovese is marjoram, either fresh or dried. Make sure to remove any rosemary needles from the meat that you use for the filling, so the flavor of the marjoram will not be overpowered by that of the rosemary. And of course there should be pine nuts. For a bit more interesting texture to this ravioli, I chopped the ingredients for the filling by hand instead of using the food processor. Ligurian pasta dough is lighter than used in Bologna, because part of the eggs are replaced with water. 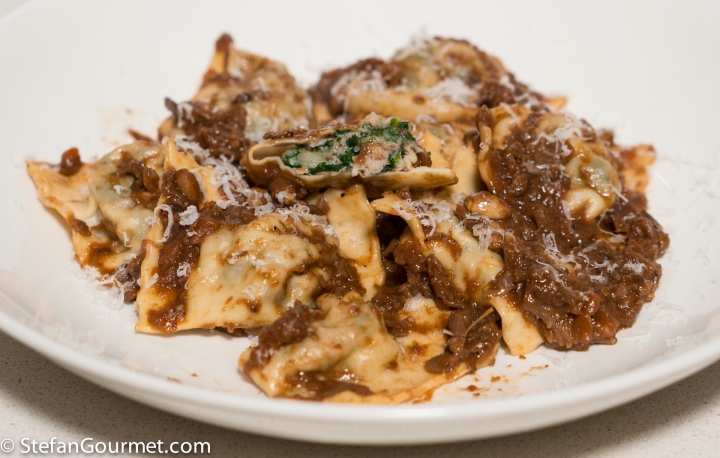 Traditional recipes also contain offal, like thymus/sweetbread and brains. In modern versions this is often left out. If you do want to add them, clean them of any membranes/impurities and blanch them briefly in boiling water before chopping them up and adding them to the filling. Since Paola (who is from Liguria) said she doesn’t add them, I felt comfortable not adding them either.

When served with the sugo, these ravioli were truly special and quite different from other ravioli I’ve prepared before. Very delicious and definitely worth the effort. 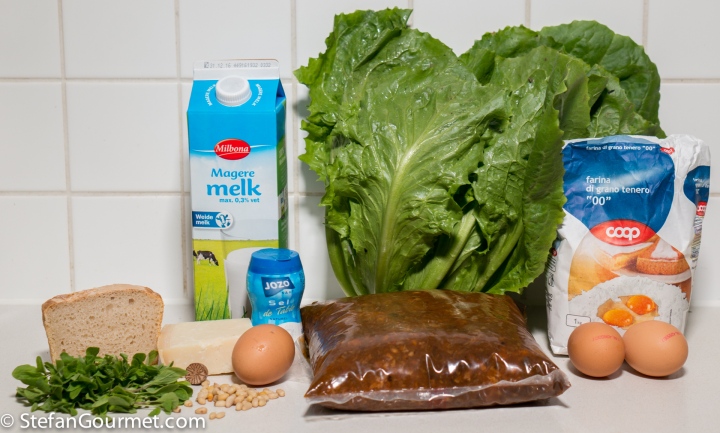 For about 50 ravioli, serves 3 as a full meal or 6 as a primo piatto as part of a larger menu

For the pasta dough 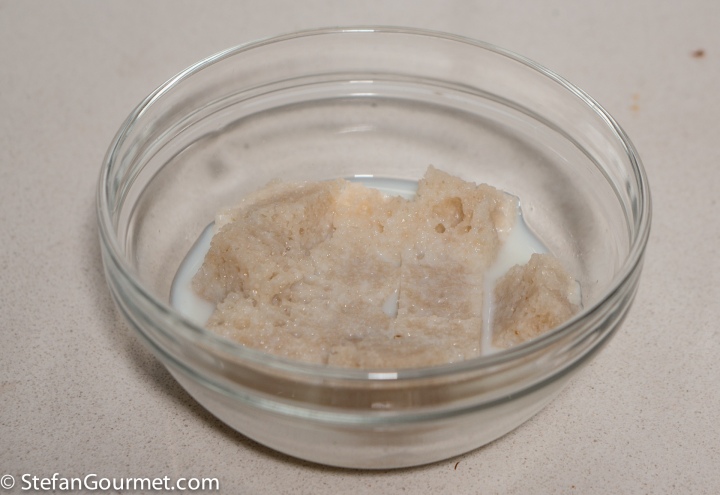 Soak 50 grams of bread (without crust) in some milk (or water). 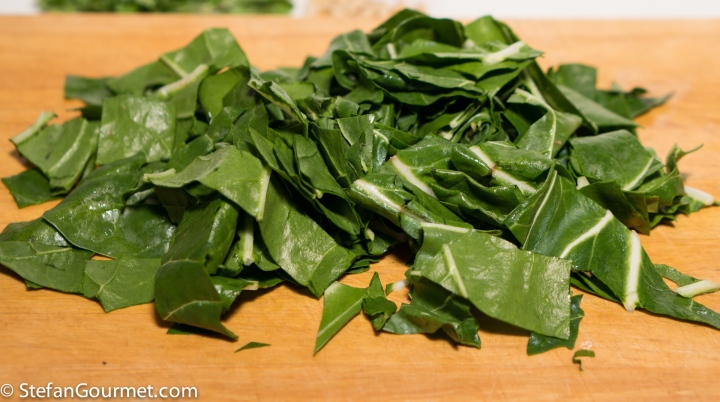 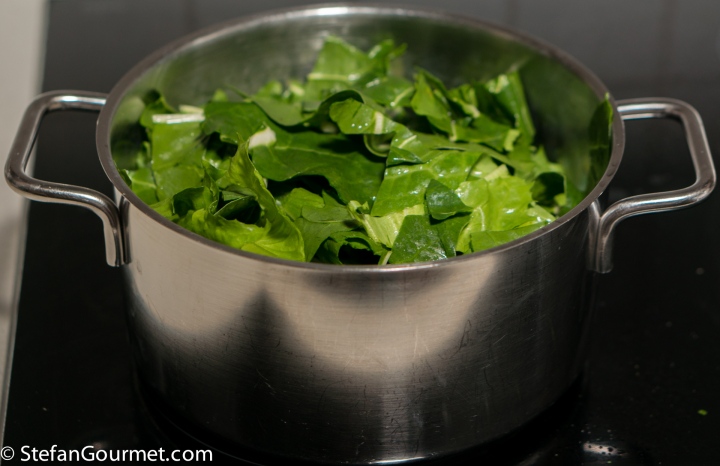 Put 200 grams of greens in a saucepan with the water that clings to them. Cover and bring to a boil.

Cook for about 5 minutes, stirring now and then, until the greens have wilted.

Drain the greens in a colander, then put them on an old tea towel. 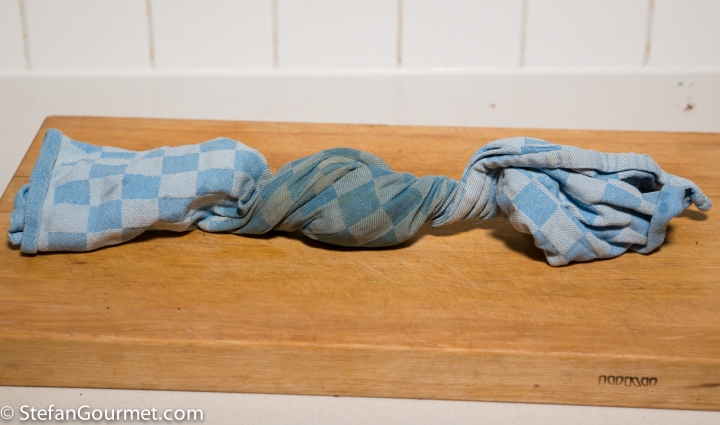 Use the tea towel to squeeze out the water. 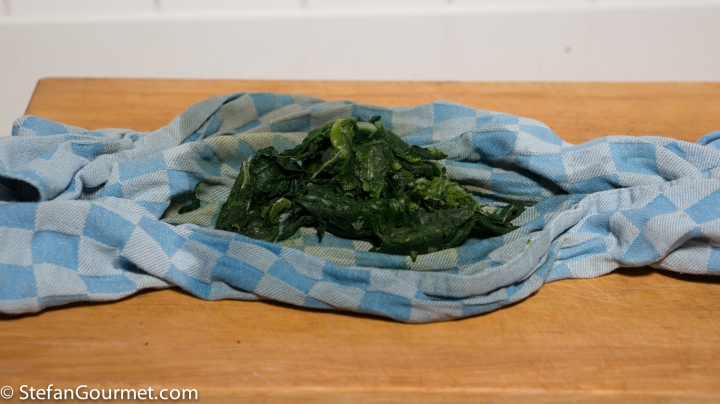 Be careful not to burn yourself if you do this while the greens are still hot.

Chop 200 grams of the meat. Reserve the remainder of the meat (plus a bit of the sauce) to serve as a secondo. 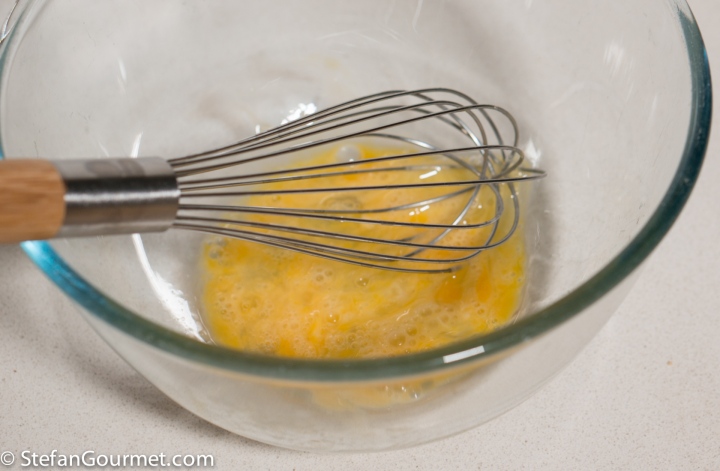 Beat an egg in a large bowl. 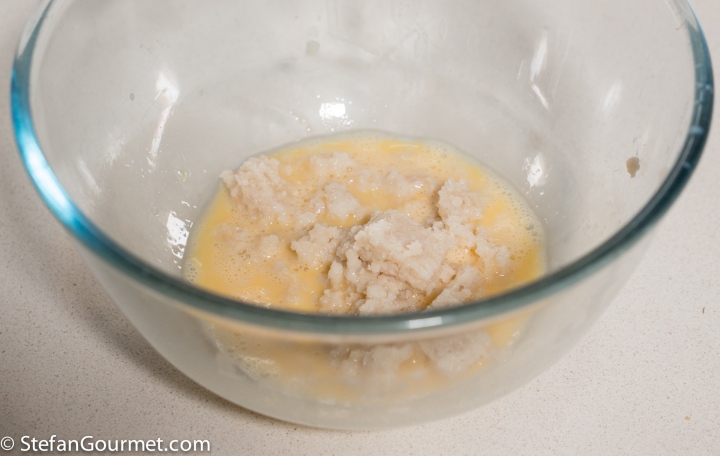 Squeeze out the bread that was soaked in milk, and add to the egg. 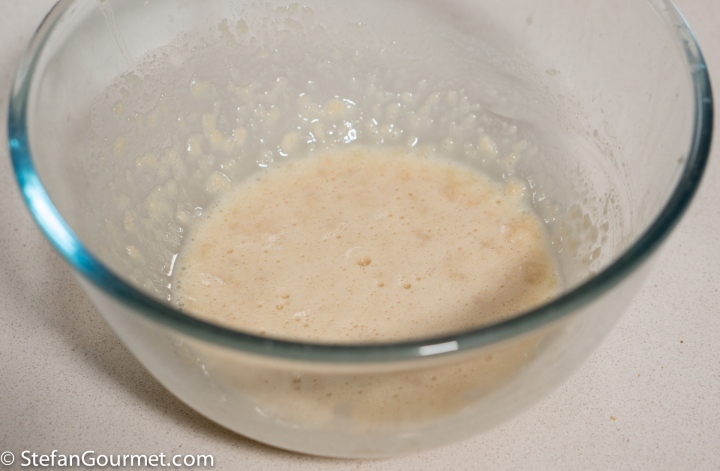 Whisk to incorporate, breaking up the bread. 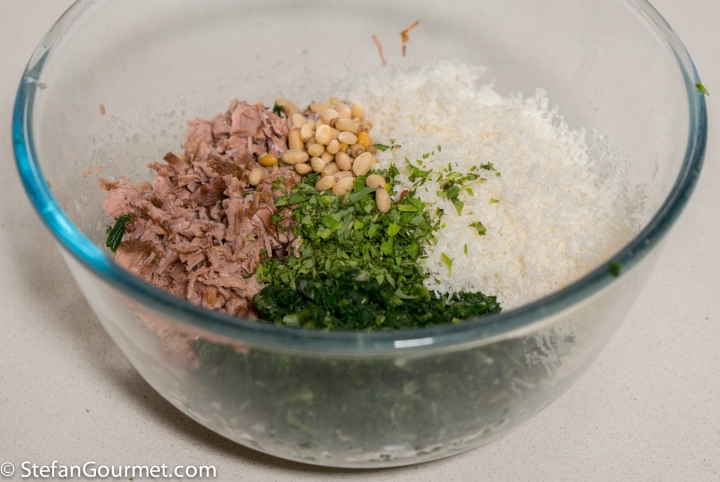 Add the meat and greens, 2 tablespoons of fresh marjoram, 1 tablespoon of pine nuts, and 30 grams (1 oz) of freshly grated parmigiano.

Add a dash of grated nutmeg.

Stir to mix. Taste and adjust the seasoning with salt, remembering that ravioli stuffing should always be slightly overseasoned.

Cover the filling and refrigerate for at least an hour to allow it to firm up.

Make pasta dough from 2 eggs, 250 grams of flour, and as much water as needed (add enough water so that the dough comes together, but not so much that it remains sticky; if that does happen, add a bit more flour). Allow the dough to rest for at least half an hour, then roll it out as thinly as possible and make ravioli according to my instructions.

Gently reheat the sugo and bring a large pot of water to a boil. When the water boils, add salt and the ravioli.

Cook them for a couple of minutes, then transfer them to the pan with the warm sugo using a slotted spoon. 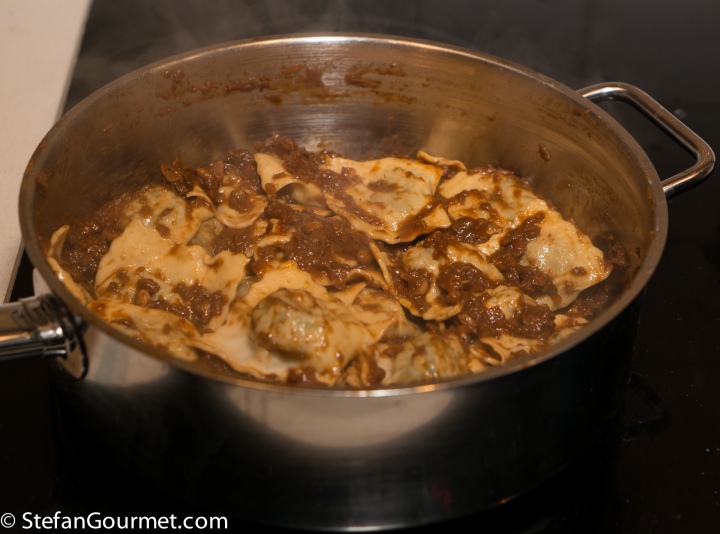 When you’ve added all of the ravioli, gently toss them to cover them with the sugo.

Serve at once on preheated plates, sprinkled with freshly grated parmigiano if you like.

This works either with a full bodied (preferably oaked) white, or a light red from Northern Italy. Unfortunately I didn’t have any wine from Liguria, which is hard to find outside of Liguria. So on Christmas I paired this with a wonderful oaked verdicchio from Garofoli, the Selezione 2008. This works very well with the earthiness of the porcini in the sauce and the nuttiness of the pine nuts. 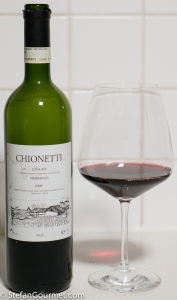 It also works with a light red, like a Barbera or a Langhe Nebbiolo. The dish was outstanding with a 2009 Langhe Nebbiolo from Chionetti, who adds about 10% of barbera. This wine is tannic in its youth, but the 2009 is now excellent (7 years after the harvest). This wine works very well with the earthiness of the porcini in the sauce as well as the meatiness of the filling and sauce, as well as the astringency of the greens.