The season for white asparagus started very early this year in the Netherlands due to the warm winter, but then came to an abrupt end caused by a shortage of people to harvest them due to the Corona crisis. But now the ‘white gold’, as it is called here, is easily available. The reason for another post about white asparagus is that someone in the Dutch Facebook sous vide support group that I run stated that according to him, it has no added value to cook white asparagus sous-vide as compared to the stovetop. I always thought white asparagus were bland until I had prepared them sous-vide, but I had never tried it side by side. And so another side by side experiment was in order.

My husband Kees was kind enough to be the guinea pig for this experiment, to make this a true blind taste test.

I vacuum sealed 2 with salt and refrigerated the other 4, wrapped in a damp cloth.

In the meantime, I made asparagus stock by pressure cooking the peels and bottoms in a litre of water for 25 minutes.

I chose 25 minutes so the total cooking time would be about the same as the sous-vide version. 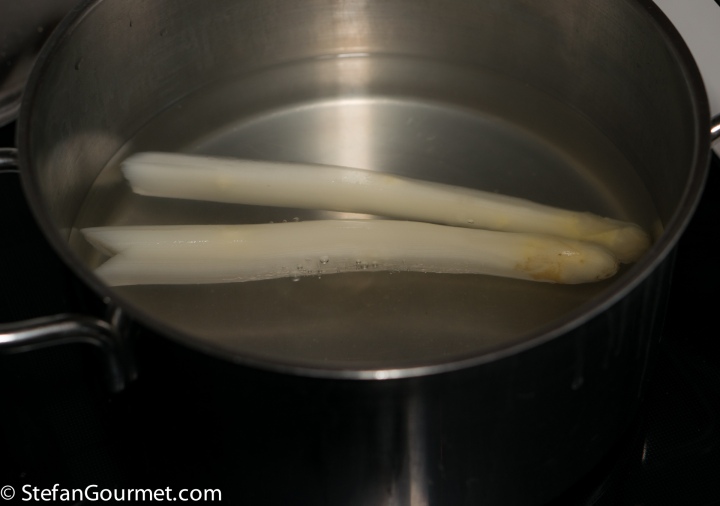 Then I cooked 2 of the asparagus in 1 litre of water with 1/2 teaspoon of salt, boiling, added asparagus, covered and turned off the heat, allowed to steep for 20 minutes.

And the final 2 in the asparagus stock with 1/2 teaspoon of salt, boiling, added asparagus, covered and turned off the heat, allowed to steep for 20 minutes.

My intention was that the softness was the same for all asparagus, but the sous-vide asparagus did end up a bit more firm. However that is not what this experiment was about — I am going to do an experiment about sous vide time and temperature for white asparagus next.

I served the asparagus as asparagi alla milanese, which is with a fried egg and freshly grated parmigiano reggiano. In Milan this is usually made with green asparagus, but it is good with white asparagus, too. 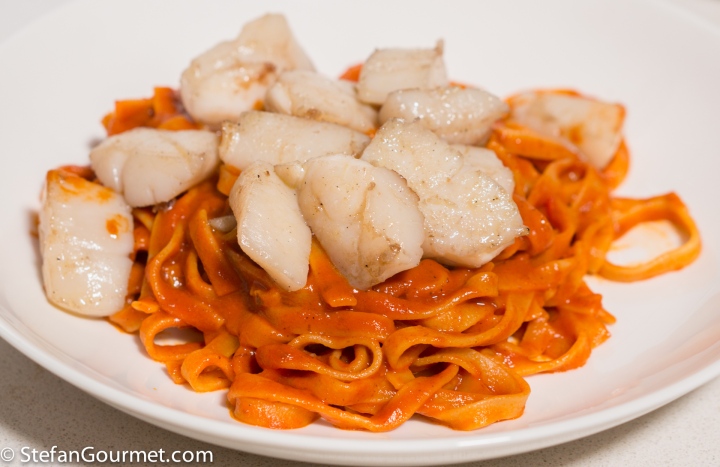