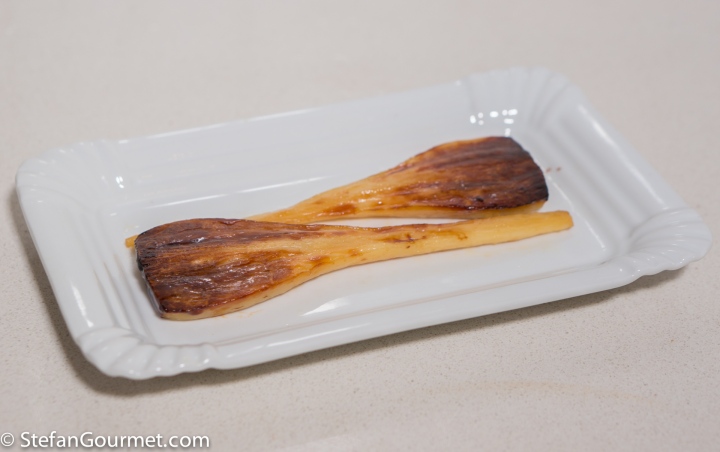 This splendid method for preparing parsnips was shared recently on Oven-Dried Tomatoes. I turns humble parsnips into something that looks and tastes great. The caramelization brings out the sweetness of the parsnips. He also showed a different method to produce parsnip ‘bark’, that I will be trying soon.

The parsnip planks are a great side to beef or the seafood like scallops or shrimp.

Preheat the oven to 180C/350F. Trim the ends off the parsnips and peel them.

Cut them in halves lengthwise. 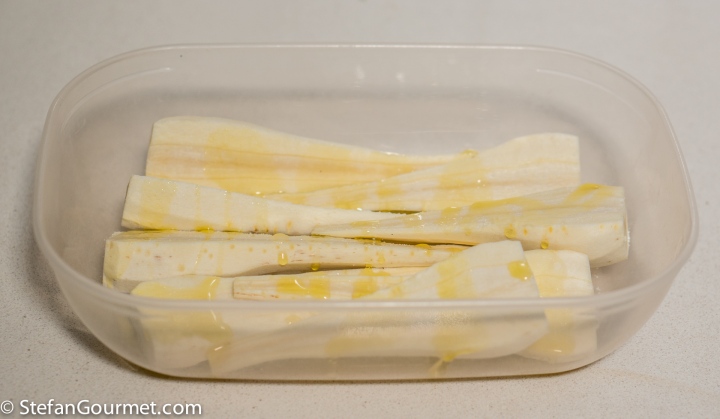 Toss them with olive oil and salt. My preferred way of doing this is to arrange the parsnips in a plastic container, sprinkle them with salt, and drizzle them with oil. 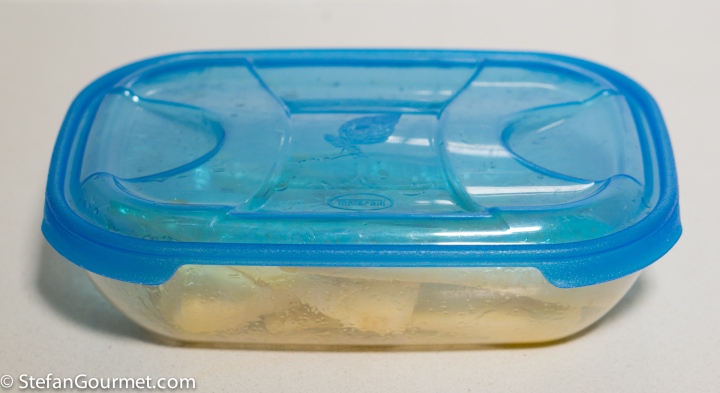 Then I close the container and shake it… 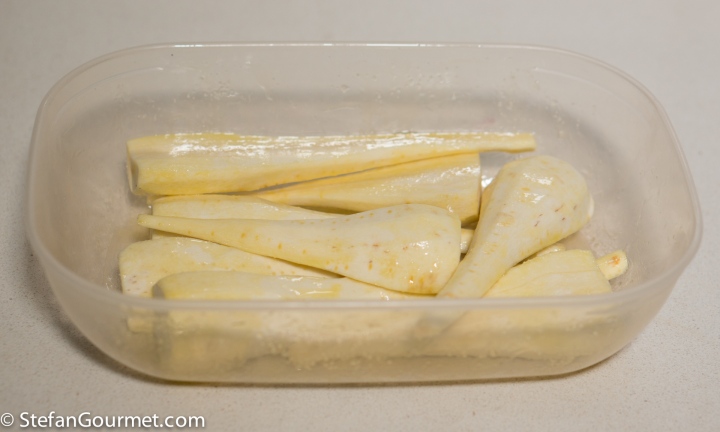 …until the parsnips are coated with salt and olive oil. This method is much faster than using a brush.

Line a baking sheet with oven paper. Arrange the parsnip halves on the paper as shown in the photo. 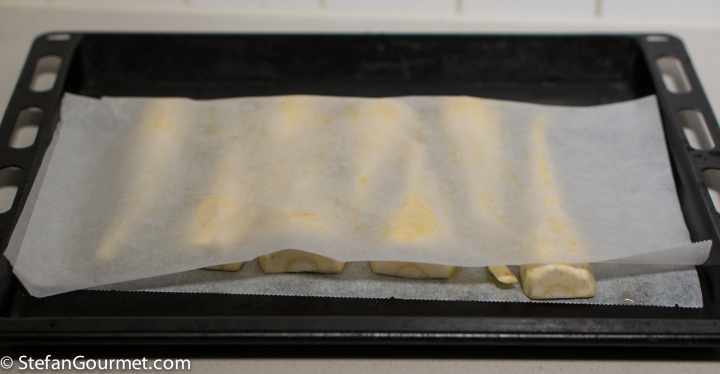 Cover with another sheet of oven paper. (I used one large piece and folded in in half.)

Put a heavy flat container on top of the parsnips, that covers them completely. I used a stainless steel oven dish with baking weights to make it heavier. 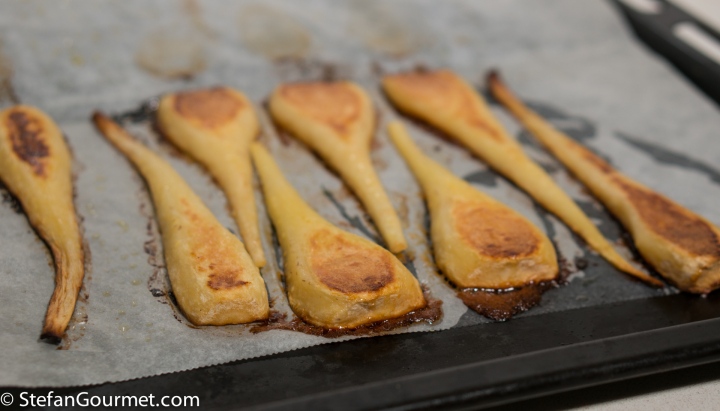 Turn the parsnips so they will cook and flatten more evenly, and return them to the oven.

They are now ready to be served. You may wish to sprinkle them with additional (flaky) salt.

I have not made this coconut cauliflower soup again, but I should because it was great. With roasted cauliflower, coconut milk, and Thai red curry paste it has great depth of flavor.