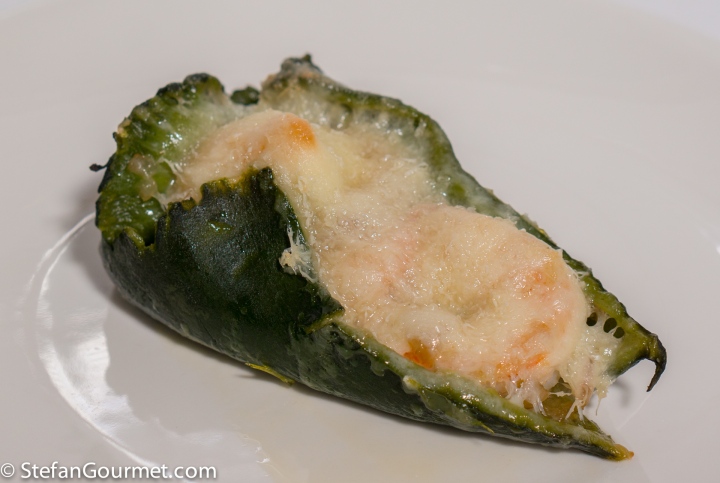 This recipe is quite simple with a limited number of ingredients, but very tasty. The combination of textures and flavors works really well: spicy pepper, earthy shrimp, sweet soft onions, and cheesy cheese. If Poblano peppers are not available or you don’t like the spiciness (they are not that spicy actually), you could substitute them with bell peppers of any color and it would also be great. The only real work is skinning and seeding the peppers.

When roasting peppers to stuff them, the balance is between roasting them long enough so that you can easily remove the skin, but short enough so they don’t become too soft.

I broiled them for about 3 minutes per side.

Then I put the peppers in a plastic bag to soften the skin some more while the peppers were cooling. 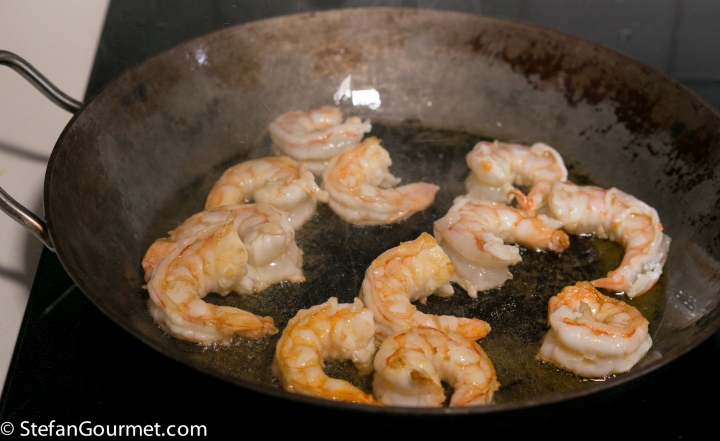 In the meantime, cook the shrimp over very high heat in the olive oil, not more than 1 minute per side. Browning the shrimp will give them more flavor, but they will be cooked through later.

Take the shrimp out of the pan, leaving the oil behind. Season them on both sides with salt and reserve. 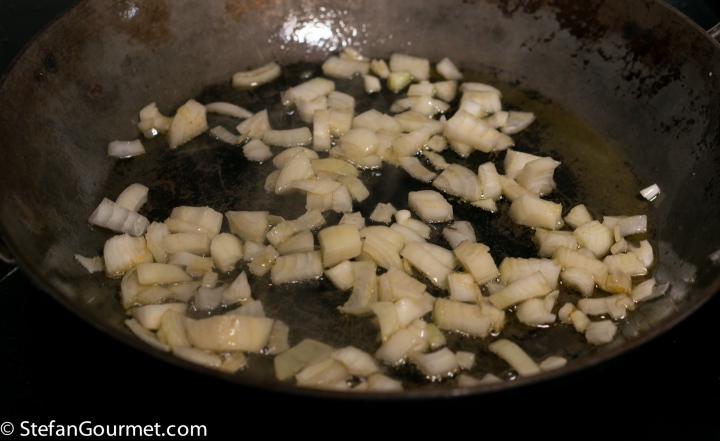 Add the onion to the same pan, and cook over medium-low heat…

…until the onions have softened, about 10 minutes. Then add the garlic… 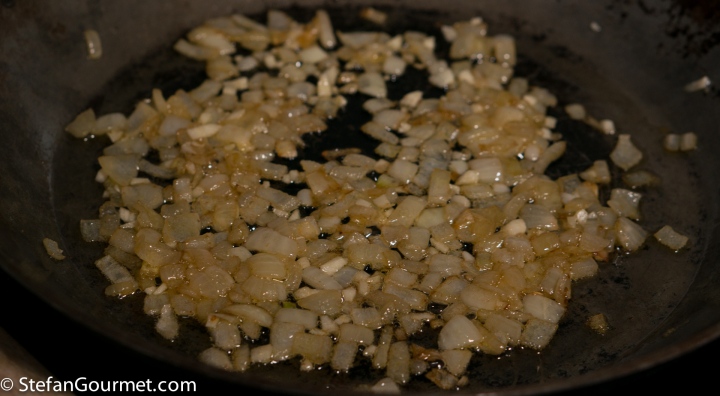 …and cook for another minute. The garlic should not get brown. Turn off the heat.

Peel the peppers. It is not a big deal if a bit of skin doesn’t come off.

Make a slit and carefully remove the seeds from the inside. 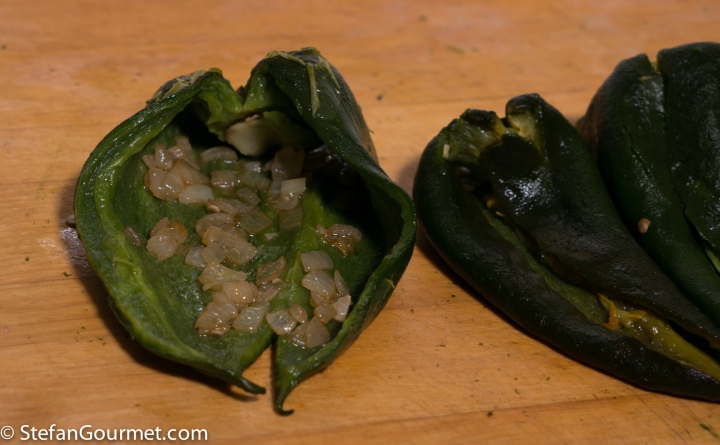 Fill the peppers with half the onions… 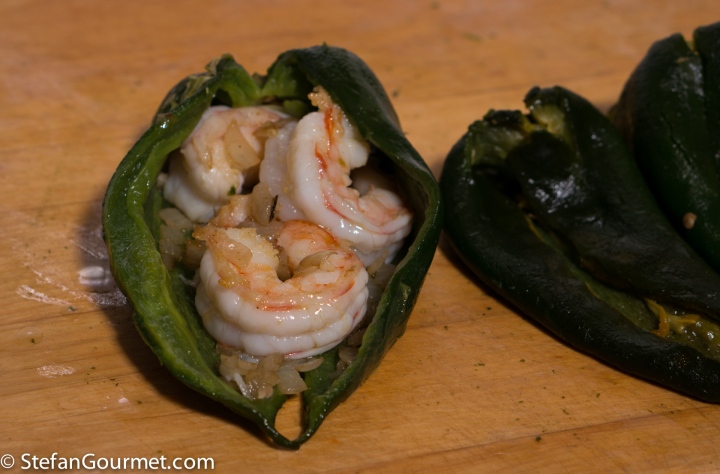 …and the other half of the onions.

We had this with a both a white and a red Burgundy, which means Chardonnay and Pinot Noir. The Chardonnay was the better pairing. 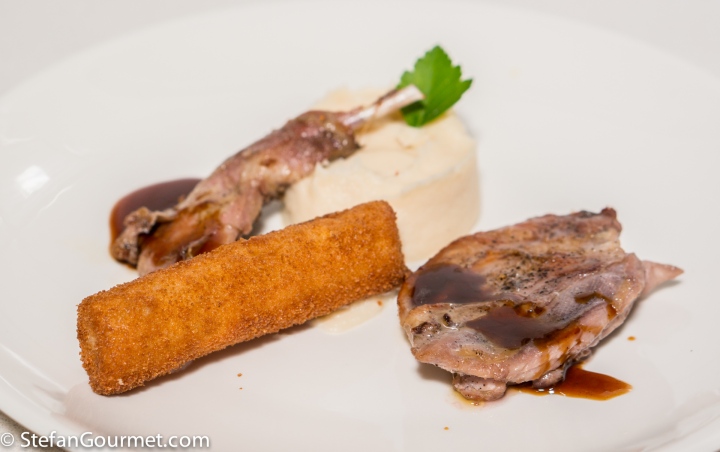 Partridge Sous-Vide with Its Own Jus, Deep Fried Salsify, and Parsley Root Puree